‘Don’t panic’ seems to be one of the most popular slogans of the 21st century, thrown at virtually anyone who shows any sign of anxiousness or uncertainty. Panic is associated with chaos, discord, danger. But apparently panic can be good, on one condition: it has to be productive. If it ignites change, “It’s okay to panic”. These are the words of Szymon Malinowski, the protagonist of Jonathan L. Ramsey’s Polish climate documentary of the same title. 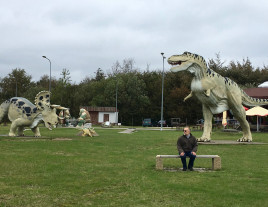 Media / Video
“It’s Okay to Panic”, the new film by the creators of “Smog Wars”, will be released on 1st June 2020. The film’s production was supported by PRZEKRÓJ Foundation.
Czytaj

Reading / society
Jonathan Safran Foer, author of We Are the Weather, talks about pursuing an environmental way of life, the power of poetry, and how he engages in constructive conversation about climate. Julia Fiedorczuk

The film, which made the official selection for the 2020 edition of the Millennium Docs Against Gravity Film Festival, portrays the struggles of 62-year-old Professor Szymon Malinowski. The professor has been studying atmospheric physics for decades. He never ceases to use his immense knowledge, along with his wit and charisma, to open people’s eyes to what seems to be a painful truism to experts of his kind: the looming danger of climate change. The threat of irreversible damage to the world we know is growing bigger every second we keep on steering away from the facts. Malinowski not only knows it. He can also project possible scenarios and time frames. “This truly is an exceptional period. We might actually be nearing the end of time.” However jovial the professor appears, these words of his project deep sadness.

It’s not only our planet that is in transition here. Malinowski’s world is also changing. His father, obviously a role model and huge inspiration, recently passed away. Everyday struggles with climate change deniers are therefore not his only struggle. That intimate thread allows Jonathan L. Ramsey, the American-born Warsaw-based director, to weave countless minutes of family archival footage into the film’s tissue. “Out of my high school class eleven students chose to study physics. We all knew that whatever we do, we’ll make more less the same, so we could base our choices purely on our interests. Who does that now?” Malinowski shakes his head. These vintage reels allow a clear insight into the professor’s values, beliefs and priorities. They also provide a photographic record of moments long gone, when fashion and technology were much less developed, but skies were clearer, winters were snowier, and seasons were more easily discernible. It’s both a gift of immortality for the loved ones who have passed away and additional proof for human crimes against the Earth.

“Who is paying you to say that?” Malinowski hears this question much too often. “It is hard to convince people that I say what I believe in, and nobody sponsors my views,” he sighs. But the question itself isn’t surprising during present times, when every opinion is instantly accused of being ‘sponsored’ by the likes of Soros, Gates or the Illuminati. Among the goals that It’s Okay to Panic manages to accomplish, one of the most interesting – although likely a secondary goal – is shedding light on today’s media landscape. Although media analysis is beyond the scope of Ramsey’s interest, selected clips of Malinowski’s media activity and his opinions of broadcasters serve to prove a point already made by numerous experts. There are no objective media channels anymore, with each one pushing its own agenda, either political or commercial; adjusting the content and sharpness of the message to whichever of the two they prefer. Malinowski has on countless occasions been advised by TV hosts to sound ‘chipper’. Because facts are sad. Who wants to be sad? Sad doesn’t sell.

We’re living in times of unprecedented divide. We are all free to watch whichever media we want. Sounds like freedom, doesn’t it? But it’s yet another trap. When choosing media that fits a particular outlook on the world, we are consequently fed only one particular type of news. No more uncomfortable questions, no pluralism. A homogenized agenda, patting on the back and, as a result, a deepening of the gaping hole between different worlds. Universally important and adequate issues that could – and should – unite mankind, are subsequently labeled either ‘leftist’ or right-wing propaganda. Climate change is, sadly, one of them. In Poland, for example, politicians of the highest calibre intentionally diminish climate science and downplay the consequences of environmentally harmful policies. The Polish government long ago labelled coal as a ‘patriotic’ fuel. As irrational as it sounds, clean energy is often perceived as ‘un-Polish’, even hostile.

When Malinowski describes one of the biggest obstacles he faces in his work, he talks about how “people don’t have knowledge, but opinions” on climate change. The times when a PhD gave at least a shot at credibility are gone, in large part thanks to those for whom blaming everything on ‘elites’ is a useful political ploy. These days, no matter which tool a scientist pulls out of their box, they can be faced with outright, often virulent opposition from a complete muggle, who has “read...” “watched...” heard...”. Everybody is an expert! What we often forget, Malinowski points out, is that it’s just a small segment of what scientists know. The popular science articles available in the press usually operate at an accessible level of scientific knowledge. To put it bluntly: they are edited to be understood by the ignorant masses. By quoting them, we do not become actual experts. Phonies? Possibly. His struggles seem jarringly familiar to those of epidemiologists, doctors and analysts today. It’s Okay to Panic might even gain unexpected topicality due to the pandemic.

It would be uplifting to conclude the doc – and this piece – on a positive note. Malinowski talks a lot about hope. Mostly how, despite having children and hoping to have grandchildren, he doesn’t have much hope. “So many people don’t realize that the climate crisis is nearing rapidly and this might be the last moment we can somehow react. I cannot stop thinking about it.” After watching It’s Okay to Panic, the viewer might have a similar problem. Let’s just hope this panic will be productive.

P.S. While reading this piece, you might want to consider the fact that the internet consumes around 10% of the energy produced on the globe.

The documentary is available on the YouTube channel Ramsey United. More info on www.itsokaytopanic.org.

Media / Video
“It’s Okay to Panic”, the new film by the creators of “Smog Wars”, will be released on 1st June 2020. The film’s production was supported by PRZEKRÓJ Foundation.
Czytaj

Reading / society
Jonathan Safran Foer, author of We Are the Weather, talks about pursuing an environmental way of life, the power of poetry, and how he engages in constructive conversation about climate. Julia Fiedorczuk
Czytaj 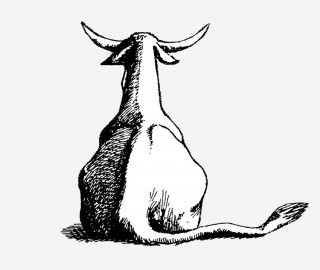 Magazine / society
For ages, the Galloway livestock were part of the landscape of South West Scotland. But there are fewer and fewer old herds. A story about love for cows, beef and nature. Patrick Laurie
Czytaj

Magazine / society
Modern society is moving further and further away from greenery, with forests and parks obscured behind screens and windows. Kamila Dzika-Jurek
Newsletter