The 35-year-old French writer Jules Verne publishes his debut novel, Five Weeks in a Balloon. It will become a bestseller that changes the world.

Reading / culture
We present you with an alternative history of the world, in which the Great Library of Alexandria was saved by Julius Caesar. Adam Węgłowski

This relation of a journey by three Brits over unexplored regions of Africa was not a simple adventure story. Verne, who earlier wrote short stories and plays, wanted to bring to life his idea of what he called “scientific romance”. Supposedly he was encouraged in this by Alexandre Dumas himself, the father of the three musketeers. But Verne wouldn’t have accomplished anything without the support of well-connected publisher Pierre-Jules Hetzel. He also believed that in an era of exceptional technological development, a “scientific romance” was sure to catch on with readers thirsty for knowledge. But he never suspected what huge success he’d achieve with Verne.

They signed a contract on the morning of 23rd October 1862 in the bedroom at the back of Hetzel’s bookshop, where the publisher used to receive morning guests. The gentlemen didn’t have a lot to say to each other: the writer was abashed, and the publisher was in a hurry. There was so little time to print that Hetzel didn’t even change a thing in the manuscript. But his instincts were correct: the book hit the bullseye. While the first printing was just 2000 copies, it has since reached into the millions. All of Verne’s novels together have sold more than 100 million copies.

Five Weeks in a Balloon won immediate recognition. Reviewers appreciated that Verne’s novel was both entertaining and educational. They stressed that even though it talked a lot about scientific discoveries and technology, there was also no shortage of adventure, emotions and humour. It was compared with the adventures of Robinson Crusoe and of Gulliver. It is no surprise that in 1863 a translation of Five Weeks in a Balloon appeared in instalments in the Warsaw publication Gazeta Polska. But in Poland, where the January Uprising was under way, the residents had bigger problems than keeping control of an airship. It was different in, for example, the UK. There, the first Underground line was being developed. The Western powers were investing in industry. Technological miracles kept appearing. The citizens of the West could afford to travel the whole world, and the whole world bowed to them. There were no borders for them – neither in their imaginations, nor in reality.

After the publication of Five Weeks in a Balloon, a reviewer expressed regret that the novel didn’t include a map showing the route of the heroes’ balloon. Verne wouldn’t repeat this mistake. Maps would be a mandatory feature of the volumes published in Voyages extraordinaires, as the series Verne would write for Hetzel would later be called, which eventually totalled 50 books. And even after the author died in 1905, further posthumous works were published. This is evidence of how over several decades, Verne inspired the fantasies and aspirations of millions of readers.

He sent them up to the moon on a rocket shot out of a giant cannon. He led them to the poles, through oceans of ice. He described wonderful, mysterious islands, where survivors of various shipwrecks washed up. He showed them deep-water ships, submarines, airships, giant and marvellous steam-powered machines. He took them through the crater of a volcano to the centre of the Earth, where antediluvian creatures could live. He told them of far-off lost civilizations, tribes lost in the jungle, and sent a hero to the sunken Atlantis. With his heroes, he sought deposits of precious ores and unusual minerals. He stumbled across monsters of the land and sea. He tracked meteors. He told of giant inheritances, which could be better spent on scientific research and travels than on new, deadly weapons.

Sometimes Verne brushed against politics, but it never played the starring role in his novels. After all, he based his writing on the national and racial stereotypes of the day – from our point of view sometimes shocking, but normal at the time (and he often spoke from a position more progressive than it was conservative). Among his villains were slave traders, pirates, the greedy, the cruel, and millionaires who wanted to take over the world. Unfortunately, he never dropped in on Poland in his books; the closest he got was Livonia. But he did almost make Captain Nemo a Pole.

Bookworm in a balloon

Where did the Frenchman get his ideas? From books, from conversations with friends and aficionados, and most of all from newspapers. Verne was a bookworm; he would cut out the most interesting articles from the newspapers and keep them in his archive. Even at the height of his fame, after writing dozens of books, he still had 20,000 unused clippings in his files.

But nothing lasts forever. Today, Verne’s prose has got so old and seems so anachronistic that it already bores and amuses adults. Once it inspired them, but today it mostly reaches young readers. Yet if it’s able to spark an interest in science and the prospects for progress, Verne’s efforts have stood the test of time quite well.

And it would have been enough for Hetzel to send back his manuscript with a note saying “We’ll let you know....” We wouldn’t have Five Weeks in a Balloon, or Around the World in Eighty Days, or Two Years’ Vacation, or 20,000 Leagues Under the Sea (to mention just the best-known bestsellers whose titles include numbers). We wouldn’t have the books, comics, games and films based on them. Or the writers, directors and artists they inspired. Or the generations of scientists who grew up on Verne, and then took the human race to the bottom of the ocean and into outer space.

When he published Five Weeks in a Balloon, Verne didn’t even dream of the immortality he would achieve. He was a rational, cautious person. He didn’t even take his first balloon ride until 10 years after the publication of the bestseller that became his ticket to fame. It lasted 24 minutes. And it was his only flight. 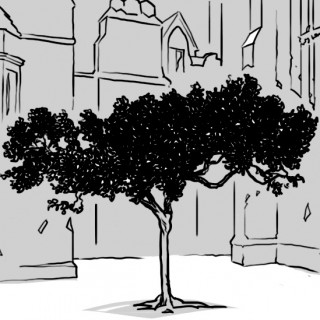 Reading / science
Trees can live for hundreds – and in some cases, tens of thousands – of years, making them the most well-versed historians… if only we could communicate with them. Adam Węgłowski
Czytaj