After his failed attempt to turn lead into gold in front of his students, the disgraced alchemist Cagliostro disappeared from Warsaw. “Gone! He fled, and even his students did not try to stop him! He instructed one of them to keep watch over a lamp and the Alchemical Egg, promising that very soon, he would send a pinch of powder as proof of his reputability. Other adepts were so cruel they did not even come out to bid him farewell when he was mounting the carriage. And so he vanished into thin air,” wrote Count Moszyński, who exposed one of the most impudent swindlers of the 18th century, the age of reason. For the great Cagliostro, this was the beginning of the end.

The young wolf of Sicily 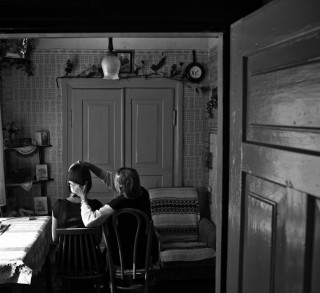 Reading / society
What does it mean to be a witch in 21st-century Europe? Our new cross-border reportage tries to answer this question by looking for the granddaughters of the witches that Europe was never able to burn. The heroes of the first part include village healers from North-Eastern Poland. Ada Petriczko
Czytaj 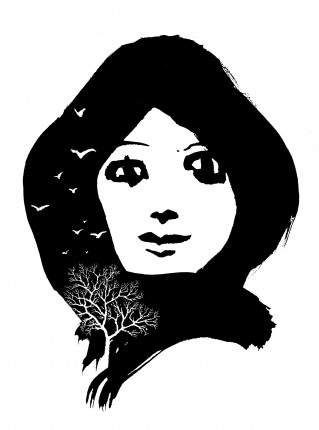 Magazine / society
The Kashubia region in northern Poland is home to the country’s last generation of witches. These women use their powers to cure and help people, as the grand-niece of one such witch finds out. Stasia Budzisz

Giuseppe Balsamo, as was his original name, was born on 2nd July 1743 in Palermo, Sicily. By the age of 10, he had already lost his father. As he reminisced later, his poor mother could not afford to provide him with either an education or future. However, Giuseppe was manually gifted – he could draw beautifully and was excellent at calligraphy, so aged 15, he was sent to a Catholic order. He did not like this new arrangement, but it was in the monastery that he started to develop a fascination with medicine and chemistry.

Balsamo decided to chase his luck (and the so-called Philosophers’ Stone, supposed to be an alchemical key to all riches) outside the monastery walls. The young man launched his charlatanic career in 1764, convincing a dull-witted yet wealthy goldsmith named Marano that he could not only turn lesser metals into gold, but also (for a hefty fee, of course) would lead the goldsmith to buried treasure. Balsamo was supposed to receive 60 ounces of gold as payment for letting Marano keep the whole treasure chest in exchange. All they had to do was dig it up…

When the clock struck midnight, they met at a secluded spot outside Palermo. Rushed by the greedy and cowardly goldsmith, Balsamo drew a few magical signs on the ground, muttered some spells… And suddenly, devils sprung out from nowhere: hairy, with horns, fangs and claws, spitting fire and brandishing their pitchforks. They tanned Marano’s hide, took all the gold he had brought to pay Balsamo, and vanished. Giuseppe told the frightened goldsmith that dealing with the Devil was more than he could handle, and fled the scene. Moments later, he was sharing the loot with his accomplices, who had just taken off their uncomfortable shaggy costumes.

The birth of Cagliostro

Thanks to such tricks, Balsamo got enough money to not only travel across Europe, but also to go on the trip of his life, during which – according to his own account – he saw the Middle East, Greece and India, where he keenly studied alchemy and occultism. In the holy Arab city of Medina, he met a Greek alchemist and mystic called Althotas, who owned a collection of manuscripts filled with secret knowledge. Althotas also introduced Balsamo to the wisdom of the ancient Egyptians. Giuseppe figured this would be a sure way to riches, power and fame.

For many years, he tricked the wealthy and prominent of his world out of their money, accompanied by his stunningly beautiful and clever wife Lorenza Feliciani. The couple travelled under many pseudonyms. She called herself Serafina, and he – De Fenix, De Harat, De Belmonte… But most often, he went for Count Alessandro di Cagliostro.

The great Cagliostro would heal people with his touch and made miraculous ointments. He drew up horoscopes, read the future, told fortunes in water, read minds, dabbled in necromancy and hypnosis. He claimed to have learned the mystery of the Philosophers’ Stone. Balsamo discovered the mysticism of the Rosicrucians and in 1776, he joined the Masonic Lodge in London. Thanks to freemasonry, he met such celebrities as the author of the Declaration of Independence Benjamin Franklin, and the famous Venetian seducer and spy Casanova, who by then was reaching the dusk of his career. Cagliostro also heard many a telltale of Johann Adam Weishaupt, the founder of the Bavarian Order of the Illuminati. It even made him consider setting up his own organization…

For all these years, Cagliostro managed to avoid any troubles and exposure as a fraud. His luck ran dry in May 1780. First, he failed to dazzle the Empress of Russia, Catherine the Great, in Saint Petersburg. In an effort to salvage his reputation, Cagliostro came to Warsaw. “In those times, almost every chemist sought a method for producing gold as the legendary Philosophers’ Stone would do. This strange idea took over almost all minds across Europe, and the desire for wealth had reached our nation also. Some lords were ready to spend their entire fortunes on this goal,” wrote the chronicler Antoni Magier. “When walking down the streets, one could see iron pipes sticking out of houses here and there, meant to expel the smoke outside.”

Cagliostro was also said to have impressed Polish noblemen with his mystical skills. He started with spiritual seances in Prince Poniński’s palace. Then, he promised to turn mercury into silver. To his misfortune, he agreed to do so in the presence of Count August Moszyński, an educated man who was a chemist and economist. And sure enough, Moszyński realized he was dealing with a crook. Indeed, Cagliostro did produce silver in a crucible that had previously contained mercury, but as it turned out, he managed this feat of alchemy by simply swapping the vessels!

On 26th June 1780, the alchemist left Warsaw in a panicked rush, but not before collecting all the jewels and valuables given to him by the gullible noblemen. Luckily for him, Moszyński’s report on his fraudulent activities did not spread across Europe like wildfire, although this surely would have been well-deserved. The delay allowed Cagliostro to present his version of the events, in which he cast himself a victim of unfair accusations.

Two years later, Cagliostro established his own rite of Egyptian Freemasonry in Lyon and became its leader, calling himself the Grand Copt and using an arrow-speared snake with an apple in its teeth as his sign.

In 1785, he tripped again. Cagliostro’s lodge friend, the French Cardinal de Rohan, pulled him into the Parisian ‘Affair of the Necklace’. The scandalous fraud was spun around the purchase of an exorbitantly-priced trinket for Queen Marie Antoinette, shocking the entire nation (it also helped trigger the French Revolution). Whether Cagliostro was part of it or not, he still landed in prison for six months.

Once the Revolution broke out in 1789, Cagliostro left for Rome with Lorenza, and there, the Church pounced. The man was imprisoned and accused of heresy, witchcraft, attending Masonic practices, and the distribution of forbidden books. The Inquisition sentenced him to the death penalty, which the Pope graciously mitigated to life in prison. No tricks helped Cagliostro escape the papal dungeons. On 26th August 1795, he died of an apoplectic stroke in the ghastly Fortress of San Leo.

Those who believe in supernatural forces could say that Cagliostro finally experienced the ‘transmutation’ he was after – except it was the final one. Yet his legend lived on, in the works of Goethe, Dumas and Mozart.

Reading / society
What does it mean to be a witch in 21st-century Europe? Our new cross-border reportage tries to answer this question by looking for the granddaughters of the witches that Europe was never able to burn. The heroes of the first part include village healers from North-Eastern Poland. Ada Petriczko
Czytaj 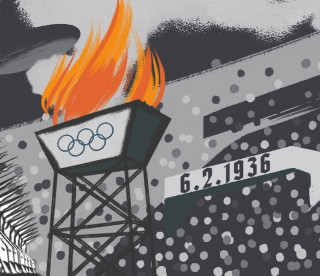