Przekrój
Ursula Phillips speaks with Valdemar about being a Slavic librarian, the inherent compromises of translation, ...
2019-11-06 09:00:00

In the Valdemar Questionnaire, we give voice to translators who reflect on their work and role as intermediaries between languages and cultures. In this instalment of our series, Valdemar takes on Ursula Phillips, the translator and indefatigable promoter of Polish women’s literature.

Reading / literature
Antonia Lloyd-Jones speaks with Valdemar about grisly murders, the elegance of Polish, and the lanky ghost of Józef Czapski. Ernest Valdemar

How did you become a translator of Polish?

By default. I never planned a career as a translator. I came from Russian and German studies, worked for many years as a Slavic librarian. When I started to learn Polish in this context in the early 1980s, something (a spirit from Beyond?) prompted me to start translating. My training has been entirely practical, based on experience.

Why do you translate from Polish?

It is now the language I feel I know best. There are many unknown Polish works I would like to make available in English, although the choice made by translators is not the only factor in achieving this: publishers have to be convinced that there is a potential audience and therefore market.

Freedom, being my own boss, not being tied to set working hours, although it is essential to be disciplined. Also, being able to spend all day working with literary texts.

That I am never totally satisfied with the finished product, that I constantly want to change things, improve things. A long time has to elapse before I can bear to read again any of my published translations; I am bound to come across something I know I could have done better, differently. A translation is always a compromise, only one of many possible versions; one day’s decision may not be tomorrow’s.

Why did you decide to translate “Izaak Feldwurm’s Manuscript”?

I fell in love with the atmosphere and tone of this story and the others that make up the whole collection Ptasie ulice (Bird Streets). I was learning Yiddish at the time, and was fascinated by the way in which the former life and culture of the streets lies just below the surface of present-day Polish reality, there to be seen and felt if you open your mind.

In the book, the dead Feldwurm is described as an uninvited guest, who pesters the living. Who or what is the ghost that pesters the translator? (Valdemar wants to know...)

Well, is Feldwurm dead? We never know for sure. I often sense the spirit of my former teacher of Polish, he prods and encourages, but can also be as critical as he was in life.

What was the most difficult moment in translating this book?

Definitely capturing its mood. It is nostalgic and sometimes poignant, but never sentimental, also gently humorous – getting this balance is difficult in the transfer into English.

What one word will you remember from the book?

Hochsztapler: an ‘imposter’. A useful word in the context of mediums...

What is your favourite sentence in “Izaak Feldwurm’s Manuscript”?

“If he regretted anything, then it was the rejected pages, as if with every screwed-up piece of paper there perished not only a slice of Warsaw, but also someone’s name, and along with the name, also the person.”

I would say the syntax and the fact that Polish is an inflected language, which means that elements can be moved around in a sentence for emphasis or poetic effect; the nature of English grammar and word order means that such possibilities are restricted and therefore present a fundamental challenge to the translator’s inventiveness.

I would say a ‘mediator’ (between languages) rather than a ‘medium’. I hesitate to totally dismiss them (you never know, perhaps not all are imposters?) but I stay well clear of spiritualist mediums! The spirits of the dead should be left in peace.

For me it has to sound natural, convincing – even if this is a deliberate deception on the part of the translator, by which I mean language can be inventive, foreign elements can be retained, the stylistic possibilities of English can be expanded, provided the new text flows naturally, without awkward formulations.

Yes and no. In terms of ‘sense’ or ‘content’, yes, most things can be translated. When it comes however to an author’s original use of language, based for example on grammatical structures specific to Polish, or to culturally and/or geographically exclusive concepts and vocabulary, then translation can only be an approximation, and some things will inevitably be lost. A translation can never be a carbon copy of the original.

I am planning to translate Pola Gojawiczyńska’s Dziewczęta z Nowolipek [The Girls from Nowolipki], published in 1935. Set immediately before the outbreak of the First World War, the group of working-class Polish and Jewish young women inhabit the very same part of Warsaw as the protagonists of Piotr Paziński’s Bird Streets.

Playing the piano. It completely takes my mind off translating. I need to switch off in order to recharge the batteries...

The moment when a publisher responds positively to the translator’s pitch and agrees to sign and fund a translation.

The idea that a translation should read as if it had originally been written in English.

Is there any author you are afraid of translating (Valdemar wants to know)?

Well, I’m rather wary of those Romantic poets. I have wrestled, I am not sure if successfully, with Mickiewicz – but Słowacki, Krasiński, I sense they are rather too far Beyond my spiritual range.

I have often wished I could be reborn as an opera diva – music reaches parts words cannot reach, and its emotional impact does not have to be translated, although it too has to be somehow communicated by a performer.

A translator from Polish and a scholar of Polish feminist literature. Her translational output includes: Narcyza Żmichowska’s The Heathen, Maria Wirtemberska’s Malvina, Wiesław Myśliwski’s The Palace, as well as several books by Agnieszka Taborska. Phillips’ translation of Zofia Nałkowska’s Choucas was awarded the Found in Translation Award in 2015.

Reading / literature
Racing across mountains and remote backwoods, a solitary figure is on the run from a team of heavily armed hunters. Will he manage to get away? Antonia Lloyd-Jones's translation of a previously unknown story by the great master of science fiction. Stanisław Lem
Czytaj
Julia
Fiedorczuk

Reading / feuilleton
An anecdote about rescuing washed-up jellyfish can teach us a broader lesson about how we might treat the environment we live in.
Czytaj 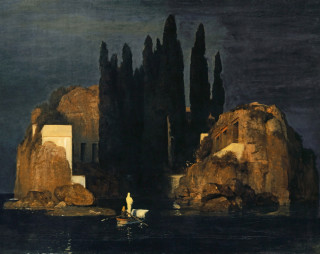 Magazine / culture
As the literature of recent centuries shows, our relationship with silence – as ritual, as protective, as deathly – has a long and rich history. Ewa Pluta
Newsletter