The Dreams of the Sleeping Knight
A Metaphor for the Unconscious

Magazine / culture
The legend of the sleeping knight, who will one day awaken as a saviour, appears in various myths. How can we interpret it? Monika Waraxa

They reportedly sleep in a large cave somewhere in the Kościeliska Valley, where regular mortals rarely enter. It seems that King Bolesław the Brave brought them here centuries ago. They are fast asleep; clad in their golden armour, they sit on their steeds and wait. Some people say they will wake up when a great misfortune strikes the homeland. Others claim it will happen when the world becomes noble and righteous, but evil will still be running rampant – the knights will have to fight the dark forces to prevent them taking control of the hearts of people.

So they sleep, and once in a while one of them wakes up and asks: “Is it time yet?”

To which the knight on watch responds: “No. Not yet. Go back to sleep.” And so they do, only the horses shuffle their legs and their shoes have to be changed every few years.

That’s why, people say, a certain blacksmith’s apprentice, who was on his way back home from faraway lands, appeared in the underground grotto. He was walking along whistling a merry tune, and suddenly came to a stop, stupefied at what he had just seen. An enormous wide open gate appeared before his eyes, beckoning him to pass through it. Led by his own curiosity, the apprentice crossed the threshold and immediately happened upon a knight in heavy armour and sword in hand, who seemed to have been waiting for him.

This frightened the young blacksmith; he wanted to turn back, but the words of the knight stopped him.

No longer in fear, the apprentice obediently followed the knight. They walked down a narrow hallway that led them straight into a giant chamber, illuminated by a gentle light and filled with a sleeping army.

The blacksmith was awestruck. All these knights! All these horses! Yet the army was lifeless, petrified like the rock walls.

“They’ll wake up when their time comes,” the guide knight explained. “They don’t need anything, only the horses need their shoes changed. And you’ll do it.”

The young blacksmith rolled up his sleeves, reached for the tools and horseshoes he found lying in the corner of the chamber, and got to work.

We don’t know how long he worked. Because time in there passes differently than in the outside world. But he finished the work and got handsomely paid, much more that he did for the hard labour he endured during his journey abroad, and headed home.

Back in his village, he told everybody about his adventure, but almost nobody believed him.

“It’s probably a dream you had along the way,” some would say jokingly.

“Show us the gate and we’ll believe you,” others said.

But the young blacksmith was not able to find that spot. Yet he swore that he was in the grotto, that he saw the sleeping knights, and that he had changed all the horses’ shoes.

The Dreams of the Sleeping Knight
A Metaphor for the Unconscious

Magazine / culture
The legend of the sleeping knight, who will one day awaken as a saviour, appears in various myths. How can we interpret it? Monika Waraxa
Czytaj 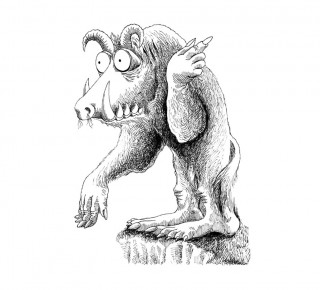 Reading / literature
One of our authors imagines the encounters of various Swedes – and a Pole! – with a mythical imp known as Pukke. Grzegorz Uzdański
Czytaj 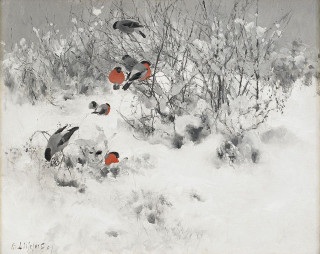 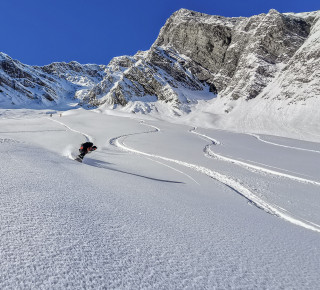 Magazine / society
Georgia is full of wild mountains and generous hospitality, according to a snowboarder who now calls the Caucasian country home. Wojtek Antonów
Czytaj 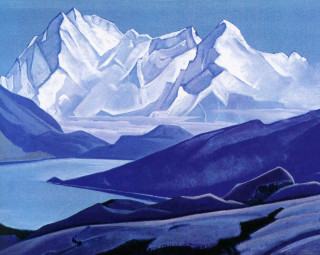 Magazine / culture
Mountains hold a powerful place in the cultural imagination, not only as impressive feats of nature, but also as sacred, foundational sites. Ewa Pluta
Newsletter