The cover presented below has nothing to do with the “Przekrój” kittens described in this article. It’s only a representative of the feline type, among almost 500 kittens who graced the covers of the magazine throughout its history. All of them were photographed by Wojciech Plewiński, who shot several hundred cover photos, the only full-time photographer between 1956 and 1990. But the idea for the series came from the editor-in-chief, Marian Eile.

Plewiński made it onto the staff thanks to the intercession of Barbara Hoff, who ran the fashion section, along with Janka Ipohorska. This happened during the same period when Piotr Skrzynecki set up his Piwnica pod Baranami [Cellar Under the Rams] cabaret in Kraków, where Tadeusz Kantor opened the Cricot 2 theatre; the Stodoła student club opened in Warsaw; and in Białystok the first self-service shop in the country welcomed its first customers. The first three-phase atomic bomb was detonated over Bikini Atoll, Marilyn Monroe married Arthur Miller and Grace Kelly tied the knot with Prince Rainier III, and a 16-year-old Pelé stepped onto the pitch.

In addition to Plewiński, Brigitte Bardot was also starting her career. And God Created Woman appeared on the screen, making her a symbol of sex and sensuality.

But Poland’s reality at that time was quite innocent, not to say provincial. There were no advertising or modelling agencies. The role of model was sometimes played by woman tractor drivers or work leaders. So Eile’s idea of putting young beauties on the cover was an innovation. It was the editor-in-chief who set the criteria for selecting candidates. Blondes were the most sought-after; in print, dark colours just turned into a black blob, which ruled out brunettes. So beauties of the Marilyn Monroe type were preferred, with small, turned-up noses (because big noses photograph poorly). Blue eyes were the best, because they were light.

The second criterion was age. The ideal candidate was 23-years-old at most. It was best if she was still in school or college. From an artistic school; maybe an architecture department. Future actresses were comely as a rule, and painters, sculptors and architects really knew how to dress. That was important, because all aspects of the sessions – from the location, through the lighting, to the styling, hair and make-up – were the responsibility of the photographer. A kitten had to appear on the pages of the magazine every week, and the sessions took up a lot of time and energy.

Candidates were suggested to Plewiński by friends, relatives, contributors to the magazine; everyone, really. Sometimes the mothers of potential kittens. They were discovered in school canteens, in bars and cafés, in parks – practically everywhere. Plewiński then had to convince them, sometimes winning the approval of their guardians or fiancés. And, of course, he needed Eile and Ipohorska to accept them too. With time he became so fluent in the art of make-up that the same girl appeared on several different covers, and nobody at the magazine noticed.

Many of the women who caught Plewiński’s eye gained great fame over time. This category certainly includes Anna Dymna and Beata Tyszkiewicz. He photographed both of them when they were still in secondary school. Already then he perceived something in them: potential, personality. Ugly girls never made it onto the covers, but a pretty face wasn’t any guarantee of a slot.

Over the years, the “Przekrój” kittens have been written about quite often. The subject appeared in every interview with Plewiński. On the one hand, the kittens brought him fame; on the other, they became a curse. They were the main association with his name, even though he also, or maybe even primarily, did theatre photography and reportage.

“Przekrój” itself even wrote about the kittens. In the section “Thoughts of great people, middling people and Fafik the dog”, maxims can be found from the Rojek Brothers, meaning Eile himself: “A kitten is good for a trip to Młociny, but not into interstellar space.” Or: “Good kittens are like intercity phone exchanges – always busy (taken).” His words were echoed by Fafik the dog: “Kittens? I’m a hound-dog for them!” Even Janka Ipohorska, aka Jan Kamyczek, wrote in a similar tone. Under the pseudonym Krecia Pataczkówna she joked: “Morality is strong in me, but a kitten is stronger.”

A “Przekrój” kitten was supposed to be pretty, of course, but not particularly clever. That’s it – an aesthetic accoutrement to the magazine; a pretty face smiling from “Przekrój”’s window on the world. They were girls to look at, not to listen to, and not to converse with. Actually it’s good that the term ‘kitten’ was adopted. At that time, attractive women were still called ‘chicks’ or ‘dolls’.

Between 1945 and 2000 the word ‘feminism’ appeared on the pages of the magazine five times, and ‘liberation’ seven, of which two were references to the emancipation of black slaves in the US, and once about Bolesław Prus’s The New Woman.

Feminism itself was described only once, four years after the war, in a propaganda text about the superiority of communism over capitalism. After that, the concept appeared in reprints of Simone de Beauvoir essays. There was also writing about crazy, dangerous American feminists. And that’s it!

For us, the creators of “Przekrój” today, the kittens are a symbol of a bygone era. We look at them with sentiment, but this isn’t a theme we’d like to continue while creating a magazine for the second decade of the 21st century. Like Eile and Ipohorska, we want to show you the news; share new things with the world.

Long live the kittens! And women are people too. 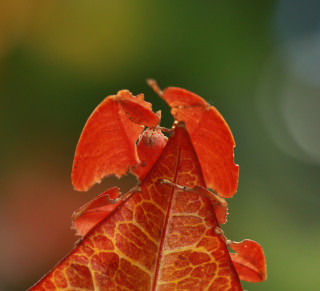 Jungle Liars
On Mimicry in Nature

Magazine / science
The natural world is full of examples of mimicry, whereby animals adapt or change their appearance in order to deceive nearby threats. Szymon Drobniak
Czytaj 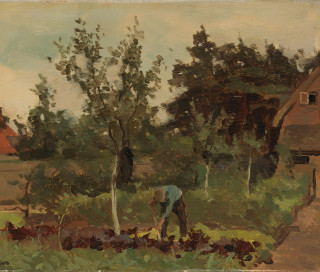 Magazine / society
‘Allotment earth is like the cache on a public computer, it holds too much information.’ Rebecca May Johnson
Czytaj 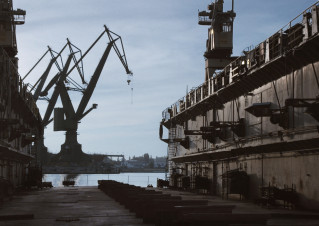 There Is No One Truth
An Interview with Andreas Hoessli

Reading / culture
Swiss journalist and film-maker Andreas Hoessli talks about the connection between the Iranian Revolution and Poland’s Solidarity movement, how we represent history, and his new film “The Naked King”. Dariusz Kuźma
Czytaj 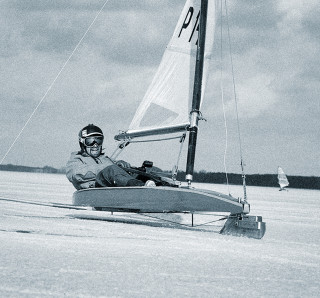