Mikołaj Gliński: How does it feel to be a translator of a Nobel Prize winner? Isn’t it the ultimate goal for all translators? The crowning of all their work?

Antonia Lloyd-Jones: I’m thrilled to bits, though to be honest, I had never thought about it from the translator’s perspective. I had realized that Olga Tokarczuk was likely to win the Nobel Prize one day, but did not relate that to my own work. I have had lots of very kind messages from around the world congratulating me and suggesting that I had something to do with her victory, but my response is that I am just the monkey, not the organ grinder. And I am one of very many monkeys, and a very small one at that – I have only translated three of her novels and a handful of short stories. Whereas Jan Henrik Swahn has translated all Tokarczuk’s work into Swedish, and I’m sure his hard work had a great deal to do with this victory. And my fellow translator into English, Jennifer Croft, won the Man Booker International prize last year jointly with Olga for her translation of Flights – those are major achievements. I’m very pleased to see that the Polish translators’ association, the Stowarzyszenie Tłumaczy Literatury, has published a list of ALL Olga’s translators, which you can find here.

Do you remember your first encounter with Tokarczuk’s books?

Yes, the first one I read was Dom dzienny, dom nocny, soon after meeting Olga and spending time in the house and the area that inspired the book. I went on to translate it, and to make regular visits to the house, so it became a very personal experience. I highly recommend a trip to that magical part of Poland, the Kłodzko Valley (‘Kotlina Kłodzka’ in Polish), with a copy of House of Day, House of Night (as that book became in English) as a guidebook. It will tell you far more than the usual kind of guidebook. After that, I read everything that Olga wrote as soon as I could get hold of it.

What is the quality you most admire about her work?

Media / Audio
A corpse has been discovered at a retirement home run by nuns, but Zofia is not convinced that the death was entirely natural... Antonia Lloyd-Jones translates an excerpt from the first novel in a period crime series featuring Zofia Turbotyńska.

Her books are all very different – she never writes the same thing twice, in terms of form as well as content. Her novels share a metaphysical quality, a mysterious atmosphere that’s often unsettling, but that exposes us to the world around us, and sharpens our awareness of our own presence in it. But I think the quality that I admire the most about her work is her superb talent for story-telling. She keeps us riveted to our seats, wanting to know what will happen next to her strange protagonists. We can relate to them, but they are also a spectacle, people we want to stare at from a safe distance, though she’s very good at drawing us in, uncomfortably close. I find myself thinking about her stories very often. Once we let them in, her characters, places and ideas stay in our minds for good.

Looking back on those years of translating Tokarczuk and Polish literature, what do you think was the most important step towards this day on this path?

I can’t speak for translations into other languages (as I’ve tried to say above, lots of translators have contributed), but where English-language publications are concerned, I think several of the most important steps have been taken by my friend and colleague Jennifer Croft. When I translated House of Day, House of Night, Jennifer was a student, and had fallen in love with Olga’s writing at first sight, on reading her short story collection, Playing Many Drums. She got in touch with me to ask if I could help her to get her translations of some of the stories published. I could see at once how talented she is, and we soon formed a team. Between the publication of Primeval and Other Times in English and Flights, she and I spent many years banging on publishers’ doors without success. But she was very persistent, and had a complete translation of Flights to offer at just the right moment for publication in time for the 2017 London Book Fair, where Poland was the ‘market focus’ country. She pitched it to Fitzcarraldo Editions, whose owner and founder Jacques Testard (a young but visionary publisher) could see what a great book it is. Another key person who can take a lot of credit for Olga’s success in English is Izabella Kaluta from the Book Institute, who chose Olga as the lead writer for the Polish representation at that London Book Fair. So rather than one important step, there have been lots of small but important steps, contributed by a range of people making a determined effort over many years. It’s wonderful to see how all that work by so many people in so many countries worldwide has brought this fabulous reward.

Media / Audio
A corpse has been discovered at a retirement home run by nuns, but Zofia is not convinced that the death was entirely natural... Antonia Lloyd-Jones translates an excerpt from the first novel in a period crime series featuring Zofia Turbotyńska.
Czytaj
Ludwika
Włodek 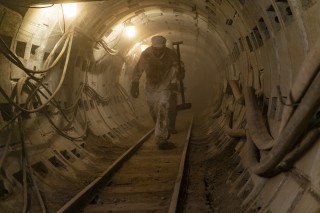 Reading / culture
The latest miniseries from HBO beautifully captures Soviet aesthetics, but is lacking elsewhere. A Belarusian writer suggests that “Chernobyl” fails to portray the complex nuances of language in a society enslaved by totalitarianism. Victor Martinovich
Czytaj 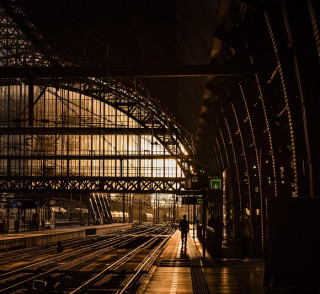 Reading / literature
One day, Jan Radecki, a doctoral student in neuroscience, discovers the opportunity to apply for a grant from the Ministry of War for an ambitious project involving mirror neurons. Will his project get the funding? And is the project itself ethical? Michał Sosiński
Newsletter