The particularly brutal wildfires raging in Australia for the last few months have consumed an area larger than Switzerland, killing 29 people and an estimated one billion animals so far. Earlier this month, Australia mobilized its army and New Zealand sent reinforcements to fight against these fires that simply refuse to give up. This is the largest military mobilization in the region since the end of World War II.

Reading / science
On this day in 1952, just over a decade after the wartime Blitz, death from above hit the streets of London again. Smog was everywhere, blinding pedestrians and even creeping into cinema screens. Adam Węgłowski

An estimated one billion animals, half of the entire koala population, lost. But these numbers only cover mammals, birds and reptiles. There are no estimates for bats, amphibians, insects, nor indeed for the microfauna. It is not known how many species of animals and plants have been lost forever, nor what role they played in the local and global systems that support life on Earth, because – contrary to appearances and in spite of the technological arrogance of our times – we have a very poor understanding of the complex network of interconnections between all the organisms, processes and phenomena on Earth.

Fires in the Australian bush are a natural phenomenon, but never before have they been of such a catastrophic size. The causes of this still unfolding tragedy are man-made climate change and irresponsible water management. This is not just some random opinion, but an undisputed fact, confirmed by science. 2019 was the hottest and driest year in Australia on record. As the editor of The Guardian’s Australian edition, Lenore Taylor, wrote, the country wasted decades on an unnecessary culture war, bogged down in climate denial.

The Aboriginal artist and activist, Bruce Shillingsworth, born at the source of the Darling River in south-eastern Australia, speaks bluntly about the crime committed by corporations on the river and its people; people whose lives had been connected with the river for thousands of years. Powerful cotton plantations and irrigation companies steal the water. The river is dying and its people are forced to buy water from corporations. Shillingsworth recently compared this to genocide. Corporatism is a new, extraordinarily brutal form of colonialism, which is wiping off the face of the Earth not just human and non-human beings, but also ways of life, societies, languages and wisdom handed down from generation to generation over thousands of years. Shillingsworth’s call is to “put the water back in the rivers.” He says: The Darling River is dying. We desperately need help. Calling on the representatives of the First Nations (the indigenous people of Australia and the Americas) to come together, he declares “we need dances, we need stories, we need ceremonies.” He talks of the need to sing to the land and listen to the voice of the river. He talks of the healing role of stories and the wisdom within them; stories that must live on if the rivers and people are to survive.

Heal the river with song? A ‘civilized’ person might say that this is just naïve. Isn’t believing that a river is a living, spiritual being just primitive animism? But ‘primitive’ compared to what? On the other, ‘theoretically-rational’ side of the argument, the Earth is being killed off and reduced merely to a supplier of natural resources. Our ‘enlightened’ approach is founded on the illusion that colossal actions that transform the environment can proceed without having any impact on the general state of the planet. The objectification and commoditization of the Earth has led to the sixth great extinction and the Great Pacific garbage patch. For Shillingsworth, dancing and singing are the first steps towards creating a community that will rise up. “As long as we live,” he says, “there is hope.”

The American political scientist Erica Chenoweth argues that non-violent civil disobedience is the most effective form of protest; more effective than armed revolution. In order to deliver serious political change, 3.5% of the population has to join the protest. As little as that. Three or four people in one hundred. This isn’t impossible. Change is not impossible.

There has been a new doctrine circulating in left-wing thinking about climate change for some time: it is not individual consumers, but corporations who are responsible for destroying the planet, and shifting the responsibility onto normal people like us is just one more ploy of neoliberalism. Every now and again, someone discovers this truth and mocks campaigns for reusable drink straws or reusable shopping bags, as if this is the greatest problem we face today. Of course, it is not us, it’s the corporations that have destroyed the Earth’s climate. Having said that, let’s start taking action, because there is no time to lose and no-one else is going to do it for us. It is worth changing our consumer habits, including towards straws and bags, because this works on many levels: it improves quality of life, it teaches awareness, it puts pressure on producers and spreads through our communities (trends are ‘infectious’). It is worth talking to family and friends, neighbours and colleagues, and not sticking our heads in the sand and pretending that flowers in bloom in Warsaw in January is just an interesting anomaly. I appeal from the bottom of my heart to all people of good will – let’s tell it like it really is. Our civilization is teetering on the edge of a global catastrophe that is already creating a sea of human (and wider-than-human) suffering. This is not the hysteria of some fringe lunatics, but incontrovertible, documented, scientific fact.

What more can we do? One can join one of the organizations that fight climate destruction (such as Global Climate Strike, Extinction Rebellion, 350.org), support them financially and/or logistically, and go to demonstrations. One could and should become politically active, demanding answers from our politicians at every level. What are they doing, and what do they plan to do, to preserve the remnants of wild nature that are left? How do they intend to help us prepare for the coming changes? It pays not to be a lone voice. It is good to build a community somehow, even on the basis of friendships. The revolutionary potential of such communities is desperately needed right now. It is worth working and spending leisure time together, looking for alternative forms of pleasure that are not driven by consumerism. It is worth building a good, whole, human life and, wherever possible, defying a civilization that is robbing us of freedom and the joy of living in exchange for addiction to instant gratification, easy comfort and an illusory sense of security.

3.5% isn’t so much. The protests must reach this critical mass in this vitally important year. It is possible, but we must act, and resist taking the easy way out. The easy option in this case would be to wallow in despair, or to repeat – with persistence worthy of a higher cause – that individual actions don’t achieve anything. Single actions build strong, collective movements, which can (and must) lead to systemic changes. The ‘system’ won’t change by itself, but this doesn’t mean that change is not possible.

Reading / science
On this day in 1952, just over a decade after the wartime Blitz, death from above hit the streets of London again. Smog was everywhere, blinding pedestrians and even creeping into cinema screens. Adam Węgłowski
Czytaj
Julia
Fiedorczuk

Reading / feuilleton
The nature documentary “Our Planet” portrays in shocking scenes how we, humans, are directly contributing to the suffering of animals that rely on sea ice. It is imperative that we do not become complacent about such distress.
Czytaj

Reading / culture
This year’s Venice Biennale Golden Lion winner came from the Lithuanian pavilion. The piece in question – an opera-performance on an artificial beach – encapsulates all the empathy and emotion that each of us might feel towards a world on its way to disaster. Kristina Sabaliauskaitė
Czytaj 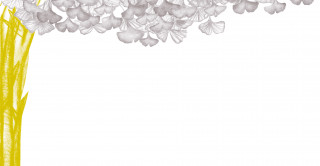 Reading / literature
Haunted by its dreams, a young child is taken to the Ginkgo, where a wise teacher awaits it… A short story set after the Anthropocene epoch, on a green hill beyond the rusty mountains. Joanna Rudniańska
Czytaj

Magazine / society
Women’s football thrived at British filling factories during World War I, attracting incredible crowds. Yet a few years after the war, women were banned from playing the sport. Piotr Żelazny
Newsletter