Ćwirek (Chirp) is an ordinary, grey representative of the cawmentariat, employed on a contract scribbled out by a chicken’s claw. He has no chicks, or any prospects of having them. Let’s make a discreet visit to his hollow tree.

In his first step, the Raven carved out the mountains and the lowlands. He fenced off the clouds, the granite peaks and the trenches of the sea. He swept the heat away from the ice floes. He ordered the clumsy creatures to come out: crocodiles, gorillas and crabs. And at dusk he cawed: “Let us crown creation with the kraptak, a caricature of the Raven! Kraptak! Spread through the forests! Clear the hornbeams and Carpathian spruces! Tease and embarrass the kangaroos and the aurochs! But kraptak,” the Raven cawed even more huskily, “I command you not to fly around the Mountain, where I reign. Yet kraptak headed toward the Mountain and the Raven thrashed him with thunder, knocked him to the ground, smote him with catastrophe…”

The cawing of Father Stinkhorn rang out through the kitchen of the tree-hollow home. Ćwirek hopped to the receiver. Once he had liked to listen to the speeches of members of the epeepscopate; he was amused by their archaic language. But lately he couldn’t stand it anymore. With a swoop and a peck, he switched from Radio Magpie to Radio Marabou. Immediately, he heard the soothing, pleasant tones of Dr Macaw.

“We are the crown of corvid evolution,” the scientist explained. “We even have a common ancestor with the penguins and the condors. But we have sacrificed flying and swimming ability for thinking and tool-making. First, we learned to weave. Then, with our beaks and claws, we began to write symbols on bark. Finally we abandoned our nests in trees and took to the ground. This is how we began to build our civilization.”

Ćwirek didn’t need any convincing of the theory of evolution. But chattering about a crowning level of development seemed so boundlessly silly that he couldn’t contain himself.

“We’re not the crown of evolution! It’s the guano that we create and with which we have soiled the entire planet, that’s the purpose of everything!” He began to twitter, hopping like a madman around his messy kitchen. And, as if on cue, the radio switched to the subject of global guanification.

Reading / society
Contrary to stereotype, cats and dogs can live together in harmony – if you follow this dog trainer’s straightforward suggestions. Aleksandra Galewska

“Certain birdbrained politicians still state that we’re not the source of the guano that’s flooding the globe,” said Dr Ara. “But our research has demonstrated irrefutably that guano is ornithogenic. This has been shown by satellite observations and computer modelling. The science is unanimous.”

“Of course the science is unanimous,” Ćwirek screamed even louder. “And it was also unanimous back when it proved that guano is a treasure that can be used as fuel for technological progress. Progress?! More like regress! You scientists are the worst plague and misery for the world, because you’ve always wanted something more. If it weren’t for you, we’d live in harmony with nature, and not be drowning in…”

“Pipe down, Ćwirek, you’re not the only one who lives here, let me sleep,” came a voice from the other room. “We don’t all work at watering holes during the night; some of us start work at dawn, like normal birds.”

“Normal birds,” muttered Ćwirek. “Going to bed with the chickens won’t help you at all. Your feathers are already going grey, and you still can’t afford your own hollow tree. You never will! Me neither, in fact. I don’t want a mortgage, and anyway, I’ve got lousy crow-dit!”

He sat with his head between his wings in a silent stupor, which had been happening to him increasingly often lately. On Radio Marabou, an ornithological show was starting.

“Much more important than the conflict between science and religion,” an ornithologist was saying, “are the divisions and inequalities in the ornithological mega-flock. The elites are swimming down in their forest mansions, while the masses are complaining about overpeepulation in the cities. Everywhere we hear mockery that the poor are closer to primitive phasianids than to the thinking corvids. The life of the rich residents of stork nests, who are first in the pecking order, is very different from those rotting away in the chicken coops, who often eat the shells from hatchery rubbish heaps. Educated avians have their career perches all mapped out, while the poorly educated riffraff encounter gender inequality, leaders feathering their nests, and outright cawruption every day. Among the poor, bird flu, chicken pox and mad earthworm disease are rife.”

“So it’s no surprise,” a second expert on the radio said, “that many young individuals are seeking fulfilment in other flocks, beyond the seas and the oceans. But life there isn’t easy. You can get smacked in the beak for your different feathers. Cawing with an accent can be met with aggression.”

“All of those,” a third expert continued, “who are short of happiness and friendships, known as the Fledgling Generation, organize protests in trees and on roofs, provoke brawls during beakball matches, and organize rallies under banners with crossed combs. With these beaks and these claws we will fight for the rights we deserve! We’re going to ruffle some feathers! Join us! Only we can give you wings!”

“The highest perches of parliament have been splattered with scrambled reptile eggs,” shouted a fourth voice from the radio. “The first pteromite bomb has already exploded! The revolution has begun! Somebody’s going to have to eat this frog, and the storks died out long ago…”

Ćwirek opened his eyes. The radio was playing an old hit by Surfing Bird. He looked out to the street: no sign of the apocalypse. So it was just a dream. Oh well, it was time to preen his feathers and go to work. 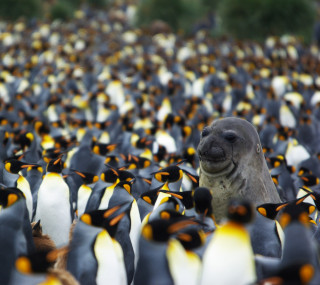 Antarctica, My Love
An Ode to the ‘Unknown Continent’

Magazine / science
Heaven is a place on Earth – it’s known as Antarctica, the freezing southern-most land where curiosity, cooperation and good will is in abundance between humans and animals. Mikołaj Golachowski
Czytaj 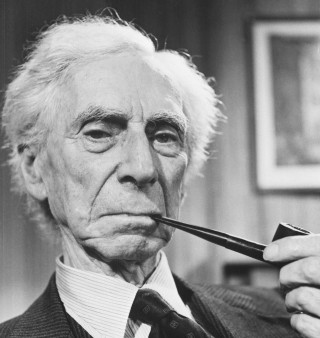 Ecstasy through Logic
The Radical Optimism of Bertrand Russell

Magazine / science
The British philosopher was both a rebel and pacifist—and one who maintained his convictions and hopes for humanity until the day he died. Paulina Wilk
Newsletter