Who hasn't looked up at the night sky and felt small? The vastness of space and the sudden realization of our own insignificance is enough to spark anxiety in anyone.

It doesn't have to leave you in a pit of existential despair, though. Just ask NASA Astronomer and the star of Big Think's Ask an Astronomer series, Michelle Thaller.

A meditation on cosmic insignificance.

Dr. Thaller recently appeared in an episode of the Meditative Story podcast. For those who haven't heard of it, it is a series that combines guided mindfulness meditation with a well-told story about a transformative experience in someone's life. In this episode, Dr. Thaller explains her childhood interest in the night sky and how she balances living a full life with the knowledge that the vast cosmos above us dwarfs us into irrelevance.

She then discusses the joy she finds in looking at the heavens by describing a typical night at the observatory:

"I walk back through the woods and look back up at the sky, I feel unequal to the task of even trying to understand what that means. In one evening, a dozen star systems, complete with any planets or life around them, came to a violent and sudden end, blown to bits. A dozen. In a few hours. This goes on around us every night, every day, every hour.

And from the debris of that death comes every thing, literally every atom, we need for life. Spreading their nuclear-furnaced debris back into space, the galaxy now has more of the stuff of life to work with. I wouldn't be here tonight had many millions of stars not died before. Some atoms in my body were formed, literally, a hundred thousand trillion miles away from where I sit tonight. I am vast. Me. And I am alive. And I'm soaked to the core of my existence in death; unimaginably vast death. Birth and death bonded together cheek to jowl, so tightly that one leaks into the other, across a galaxy. That is what I am. That is what you are."

Of course, even an astronomer can be overwhelmed by the cosmos. Dr. Thaller offers us some advice for when this happens:

"Often, I feel overwhelmed with even my small, limited perception of the larger universe and my deep connection to it. Sometimes, I honestly can only deal with it by letting go. At this scale, so large and so small, there are no expectations. Everything can drop away. Everything about you has been here for the entirety of time, and everything that you are will utterly vanish in the blink of an eye. 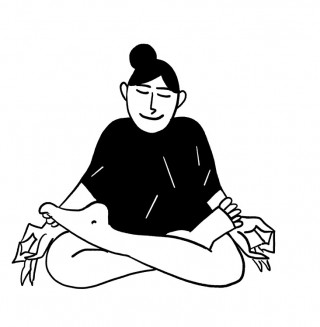 Are We Morally Obligated to Meditate?

Magazine / science
A growing body of neuroscience research shows that meditation can make us better to each other. Sigal Samuel
Czytaj 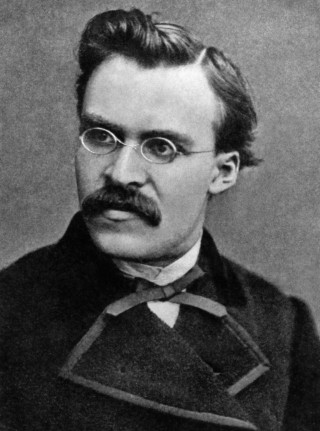 Say Yes to the World
On Nietzsche and Affirmation

Magazine / society
In the late 19th century, Friedrich Nietzsche wrote the infamous words: “God is dead.” Yet rather than being a provocative attack on religion, the philosopher’s statement was an invitation to affirm one’s life. Tomasz Stawiszyński
Czytaj

Reading / culture
Swimming enthusiast Piotr Kieżun talks about the origin of swimming, changes in swimwear across the ages, and various swimmer writers and intellectuals. Agnieszka Drotkiewicz

This is what you are; there is nothing to do about it. To be so significant and yet so insignificant all at once is the essence and the balance of what it means to be alive."

Who else has touched on these ideas?

Besides Thaller, plenty of other thinkers have looked up at the heavens, considered how small we are compared to it, and written about the anxiety it can produce.

Carl Sagan, the ever-loved educator of millions, knew as well as anybody how tiny we are compared to the vastness of space and somehow managed to make this anxiety a source of inspiration:

"The size and age of the cosmos are beyond ordinary human understanding. Lost somewhere between immensity and eternity is our tiny planetary home. In a cosmic perspective, most human concerns seem insignificant, even petty. And yet our species is young and curious and brave and shows much promise. In the last few millennia we have made the most astonishing and unexpected discoveries about the cosmos and our place within it, explorations that are exhilarating to consider. They remind us that humans have evolved to wonder, that understanding is a joy, that knowledge is prerequisite to survival. I believe our future depends powerfully on how well we understand this cosmos in which we float like a mote of dust in the morning sky."

The French-Algerian philosopher Albert Camus understood that the heavens could be the cause of a person suddenly feeling small and meaningless. In the novel The Stranger, he has the main character explain:

"Gazing up at the dark sky spangled with its signs and stars, for the first time, the first, I laid my heart open to the benign indifference of the universe."

Camus' philosophy of Absurdism centers around human attempts to find meaning in an utterly meaningless, indifferent cosmos that accidentally foils our efforts to make sense of it. While the vast heavens aren't out to crush our attempts to find meaning, considering the vastness of space is a pretty easy way to conclude that nothing you do really matters. If that doesn't cause anxiety, nothing will.

Camus suggests that we embrace this conflict between our desire for meaning and the indifference of the heavens. How to go about doing that is another problem.

Not everyone has seen this vastness as a good or even neutral thing though. H.P. Lovecraft used the vast, uncaring cosmos as a source of horror and madness in his stories. His characters often find themselves face to face with the cosmic insignificance of humanity and rarely come out of it whole.

Contrast his quote with Thaller's:

"Now all my tales are based on the fundamental premise that common human laws and interests and emotions have no validity or significance in the vast cosmos-at-large. To me there is nothing but puerility in a tale in which the human form—and the local human passions and conditions and standards—are depicted as native to other worlds or other universes."

Not quite as optimistic, is he?

If these thoughts don't help ease the anxiety of being so small compared to everything else, I don't know what does.

This article was originally published on 3rd September 2019 at Big Think.

Are We Morally Obligated to Meditate?

Magazine / science
A growing body of neuroscience research shows that meditation can make us better to each other. Sigal Samuel
Czytaj

Say Yes to the World
On Nietzsche and Affirmation

Magazine / society
In the late 19th century, Friedrich Nietzsche wrote the infamous words: “God is dead.” Yet rather than being a provocative attack on religion, the philosopher’s statement was an invitation to affirm one’s life. Tomasz Stawiszyński
Czytaj 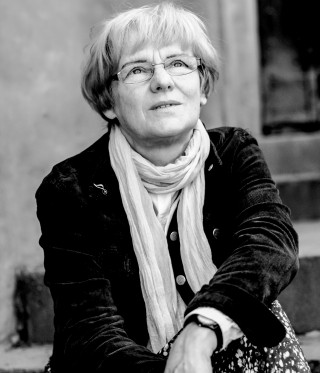 Listening to the Stars
An Interview with Grażyna Pstrokońska-Nawratil

Magazine / culture
Polish composer Grażyna Pstrokońska-Nawratil talks about an incredible moment in Nazareth, the importance of silence for composers, and the inspiring beauty of hearing the forest. Jan Pelczar
Czytaj
Urszula
Zajączkowska 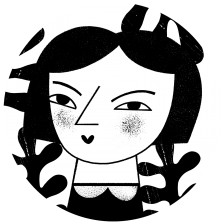 Reading / science
The life-giving act of diffusion is a beauty to behold – not just for humans, but also for plants.
Czytaj