Though Hasidic to his core, Nachman of Breslov spent a long time trying to find his own spiritual path. He found it in stories.

Reb Nachman was born in 1772 in Medzhybizh, in today’s Ukraine. As he was a great-grandson of the founder of Hasidism, Baal Shem Tov, expectations for him were high—he was at any rate expected to become a great tzaddik. Supposedly, in his youth he tormented himself, fasted and completely shunned peace and quiet, hoping that in this way he would receive visions. At night he would run in the woods and wilderness, speaking to God.

A breakthrough in Nachman’s spiritual life came on a trip to the Holy Land. While during the journey his behavior was strange, to say the least—engaging in various provocations, wearing disguises and generally acting paranoid—supposedly in an effort to fool the evil eye—he always attributed great significance to this period. Nachman dated his life from the time of that journey, and ordered his own teachings from before be forgotten, and those written down destroyed. “Wherever I go,” he used to say, “I am going toward the Land of Israel.”

After returning to Ukraine, Nachman settled in Zlatopil, and soon after moved to Breslov, where he developed his highly unorthodox teaching. He abandoned ascetic practices and started to look for God in everything, especially in nature. “Listen—Every blade of grass has a song of its own! Each blade sings out to God, not expecting any reward,” he taught.

Nachman spoke about health and spiritual fullness, teaching how to be a living person, and sought to show that against all odds, this can be achieved by finding joy and hope in oneself. He also recommended that his disciples engage in daily solitary prayer and meditation. This was to be done in the bosom of nature, and take the form of an earnest internal dialogue with God, in which the faithful, using the Yiddish vernacular rather than the traditional liturgical Hebrew, would pour out their regrets and desires.

A few years before his death, feeling that his teaching methods weren’t working, Nachman started to tell his students strange stories. They resembled typical Eastern European folk tales—with princesses, kings, beggars, and giants, and a hero who faces an extraordinary mission and along the way must overcome myriad obstacles.

Nachman said the complicated, difficult to interpret plots of these tales, with multiple stories within stories and subplots, hid deep truths of the faith—true Kabbalistic secrets. These stories, their author said, were to be mere garments in which his teaching was clothed. In contrast to other fairy tales, told to put the listener to sleep, Nachman’s were intended to awaken. He also believed that the listener didn’t even need to understand them: they would implant into the hearer’s heart a mystical idea or life truth, which might resonate years later.

When he decided death was near, Nachman was guided by intuition to move to Uman to die and be buried there. Now a part of modern-day central Ukraine, the city was an important cultural center, and home to a vibrant Jewish community, as part of the Polish-Lithuanian Commonwealth. Nachman lived next to the cemetery, believing that his last mission was to help the wandering souls of the Jewish victims of a massacre that took place during the Koliyivshchyna rebellion led by Cossacks Maksym Zalizniak and Ivan Gonta in 1768. 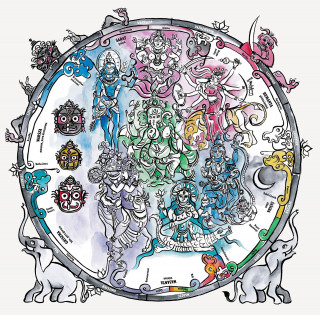 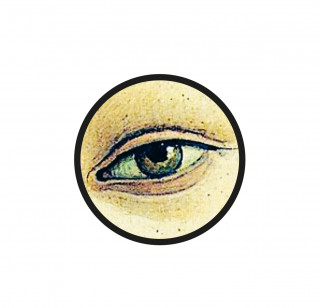 Magazine / society
We present you with an alternative history of the world, in which Poland’s inter-war dreams of colonizing Madagascar were actually realized. Adam Węgłowski

Nachman died of tuberculosis on October 16, 1810, only a handful of months after following his hunch to Uman. Unlike other branches of Hasidism, his disciples never took a new tzaddik (which is also why they’re called “the Dead Hasidim”). To this day, every year on the Rosh Hashanah holiday, Breslov Hasidim from around the world gather in Uman to pray at his grave. Nachman’s extraordinary stories were written down and published in 1815 by his chief disciple and scribe, Nathan of Breslov. Their unusual literary form and the author’s vivid imagination meant that Nachman’s fame spread far beyond the world of religious Orthodoxy. In fact, researchers believe his obscure, allegorical stories influenced the work of Franz Kafka, Isaac Leib Peretz, and even Paulo Coelho.

Nachman of Breslov’s Recipe for Joy

You are wherever your thoughts are.

Work on having only positive thoughts. It will do wonders to your mind.

Always remember: Joy is not merely incidental to your spiritual quest. It is vital.

When you get angry, your soul leaves you.

Nothing is as liberating as joy. It frees the mind and fills it with tranquility.

Finding true joy is the hardest of all spiritual tasks. If the only way to make yourself happy is by doing something silly, do it.

Depression does tremendous damage. Use every ploy you can think of to bring yourself to joy.

Today you feel up. Don’t let yesterdays and tomorrows bring you down.

If despite your desire to be happy you feel down, draw strength from happier times gone by. Eventually joy will return.

If you don’t feel happy, pretend to be. Even if you are downright depressed, put on a smile. Act happy. Genuine joy will follow.

Most people think of forgetfulness as a defect. I consider it a great benefit.

Get into the habit of singing a tune. It will give you new life and fill you with joy.

Even if you can’t sing well, sing. Sing to yourself. Sing in the privacy of your own home. But sing.

Get into the habit of dancing. It will displace depression and dispel hardship.

Always wear a smile. The gift of life will then be yours to give.

Sometimes people are terribly distressed but have no one to whom they can unburden themselves. If you come along with a happy face, you cheer them up and give them new life.

Never despair! Never! It is forbidden to give up hope.

These aphorisms are from: The Empty Chair: Finding Hope and Joy—Timeless Wisdom from a Hasidic Master, Rebbe Nachman of Breslov, edited by Moshe Mykoff.

This translation was re-edited for context and accuracy on November 17, 2022. 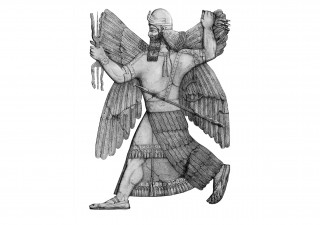 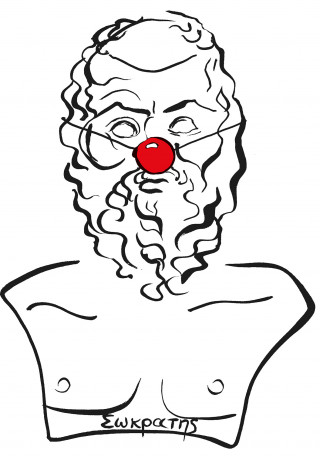 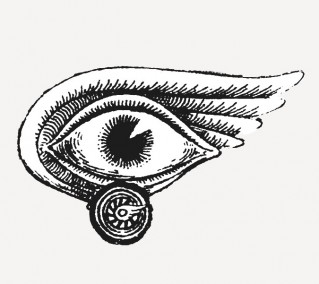 Magazine / society
In the 3rd century AD, different Christian hermits, ascetics and monks began to inhabit the deserts of Egypt. They were often visited by demons, and in the case of Saint Anthony, endured supernatural temptation. Adam Aduszkiewicz
Zobacz 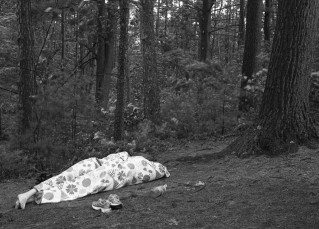