Questions regarding the limits of human ability have most likely been asked ever since the times of antiquity. Sport is nothing other than an unceasing attempt to reach those limits. There remains the question of whether the finish line is in sight.

“The last world record was beaten this very day. It will not be bettered. It’s not even worth trying.” Has such a sentiment ever been expressed? Would anyone in the far-off future heed this idea? Or will we ever hear such words said in our lifetimes?

The 100m sprint is the sporting discipline that arouses the greatest emotions, being the simplest form of sporting competition: a 10-second explosion of pace and power, stripped of tactics and complicated rules. The first to the finish line wins, and the record holder becomes known as the fastest man on Earth.

For years, scientists have been trying to calculate the number of seconds that can still be shaved off the 100m sprint record. In 2014, Jeremy Richmond, an Australian athletics coach and physiotherapist, stated outright that no human being will ever run the 100m faster than 9.27 seconds.

And so we’re only 0.31s off this theoretical limit. For the time being, Usain Bolt remains the fastest man on the planet. In 2009, the Jamaican ran the 100m in a time of 9.572s. Yet the IAAF rulebook demands the time be rounded upwards, making the official time of his run 9.58s. If the current tempo of world records being broken continues, then we should consider the 9.27s suggested by Richmond almost within our grasp... even though as recently as 1991 the world record belonged to Leroy Burrell, who ran it 0.32s slower than Bolt (at 9.90s).

How did Richmond come by this precisely set limit of 9.27s? During his record-breaking run, Bolt achieved an average speed of 10.43m/s (metres per second); the maximum hit at 68 metres into his sprint was 12.34m/s (44.42km/h). If he or anyone else were able to run the whole distance at that sort of speed, they would hit the finishing line at 8.10s – something that will clearly never happen.

Richmond contends that no human being will ever accelerate to speeds superior to Bolt, because – and this is something most experts agree with – in terms of physical parameters, Bolt remains the perfect sprinting specimen. At 6ft 5in in height, his physique was that of a bodybuilder. It has been accepted that the Jamaican was the tallest sprinter in the history of the sport, though this is not scientifically verifiable. Regardless, Bolt needed a mere 41 bounds to cover 100 metres. His competitor during the record-breaking run, one Tyson Gay, took 45 steps to cover the same distance; this is the average achieved by most runners in the 100m. This is a key finding, considering a sprinter will go on slowing down following each and every moment of contact with the track, the effort costing them with each and every step. Thus Bolt had four fewer chances in which to tire compared to Gay.

Is sprinting still the most straightforward sporting discipline? 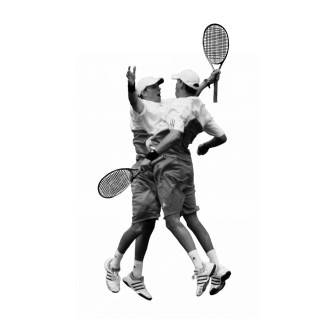 Reading / society
Jakarta is the fastest sinking city in the world today. In the face of global warming, can humanity adapt to higher and higher sea water levels? Łukasz Stępnik

Richmond sees this instant of contact between runner and track surface as the key problem area. Bolt touched the ground for 80ms (milliseconds) each time his feet landed – three times less than the average blink of a human eye. The Australian expert thinks that sprinters will be able to shorten this time to 70ms in the foreseeable future. Human muscles are unable to react any faster, even though 70ms seems realistic, allowing a runner to reach a speed of 12.75 m/s (45.9km/h). This means that they will eventually run the 100m race in 9.27s.

Alhough this is a scientifically attained calculation, does it seem convincing? It is hard to believe that Richmond's calculations are the absolute limit of human ability. Perhaps he should have published his results under a more humble title: ‘How quickly could Usain Bolt run the 100m if his feet touched the ground a mere 70 not 80ms per step?’

Sprinters of the future are likely to be even taller than Bolt and even more muscular. The Jamaican produced a force five times that of his own body weight with every step he took (ordinary mortals can only produce a force equal to three times that same amount). A sprinter has to be like a heavyweight boxer. On the one hand, each step they take must be strong. Yet they must also be diabolically fast; each and every step inherently unnatural. Ordinary runners lift their feet once their body has moved ahead of their feet, whereas professional sprinters do the same with the legs ahead of the torso. As we can see, the 100m sprint is now no longer the simplest and most intuitively manageable sporting discipline.

Would Owens have beaten Bolt?

Perhaps records are now only being beaten thanks to technological progress? Jesse Owens ran a 100m time of 10.3s at the 1936 Olympics (timed by hand using a mechanical stopwatch – photo timing systems were not introduced until 1968). Thus if he ran against Bolt today, he would have been some nine metres behind the Jamaican – a gaping chasm in sprinting terms.

But if we analyse the differences in the ways that Bolt and Owens trained, and especially in the equipment that they used, things begin to look quite different. Leaving aside others, the biggest and most important change has been in the surface that the men ran along. Owens won his gold medal running down a gravel track, while Bolt ran over a synthetic surface. We have no way of knowing what condition the Berlin track was back in 1936, but even if it was carefully prepared for the race, running along gravel is essentially a slower process – the human foot digs down into the loose surface and demands that the runner use up more energy in order to keep on moving down the line.

Experts are constantly arguing as to how to compare the results achieved by runners performing on gravel and those using modern surfaces. And yet the consensus is that the difference is two seconds every 400 metres. Simple arithmetic indicates that over a distance of 100 metres this is 0.5s, meaning that Owen’s result adjusts to 9.7s; his deficit in terms of Bolt’s results a mere 0.12s. No longer can we talk about a chasm between the two.

But let’s consider this some more. Bolt started his run from special starting blocks, made of aluminium. Owens had to dig holes in the gravel track to place his feet in for support. Not to mention the difference in the weight of their footwear. All things considered, we then see that if Owens and Bolt were to ever start side-by-side, there is no guarantee that the latter would triumph, certainly not with a nine-metre advantage over the American.

Is Merckx still a record holder?

Questions about the role of technology are asked not only in sprinting. In 1972, the Belgian cyclist Eddy Merckx set the record distance for an hour-long ride, covering 49.431 kilometres in 60 minutes. The record stood for another 12 years, until in 1984 the Italian Francesco Moser covered 51.151 kilometres in an hour. He did, however, achieve this feat on a bicycle that used covered wheel designs, ensuring much improved aerodynamic performance. That was when we finally saw the difference technology could make, and a real arms war began. In 1996, the Englishman Chris Boardman took an hour to cover 56.375 kilometres – almost seven kilometres more than Merckx.

The Englishman was riding on a bike with a carbon fibre frame, the rear wheel filled in, and the front constructed around five broad spokes. Most significantly, his seating position on the bike was quite different – hands stretched far out in front, resting on a set of special supports mounted on the handlebars. Meanwhile, Merckx had achieved his feat riding a classic steel-framed racer. This is why the Union Cycliste Internationale decided that all future record attempts would have to be performed on a bike not unlike the one ridden by Merckx.

The outcome was that, in October 2010, Boardman took an hour (on a chromoly framed bike) to cover a distance of 49.441 kilometres – a mere 10 metres further than the Belgian champion.

Perhaps then, it would be fair to say that experts and coaches have no real idea whether we are indeed moving closer to the limits of human potential, and whether we have any way of defining where those limits might be set? Magazine / society
The earliest cats first appeared around 30 million years ago, and their domesticated species are as popular as ever today. We present a randomly-chosen selection of cats that have changed history – at least for some people. Katarzyna Sroczyńska
Czytaj 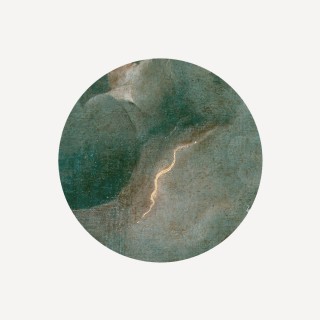 Reading / culture
We present a quiz series involving a mysterious image connected to an artist. The featured work of this week’s artist is itself one of art history’s most puzzling paintings. Tomasz Wichrowski
Czytaj Magazine / society
Qi – our life force, according to practitioners of traditional Chinese medicine and martial arts – is as invisible as the air. So how can we apply it to our daily lives? Monika Waraxa
Zobacz 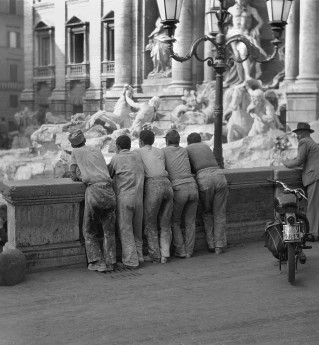 Media / Photo
Some photos from a well-known series by an even more well-known Polish photographer, Wojciech Plewiński.
Newsletter