In times past, recipes were cherished treasures; safely guarded secrets that would define great houses and cultures. King Henry IV gave Carthusian monks the recipe for the liqueur Chartreuse because it was rumoured to be a secret elixir for long life. Ever since that occasion, only two living souls are ever in possession of the complete recipe.

In contemporary times, recipes are a dime a dozen. We’re bombarded by them on the internet, in grocery store leaflets, on the labels of products, and through the pulpy mass of television’s over-enthusiastic food celebrities. In my experience, what is often missing from the repertoire of home cooks are techniques rather than recipes – culinary processes that can be reinterpreted in boundless ways. Reading a recipe binds you to a page; learning a technique allows for a deeper understanding of recipes and frees your culinary soul to cook from your imagination.

Today, I’ll re-introduce you to an ancient technique – one of the oldest known to humankind. Despite having made this fundamental food for around 7000 years, people in Western cultures stopped making it for themselves in the year 1919. Isaac Carasso was the first to industrialize the production of yoghurt with his company Danone (known in the US as Dannon), and with a sneeze in time, the long tradition of making yoghurt in Western civilization was mostly snuffed out.

Like Chartreuse, yoghurt has been attributed to health and longevity. Unlike Chartreuse, there is only one ingredient (and it’s not a secret guarded by monks): milk. Making yoghurt at home will save you at least 50% of the cost of commercial yoghurt, it requires very little labour, and you will have the soul-filling reward of eating something delicious that you’ve created yourself. I’ll never return to store-bought yoghurt.

Bring a litre of fresh whole milk (around 3.2% fat) to the boil, taking it off the heat as soon as it starts to froth up. If you would like to flavour your yoghurt (perhaps with lemon zest, ginger, cardamom or vanilla), then steep your ingredient in the milk like you’re making a pot of tea, and add a little sugar or honey to your desired sweetness. For plain yoghurt, skip the sugar. Allow the milk to cool to between 30 and 40°C, and then stir in two heaped dinner spoons of natural yoghurt, either home-made or store bought (once you’ve made your first batch, then you can use your own). Transfer the milk to a glass bowl, cover it with a towel and set it aside in a warm place, such as on a radiator. Don’t let the temperature get above 40°C – if your radiator is too hot then you can set the bowl on a thick towel to reduce the direct heat. Let your yoghurt stand for about eight hours, until it thickens up, and then transfer to the fridge until chilled.

Magazine / science
Commercial hemp production is on the rise in Poland. We found out just how difficult it is to grow hemp, but also how much joy it can bring. Katarzyna Tyszkiewicz-Borawska
Zobacz 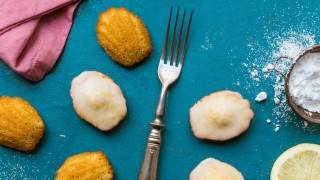 An Archive of Taste. The Lingering Memory of Flavour ♫

Media / Audio
Food isn’t simply a gustatory experience. It can also evoke associations with people and places, taking us on an emotional trip down memory lane. Original publication by Monika Kucia.
Czytaj

Reading / society
The concept of ethical consumption is often difficult to grasp. A plant-based blogger explores how we can recycle in the kitchen and reduce food waste. Marta Dymek
Newsletter