Przekrój
The neuroscientist Andrea Zaccaro has demonstrated that slow breathing can have a calming and restorative ...
2019-03-22 10:00:00

The way we breathe can influence those body systems that do not directly depend on our will.

A scientist from the University of Pisa, Andrea Zaccaro, studies the influence of yogic breathing on the state of the body and mind. In his latest experiment, he asked 16 people familiar with yoga techniques to breathe through their nose at a very slow rate (just 2.5 breaths per minute) for a quarter of an hour. Over the next 15 minutes, the participants were asked to breathe through their mouth (at the same speed). Later, the participants were asked about their feelings. They all agreed that breathing through their nose put them in a state of introspection and concentration, while breathing through their mouth did not.

Zaccaro announced the results of his study at this year’s Federation of European Neurobiological Societies conference in Berlin. New Scientist wrote about the findings, pointing out that although the experiment focused on the subjective sensations of the participants (and moreover, they could have anticipated the hypothesized result, meaning that they may have been influenced by a placebo effect), the scientist had previously shown that proper breathing can alter the rhythm of brain waves.

Reading / society
“The power of egoism is so strong, that we constantly forget who we truly are: pure being and consciousness.” Marshall Govindan (Satchidananda)

The results of this earlier study, published by Frontiers in Human Neuroscience, are definitely worth quoting here. Through the use of an electroencephalograph (EEG), the research suggested that slower breathing through the nose strengthens alpha brain waves and weakens theta brain waves. The former usually accompany relaxation. The latter occur during trance, hypnosis, shallow sleep and strong emotions, as well as during meditation. The intensification of theta waves is usually accompanied by a departure of the mind from logical thinking. It would appear that the breathing method described can have not only relaxing, but also ‘refreshing’ effects. It may come as a surprise that the waves characteristic of meditation are weakened here. The researcher himself does not comment on this – we should remember that the participants of the experiment did not meditate, but only performed a breathing exercise.

How can breathing affect the brain? Zaccaro demonstrates that slow breathing has an effect on the respiratory and circulatory system, which is then recorded by the nervous system. There are two independent nervous systems in the body (the sympathetic and parasympathetic systems) that regulate the work of the internal organs. The first one stimulates them, and the second one soothes them. Slow breathing affects the latter system.

One important aspect of this phenomenon is that nerve impulses flow not only from the brain to organs (e.g. the heart), but also in the opposite direction. This is consistent with the old common sense method of not giving in to panic by breathing slowly, preferably counting down. The calmed down lungs and heart will eventually calm down the brain, which in turn will restore the ability to think clearly.

The above hypothesis refers to the rate of breathing, but does not explain where the difference between the effects of breathing through the nose and mouth comes from. Zaccaro explains this as follows: the olfactory bulb, that is, the part of the nervous system that processes impulses from the nose to send them to the brain, probably reacts to both odours and the airflow itself.

Therefore, yogic breathing works in two ways: through the nose, and through the lungs and heart. Its final effect is created by a combination of both of these components.

The experiments by Zaccaro that I describe here are just some of the reports in the field of scientific studies on yogic breathing. Many more studies into this area exist. Some of them have shown that proper breathing not only alters brain waves, but also improves the sinus rhythm variability (an important heart rate parameter), and also helps to treat diseases such as diabetes or depression (as a complement to psychotherapy).

It is also worth noting that Hindu yoga has developed numerous breathing techniques, including methods of breathing with one nostril (it is not difficult – just cover the other one with your finger). In 1993, the International Journal of Neuroscience published a description of research conducted by Susan Jella from the University of California. She showed that breathing with the left nostril visibly improves spatial imagination. So, if one day you’re having problems with moving a desk through a narrow doorway, we suggest a short break for a focused nostril-breathing session. 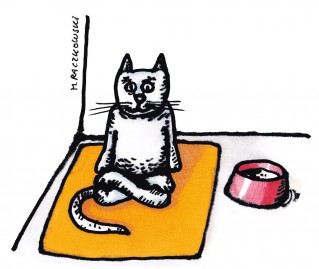 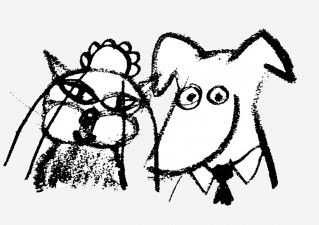