The Siddhas referred to the basic energy underlying all activities, both physical and mental, as ‘prana’, or subtle life force.

The only physiological function which is both voluntary and involuntary is breathing. Breathing can be controlled consciously by the mind or it can be allowed to function automatically like other physiological processes, such­ as digestion, under the control of the body. Breathing is thus an important bridge between the mind and the body, and can influence them both.

Our breathing patterns reflect our emotional and mental states. The breath is jerky during anger, momentarily ceases during periods of fear, gasps during amazement, chokes during sadness, sighs in relief, is slow and steady during periods of concentration, and changes during periods in which the mind is subject to passing thoughts and emotions of a random nature. While it is difficult to control the mind and emotions directly, they can be mastered indirectly by using the breath. Various meditation traditions have long taught their students to concentrate on breathing smoothly in order to eliminate distracting thoughts. In modern times, many scientific studies have confirmed the effect of breathing exercises in the treatment of hypertension and anxiety disorders.

[…] Finally, all the living cells depend upon the satisfactory working of the respiratory system for their entire needs of energy. The Siddhas referred to the basic energy underlying all activities, both physical and mental, as ‘prana’, or subtle life force. Prana is found in the air that we breathe, in the earth we live on, in the water we drink, and in sunlight.

Some of the channels through which the more physical pranas flow have been mapped out by both the Siddhas of India and China. The more physical channels have been identified as meridians in acupuncture, originally developed in India, and known as Varma in the Siddha system of medicine. It is practiced by Siddha Vaidya physicians to this day, particularly in the Nagercoil area of Tamil Nadu. It is also used even to this day by elephant trainers in India and in Sri Lanka. […]

The storing up of pranic energy

The Siddhas developed slow rhythmic breathing patterns in order to prevent such a loss of energy and to enable themselves to live as long as they wished, serving mankind. […] The extraordinary powers attributed to advanced Siddhas is largely due to the knowledge and intelligent use of this stored-up energy. […]

Supplying oxygen to the cells of the body and ridding them of the excess carbon-dioxide resulting from oxidation are the main purposes of respiration. It also aids in the neutralization of the temperature of the body and the elimination of excess water. Respiration occurs internally and externally. Respiration that takes place in the lungs, with the passage of oxygen from the alveoli to the blood, is known as external respiration, and the respiration that takes place in the cells of the body’s tissues is known as internal respiration. The Siddha’s science of longevity is mainly concerned with internal respiration. The secret of longevity lies in the technique of diverting the breathing to the subtle channels and centers. 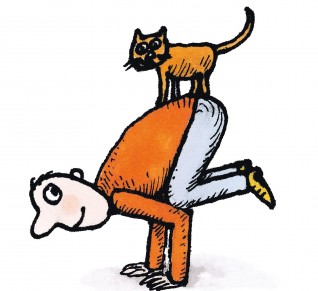 How Can You Acquire Vast Knowledge of Traditional Kriya Yoga?

Magazine / society
Kriya Yoga seminars are constantly organized in Europe and across the world. One of them will be held in Poland this autumn. During the weekend seminar, participants will learn the five-fold path of Babaji’s Kriya Yoga.
Czytaj

Reading / society
Already in 1959, “Przekrój” was praising yoga as “an entire science of maintaining health and longevity”. Find out how yoga was presented in the Soviet weekly “Knowledge is Power”. Mikołaj Kuplowski
Newsletter