Food and activism have walked hand in hand for a very long time, from pelting politicians with eggs and tomatoes to the banning of pasta by Italy’s Futurists. However, I would argue that no single dish has become more iconic among counterculture movements than granola.

From the 1830s onwards, a vegetarian counterculture movement was brewing in the US, pushing back against the heavy meat diet promoted by popular nutritionists, as well as a general lack of public health. Granola was developed by Dr. John H Kellogg to champion this aspiring health food movement, building upon the ‘granula’ recipe developed by Dr Caleb Jackson (named after its granules of baked graham-flour).

6. Melt 100g unsalted butter in a saucepan on medium heat.

*Note: If you have any syrups that you would like to throw in (date/maple), you can add them for flavour (rather than for sweetness). About 2 tbsp should do the trick. If using honey, add about ¼–½ cup of honey and reduce the sugar by half. The sugars should melt into a very satisfying goo. Remove any lumps with the back of a wooden spoon and stir regularly.

During America’s Progressive Era (1900–1914), Americans were suspicious of creeping corporate control, and feared the impacts of urban-industrialism. As a result, processed foods came under scrutiny and new national dietary recommendations were established under President Roosevelt. Granola became popular because it satisfied the new nutritional ideals while also representing non-processed food values.

9. When cool enough to touch (but still warm), work the mixture with your bare hands through the grain mix until thoroughly blended.

10. (optional) Whisk two large egg whites until they froth up like sea foam and stir them through the granola mix with your hands – this helps to make the granola clumpy and crunchy.

11. Pour one third of the mix into a prepared oven tray, spreading evenly and packing down with the palm of your hand.

12. Place the tray of granola onto a middle rack in the oven and leave it there until it’s about as golden as Dennis Hopper’s face in Easy Rider (about 30 minutes).

13. Pull out of oven, gently turn the granola over with a spatula, pack it down again, and then return to the oven until evenly bronzed (10-15 minutes).

14. Prepare the second tray of granola while the first tray is finishing.

15. Let the first tray cool in the pan for the next 45 minutes while you roast the second tray.

16. When you pull the second tray from the oven, empty the first tray into a large container. Reload, and then place the third and final tray of granola into the oven and repeat the process.

In the 1960s, the Hippie movement chose to harness food as a medium of protest. While a Fordist model of industrial food production pushed processed foods on the American people, Hippies responded with guerrilla gardening, communal dining, brown grains and unprocessed ingredients, opting for a return to ‘slow food’. The word ‘granola’ became synonymous with the word ‘Hippie’, as people used the term to describe the activists.

17. Once all of the granola has cooled, chop 250g prunes and 250g dried apricots into small pieces. Mix through the granola, along with 250g dried cranberries. Be creative! Dried figs, apples and goji berries also work beautifully.

18. When serving, allow the granola to soak in cold milk or yoghurt for about 5 minutes prior to eating in order to soften a little and to flavour the milk.

By today’s standards, granola is not considered a ‘health food’, but it has loads of good stuff in it for your body. Granola is also a blank canvas for culinary creativity, so please modify this recipe with enthusiasm. If you believe that ecology takes priority over economy, that war is a blight on our civilization and that integration is greater than segregation, then braid some daisies into your hair and go pour yourself a bowl of granola. 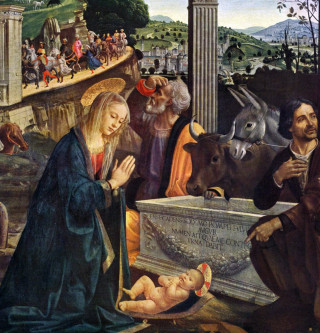 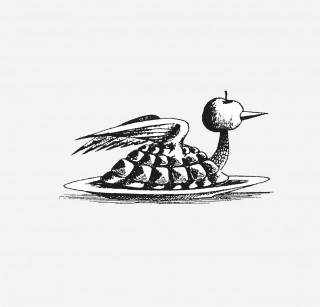 Magazine / society
It can be tempting to consider a nation’s traditional food as a product solely of that culture. Yet the reality is more complex. Cuisine is in constant flux; always being reinvented. Monika Kucia
Newsletter