As a result of you know what, just like in the previous edition of “Conversations from the Playground”, assembling our regular discussion group turned out to be impossible. It’s not enough that you know what, but there’s the holidays, too. And the holidays mean camping, excursions, relaxing under a pear tree, and so on. 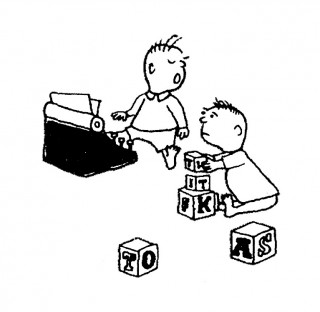 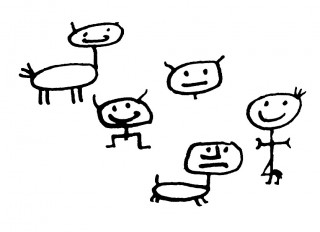 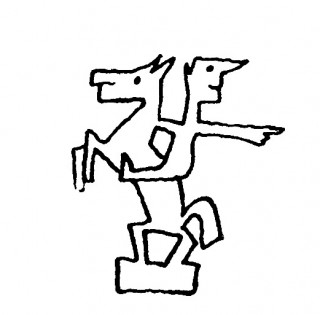 Reading / society
In this edition of “Conversations from the Playground”, Ewa Pawlik talks to Lu and her friends about that ever-so-autumnal subject: death. Ewa Pawlik

So we decided to hunt up participants near one of those bodies of water that draw in the young like blueberries attract wasps. The Sejny region was chosen, because it happened to be the closest to “Przekrój”’s correspondent. After a brief search, we managed to round out the group, which welcomed the vision of devoting a portion of the dog days of summer to professional activities with an enthusiasm rarely seen among adult individuals called in to work. For the panel discussion devoted to maturity, which took place on a pier surrounded by calamus and other reeds, four resolute young individuals of the female sex took part.

Lu: Hi, I’m a girl and I’m a child. I’m something in the world. Or maybe somebody. Somebody!

Lu: But this isn’t an interview with you!

Dear colleagues, we have assembled in these beautiful natural surroundings to examine the question of maturity, and possibly to dare to redefine this apparently obvious but actually ephemeral concept. As you certainly know, maturity in itself means in essence a range of maturities, which don’t so much exist alongside one another as they make up a whole. This concept is commonly used interchangeably with the description of ‘maturity’. In the legal sphere, maturity means the ability to be employed on a work contract. So various workers may have a huge problem with maturity thus understood, even until the point where they reach retirement age. It’s relatively easy for representatives of our species to achieve biological maturity, which is characterized by reproductive capacity. Nor do the majority of us have problems with achieving scholastic maturity, defined by Wikipedia as “a child’s achievement of a level of physical, social and psychological development that makes them sensitive and susceptible to systematic teaching and rearing in the first class of primary school. In other words, it is sort of the moment of balance between the requirements of school and the child’s developmental capabilities.” But it’s hard not to notice problematic issues in this interpretation. The child is expected to be ready to go to the first class of primary school, but what if the school doesn’t have enough classes? But let’s get back to the basic subject: what is maturity, in your opinion?

Lu: Maturity is like a ripe tomato. Meaning at the beginning it still doesn’t have such good things, it’s not edible, like a person doesn’t have reason yet. And later the tomato ripens, so we eat it. And just like a person now has reason and can walk, they move around and live. That’s it.

Does that mean that, for example, that a four-year-old is a mature person?

Lu: Well, no, but at least they can walk.

Pola: You become mature when you know more things. It depends a little on your age. For example, if you’re 13 years old, you’re already mature; when you’re 8, you’re not all the way mature.

Hela: It depends. I think maturity is when you become independent. That doesn’t depend on your age.

What else makes a person mature?

Pola: They have hair all over!

After Pola’s comment, the agenda is interrupted by gales of laughter. After a long time, we return to the main subject of discussion.

Lu: A mature person is one who unfortunately has got a little older, like a kind of tomato that has already become a little past its expiry date. Why do I keep talking about tomatoes? A person becomes a little bit stale, like some kind of vegetable or fruit. They have grey hair as long as they don’t dye it. And that maiden with the scythe is getting closer. Or that lady.

In theory, a person described as a mature person is marked by self-control, independence, responsibility, tact, seriousness, autonomy – as Hela correctly listed a moment ago – objectivity, endurance and experience. They have the ability to formulate answers to questions about themselves as a person, and as a member of society and a creature in the universe. They have mature and stable relations with other mature individuals. They can evaluate themselves rather objectively, and take a position with regard to other people, problems and values, while remaining faithful to their values. The ability to think abstractly is also essential. I apologize for this elaboration, which at the moment may appear unnecessary; I mention these obvious facts mainly for our adult readers, who would be justified in not remembering all these determinants. And so, taking all this into consideration, I’ll allow myself to ask: do you know even a single mature person?

Lu: [straightening up in a theatrical gesture] I am a mature person!

The panellists burst out laughing; the calamus doesn’t find the joke funny. “Przekrój” does, of course.

Pola: Yes, I know one. My friend who moved out of our building, he’s called Kuba and he’s 14. My cousin Michał, who’s just turning 15. My dad, my mum, but they’re grown-ups. And there’s also something called adolescence.

Hela: It happens more or less when you’re 15.

Pola: Well, for girls it can start when they’re 9, and last until more or less 15.

Maybe it’s worth asking about the reason the whole process exists. Why have adolescence at all?

Nina: So you can die later. And be able to dye your hair.

Lu: Oh, so in that case I’ll say that since we’re already dying, then just like some vegetables get kind of green, strange and all that, we have a billion wrinkles, we get some pimples, pale skin and we’re strange, too.

Do you want to be mature, I mean in general? In the broadest possible sense?

Hela: It depends which one, but not really.

Are people still interesting once they become mature? Or is maturing like rotting?

Lu: A tomato is better when it’s ripe, for example.

How do you imagine your mature self?

Lu: I think I’ll have blond hair, but I don’t know that yet, because I get blond in the sun. We’ll see. It’s hard to say.

Nina: Your face changes. Or it doesn’t.

Pola: My cousin grew a moustache and he looks funny.

Do you see some important connections between maturity and being wise?

Let’s drop the academic discourse and the existing determinants for a moment. Let’s assume that the knowledge that exists isn’t there, or nobody cares about it. How can you tell a child from an adult?

Lu: Oh! I’ll answer. Often it’s that a child has more energy than an adult.

Hela: Wrong. My mum actually has more than I do.

Lu: Well, it’s like that sometimes. A child still has prettier skin.

Hela: Not always, but often.

In acknowledgement of your perceptiveness and sharpness, and in gratitude for taking part in “Przekrój”’s series of meetings of the unruly and underage intelligentsia, I would like to invite you to address the adults of the world. Are there any requests you’d like to make?

Pola: That they not be old farts! Like, for example, a businessman could be joyful if they’re not, and often they’re really not. A doctor should cheer up other people. They should be nicer.

Nina: And adults, if they’re parents, shouldn’t be overprotective. If they are, the child won’t become independent, and won’t be able to do as much. If, for example, they do everything with their mum or dad for too long.

Lu: They should give up smoking, really. That’s crazy. People get addicted.

Hela: I’m not bothered by anything about adults.

Lu: I don’t want them to spoil their children or dye their hair.

Hela: My mum’s addicted to her phone. She knows it’s not good, but she can’t quit.

Pola: I used to not understand this. Now I understand addiction; I know it’s not so simple. But I didn’t used to be able to imagine it.

Nina: Sometimes, when you’re grown up, you feel a lust for power, you want to rule everything. That’s not cool.

Dear Readers, if while reading this you began to question your own maturity, we would like to share an exceptional discovery, which we owe to the basic question that accompanied preparations for the above conversation. Have you noticed a tendency to intensive accumulation of fat? Are you capable of shifting to a nocturnal lifestyle? Do you happen to wander at night?

If you answered in the affirmative to a minimum of two questions, you have achieved migratory maturity. This type of maturity in fact applies to birds, but thanks to our panellists, you must know by now that you have to think abstractly. 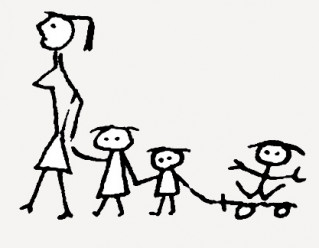 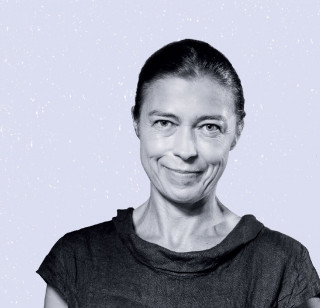 Magazine / society
Anna Grąbczewska, President of the Children’s University Foundation in Poland, talks about the curiosity of children, why school doesn’t work for everyone, and how we can change teaching methods for the better. Aleksandra Pezda
Newsletter