When Poles think of a house, the first thing they see are concrete foundations and solid brick construction – by its very definition meant to last for many decades to come. Unlike us, Americans prefer to build more quickly and cheaply, without taking a moment to consider such issues as the passing of time or natural disasters. Can homes built this way survive a cataclysm? Well, they can – as long as they’re round. 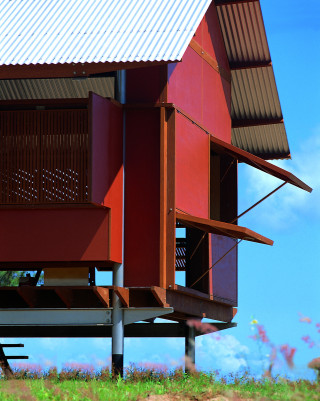 Magazine / society
In the village of Yirrkala, on the Gulf of Carpentaria, stands a striking house. Designed by the architect Glenn Murcutt it pays homage to the cultural heritage of its Aboriginal inhabitant. Zygmunt Borawski
Zobacz 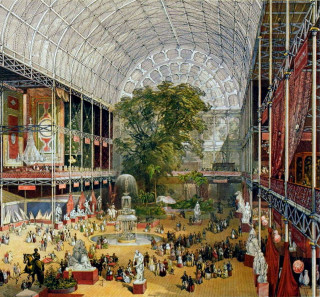 Magazine / society
In the mid-19th century, the British were planning a world fair to consolidate their empire’s reputation on the global stage. They needed a pavilion to house the exhibition in, and Joseph Paxton’s Crystal Palace did not disappoint. Zygmunt Borawski

The US is one of the countries most vulnerable to climate change. According to research carried out in 2019 by the Geophysical Fluid Dynamics Laboratory, global warming will cause a gradual rise of temperature in the Atlantic Ocean, which in turn will lead to more hurricanes hitting the southern and eastern coast of America. This is terrible news, mainly because strong winds cause the biggest natural disasters in the whole of the US. Hurricane Harvey, which shook up Houston in 2017, caused damages estimated at $125 million. 4th- and 5th-degree hurricanes, with speeds of up to 250km/h, can easily destroy buildings and affect the lives of the people who live there. And yet, there seems to be no way of changing home-building solutions in the danger areas. As The Wall Street Journal pointed out in 2018, coastal cities are responsible for 46% of American GDP, and in the years 1980–2017 the increase in the number of inhabitants was higher in hurricane-prone counties than further out on the continent.

Since nothing seems to deter Americans from their fondness for the coast, they should at least try preparing for the worst. But the photographs and films we see just after a hurricane look pretty much identical every time. They show swaths of mangled house carcasses stretching out to the horizon, spiked with crushed wooden structures and broken pieces of drywall among uprooted trees and overturned cars. Harvey, Katrina, Sandy – all of them saw the same aftermath. Seeing those same pictures time and again, I always wonder why Americans don’t go for sturdier constructions. And why do they insist on building everything out of wood?

But let’s start from the beginning. Why wood? The US is home to 5% of global forestland, and Canada has another 10%. Apart from its wide availability, wood is easy and quick to process while remaining cheap. Also, historically speaking, Americans have been using it for quite a long time now. The first settlers in the Wild West used wood to build their homes, and so did their children, grandchildren and great-grandchildren. Wooden construction is about 15% cheaper than concrete or brick. Furthermore, as Christopher Flavelle of Bloomberg News points out, even though the technology is available, the real estate industry is splintered into many small companies, and contractors make the introduction of any changes or longer-lasting building techniques go significantly slower.

What about the guidelines, you might ask? Shouldn’t they respond to the wooden construction market? Why not force contractors to build more solid structures? There is a so-called ‘form-based code’, but it isn’t legally binding anywhere other than Florida. Nowhere else do any official bodies make sure that buildings are constructed in a way that enables them to survive a possible cataclysm. Those buildings still standing after the rest of the estate was demolished are most likely the very few homes that took a step further than required construction-wise. Their owners might have decided to put in special anti-hurricane windows or reinforced the roofs with additional strips of metal.

When it comes to hurricane-proofing, a business to watch is the family-owned company Deltec Homes, founded in 1968. Its owners specialize in building round, wooden homes. At first, they built mainly vacation resorts and holiday homes, but over the years they realized that guests loved the designs. Seeing this, the family decided to focus on building private homes, which now make up 85% of all the company’s production. They accidentally noticed that the unusual round shape makes their buildings much more resistant to strong winds, and even to the strongest hurricanes. Such a shape makes it impossible for the wind to generate enough pressure on any of the walls. Another critical feature is the low-sloped roof and the construction of both floors and structural ceilings, in which trusses and joists are arranged radially. This makes the building’s supporting structure work like spokes in a wheel, absorbing the shocks hitting the outside walls. Once the company realized that their round homes do so well in extreme conditions, they began investing in additional reinforcements and innovations. All windows are covered with a special film protecting them from shattering and blasting inside the house when hit by a strong wind. Tight, well-secured windows and doors are one of the most important rules for hurricane-proofing your home. Once wind gets inside, the pressure accumulating under the roof can make the building burst from the inside. There is one more useful tip for effectively reinforcing the building: there are many heavy objects outside that the wind can lift and hurl at your home. Which is why installing steel shutters is also advised.

That’s not all. Homes that are built right on the coast are often equipped with an additional construction: a thickly-arranged net of tall posts on which the building stands. Strong winds make storm waves, and deadly tides slam at the shore. As we saw when Hurricane Sandy hit the US in 2012, those waves often turn out more destructive than the wind itself. That’s why building your home several metres above the ground proves to be a brilliant solution.

Despite the high risk, Americans still prefer to settle in the charming coastal towns of the southern states than in the ones further out north, such as the Dakotas. Probably because when hurricane-free, Florida can dazzle with gorgeous weather and life as bright and colourful as in Miami Vice? Perhaps, in the years to come, the coastal landscape might change dramatically, round homes on tall posts going on and on, all the way to the horizon. And they will stay there for good.

Magazine / society
In the village of Yirrkala, on the Gulf of Carpentaria, stands a striking house. Designed by the architect Glenn Murcutt it pays homage to the cultural heritage of its Aboriginal inhabitant. Zygmunt Borawski
Zobacz 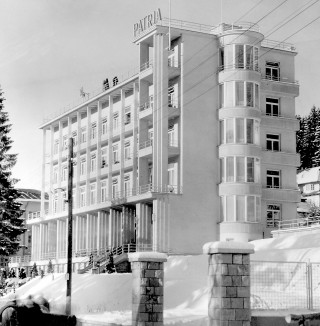 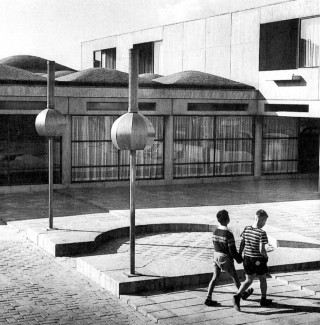 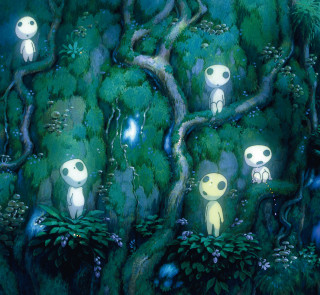 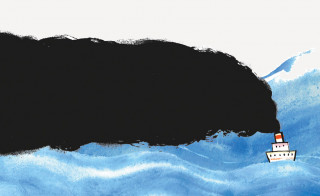