Human bodies produce morphine – for our own use, of course. It can be released into the body by playing sport. As it turns out, a lot of sport. 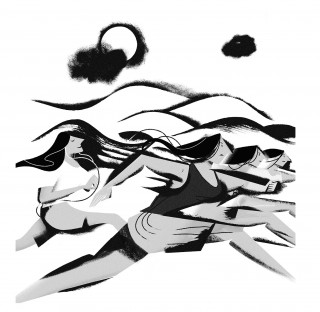 Enthusiasm Goes by Many Names
Why Choose to Lose?

Magazine / society
It seems clear why Olympic athletes are driven to compete in their sporting disciplines. But what about the perennial losers who persevere in the face of inevitable defeat? Andrzej Kula
Czytaj 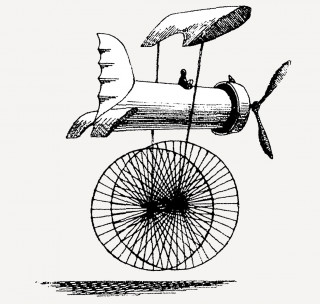 Magazine / society
When it comes to precision and navigation rally flying, Poland leads the world. This, despite their most successful pilots developing and training against the backdrop of the communist Polish People’s Republic. Michał Szadkowski i Piotr Żelazny
Czytaj 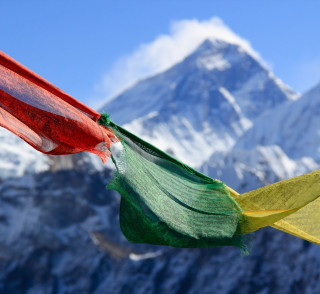 The Himalayan Super Express
The Story of Nirmal Purja

Magazine / society
In 2019, a Nepalese man set off on ‘Project Possible’ – a plan to ascend all 14 eight-thousander mountains in seven months. In the end, he exceeded all expectations. Paulina Wilk

Physical effort leads to the release of endorphins – the hormone of happiness. Nothing is better at improving well-being than decent exercise! You must have heard words to this effect for years. But perhaps each time you are forced to exercise, you feel a notable lack of energy and happiness? Maybe you want to sleep and relax rather than jump for joy? Are you wondering what’s wrong with you? Or is there rather something wrong with the theory that physical effort leads to happiness?

What are these mythical endorphins? First of all, the phrase is an abbreviation – the full name is ‘endogenous morphines’ and they are a group of peptide hormones responsible for euphoric states, self-satisfaction and well-being. They really are referred to as ‘happiness hormones’. They work in the same way as some opioids – chiefly morphine, from which their name is derived. Unlike the street drug, however, hormones are secreted and produced by the body. There are ongoing discussions among physiologists and other scientists as to whether, like some controlled psychoactive substances, endorphins are highly physically and mentally addictive.

Among the stimuli that cause the release of endorphins, scientists include laughter, orgasm (this is the most effective method – endorphin production increases by up to 200%), chocolate, some psychoactive substances, but also hypoxia, acupuncture and some spices (for example, in rats, even a small amount of chilli pepper can produce the happiness hormone). Above all, however, physical exercise is responsible for our internal morphine. At least, this is what scientists have been telling us since the 1970s.

Today, most specialists say that – yes – the feeling of happiness arises as a result of physical effort, but it must be a long-lasting (at least one hour) monotonous effort, during which the body works very intensively (with a heart rate at the level of 80-90%). In other words, an injection of endorphins will not occur in the gym, where short and intense moments of work are interrupted by moments of rest; nor at the pool, unless you can, dear reader, swim speedily for one hour without a break; nor when practising yoga, when the intensity of the body’s work is too low; nor on a climbing wall or when playing football, basketball or volleyball, because these consist of a series of constant accelerations intertwined with moments of rest and decreasing intensity.

Of course, the body produces endorphins even while we are walking, but not enough to talk about an injection of happiness. Not enough at all to be measurable. Another name for this specific feeling when the body experiences a natural high is ‘runner’s high’. And yes, long, intense running is the kind of effort that can lead to a really noticeable injection of endorphins.

After about an hour of such effort, a so-called ‘oxygen debt’ occurs. The body becomes hypoxic. This causes stress, which in turn translates into strong secretion of endorphins. Their release prepares us for further effort. It makes us stop feeling pain; fatigue disappears, and we begin to feel happy. Nature has endowed us with a secret power to overcome fatigue. Thanks to this, a person can run further in search of food, water, or to escape from danger, despite the fact that under normal conditions (without stress) this effort would not be possible.

Most runners compare this state to orgasm. Others say that at this point, all stimuli seem good, they feel great and have the impression that when they run, they are floating above the surface. Researchers studying the ‘runner’s high’ also claim that they have come across the term ‘a state in which the mind takes control of the body’.

That’s how Janis Kuros, the legendary ultra-marathon runner, described it in 1990. Kuros, the record holder in 1000 kilometres on track, and 100 miles, 1000 miles and 1000 kilometres on road: “During the ultras I come to a point where my body is almost dead. My mind has to take leadership. When it is very hard there is a war going on between the body and the mind. If my body wins, I will have to give up; if my mind wins, I will continue. At that time I feel that I stay outside of my body. It is as if see my body in front of me; my mind commands and my body follows. This is a very special feeling, which I like very much… It is a beautiful feeling and the only time I experience my personality separate from my body, as two different things.”

Of course, this is an extreme example. A shot of endorphins or a runner’s high are not only manifested at the 100th kilometre of an ultramarathon. What Kuros writes about is an experience reserved for a handful of enthusiasts. And yet, even amateur athletes experience endorphins. However, scientists agree that hypoxia is a prerequisite. Therefore, a kind of euphoria is a side effect of high-altitude disease. When the body reacts with stress to a lack of oxygen, the release of endorphins can result in mountaineers abandoning their clothing and equipment, other strange behaviour, and sometimes even hallucinations.

Some online sources promise that 10 minutes of exercise a week increases the level of endorphins and thus happiness, but such a statement, of course, has nothing to do with scientific consensus. However, this does not change the fact that the same scientists agree that physical activity is the best anti-depressant – even in small quantities and not necessarily intensive from the start. Studies show that sport is not only a great remedy for depression (especially outdoor activity, not necessarily at a gym), but that it can also help manage schizophrenia. The British National Health Service (NHS) claims that 150 minutes of movement a week will ensure good mental health for everyone in the 19-65 age range.

Of course, there are also those who reject the runner’s high. One reason is that it is very difficult to recreate it in a lab. Other scientists believe that we should talk about ‘runner’s calmness’ and not euphoria, because endorphins only compensate for the negative feelings that arise as a result of great effort.

Even if a runner’s high is out of reach for the absolute majority of amateur athletes, an attempt to achieve ‘an injection of happiness’ is a wonderful goal worth pursuing. Especially in a country like Poland, where 68% of men and 53% of women are overweight.

Enthusiasm Goes by Many Names
Why Choose to Lose?

Magazine / society
It seems clear why Olympic athletes are driven to compete in their sporting disciplines. But what about the perennial losers who persevere in the face of inevitable defeat? Andrzej Kula
Czytaj

Magazine / society
When it comes to precision and navigation rally flying, Poland leads the world. This, despite their most successful pilots developing and training against the backdrop of the communist Polish People’s Republic. Michał Szadkowski i Piotr Żelazny
Czytaj

The Himalayan Super Express
The Story of Nirmal Purja

Magazine / society
In 2019, a Nepalese man set off on ‘Project Possible’ – a plan to ascend all 14 eight-thousander mountains in seven months. In the end, he exceeded all expectations. Paulina Wilk
Czytaj 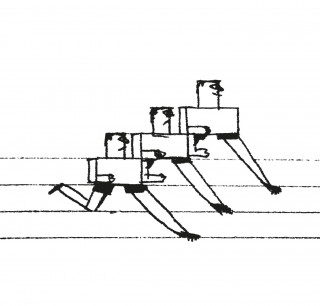 The Race for the Pole
An Antarctic Challenge

Magazine / culture
Few sporting challenges are as physically and psychologically taxing as crossing the Antarctic continent, solo and unaided. Yet that is precisely what Colin O’Brady and Louis Rudd set out to do. Andrzej Kula
Czytaj

Magazine / society
Surfing was once a sacred sport of native Hawaiians – royals and commoners alike. Christian missionaries soon banished it following the colonization of Hawaii, but now surfing is enjoying a second renaissance. Piotr Żelazny
Newsletter