“It’s impossible to fulfill the constant internal deficiency that so nags at us. You can’t find peace in yet another status, achievement or school of Buddhism.” Juliusz Strachota writes about the next steps on his path in the third part of our series. 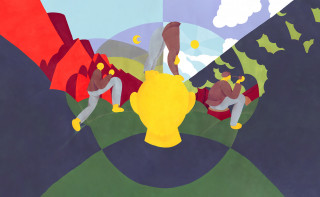 How Was I Supposed to Not Know?
A Personal Journey Across Buddhism (Part 2)

Reading / society
An author and practising Buddhist discusses his manyfold spiritual path – and how he chose which school to follow – in the second part of our new series about Buddhism. Juliusz Strachota
Czytaj 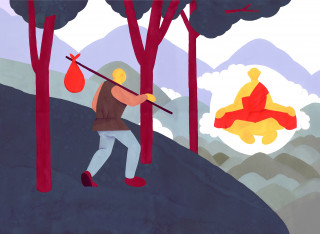 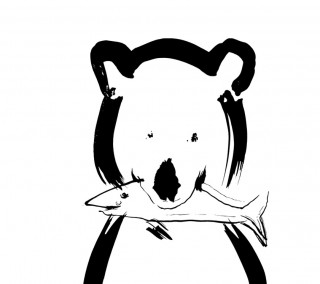 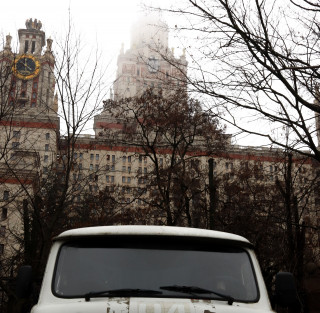 Reading / literature
In this extract from Juliusz Strachota’s “A Polish Tourist in the USSR” the protagonist makes his way to Crimea with the help of a childhood guide book. Juliusz Strachota

My Zen teacher repeated: cultivate the thought I DON’T KNOW. But years later, I once again wanted to know. And I kept asking. And I suspected that my teacher just simply didn’t know – in the ordinary sense. That Zen, which emerged about a thousand years after the Buddha, doesn’t really work on the elementary teachings of the master, and my teacher most definitely didn’t work on them. And the teachings of the Buddha that I had read on Wikipedia seemed to be much more understandable than the instructions that accompanied my school’s practice.

I started to get bored, to seek new/old excitements: I pulled myself away from the things and the experiences of this world. I returned to myself. Rather than weekend seclusion, I chose Netflix – after all, I was somebody who had already defeated his demons. What was left to strive so hard for? To achieve enlightenment, which I didn’t believe in? To be the favourite student of my teacher, who after all these years seemed to be a guy just like me?

The more Netflix, the more travels and cookies, the greater the muddle in my head. Everything from the beginning. That’s how I learned that this training doesn’t work permanently, which fits beautifully with the pillar of the Buddha’s teaching on impermanence. It seems that this is a very simple pillar, particularly in comparison to the one about the lack of a self. I’ll examine these and other pillars with my interlocutors in later instalments.

Let’s get back to boredom and lack of fulfilment. Zen Buddhism ceased to be enough for me, and I started to look at some mystically attractive techniques.

Zen didn’t enlighten matters for me the way training programmes at the gym do, but it worked. I like that, because I felt that maybe that’s what religion is about. But when I looked into Wikipedia, it turned out that the Buddha’s basic teaching is described simply and clearly. Without any great mystery. It seemed exactly like the description of an exercise.

To simplify, the point was that it’s impossible to fulfil the constant internal deficiency, the lack, that so nags at us. It can’t find fulfilment in yet another iPhone, status, achievement… or school of Buddhism. The suffering known as dukkha is a constant lack of fulfilment. It results from the illusion of the I, and attachment to desires. The Buddha talked about this in the Four Noble Truths – his most absolutely basic teaching.

This is a school that’s as clear as Wikipedia and has a solid representation in Poland. With a neophyte’s compulsive zeal, I devoted myself to the practices of therawada, the yellow kind. In its centre are measurable things – described quite clearly for a religion. In this school they speak differently than in the language of Zen. Rather than sutra you say sutta, dhamma instead of dharma, which was a slight problem for me, because I had got used to certain expressions.

I’ll explain: I haven’t read the Buddhist writings, the sutras (from Sanskrit) or suttas (from Pali). Therawada is based on the so-called Pali canon, which is recognized as the collection of teachings that’s closest to the teaching of the Buddha. Here lie hidden many things that Zen and Tibetan Buddhism have completely forgotten or rejected.

Rather than the suttas, I read studies, interpretations, descriptions on Wikipedia.

Because therawada didn’t have this elusiveness of Zen, which somehow I had kind of come to like, I switched back and forth between practising these two schools. Depending on my mood, and, I’m sure, superficially.

I took up the practice of meditation, which many schools believe to be the only true one, because it’s described in the suttas. I started to practise jhana, meaning meditative absorptions, which after years of the same sitting on a pillow and listening to how sounds, feelings, thoughts and other external-internal stimuli flitted past, automatically freshened up my practice.

These are states that can confidently be called altered states of consciousness: during various phases there appear physical and emotional states of ecstasy, satisfaction or deep mental stillness, which transforms into a blurring of the boundaries between myself and the rest of the world.

Later I decided to return to Tibetan Buddhism, which has many exceptionally attractive yogic techniques – practices of conscious dying or warming the body, raising your body temperature high enough that you can use it to dry your laundry.

I made strange leaps, emitted shouts, breathed through one nostril at a time, my wife threatened to divorce me. When I was tempted to take up the Wim Hof method – whose mythology suggests that he is some kind of Batman, trained by monks – I told myself: Enough, stop.

Since I had got lost again, I went back to Wikipedia. That’s when I found something that I had been avoiding up till then: that the teachings of the Buddha are a codex, and all of these altered states of consciousness (which, of course, I passionately got high on) are just one element of it.

In principle, meditation is two of the noble points of the eightfold path that leads to liberation. In many cases, one – the seventh. The rest of the points apply to things like earning money legally, not stealing, not killing, not gossiping, not lying, not denigrating others.

Because in Buddhist practice, the fundamental ideal is to benefit others. Thus, at the end of practice you vow to do things including making the maximum effort to liberate countless sentient beings.

How could I have missed that the path to liberation is so ordinary?

My first Zen teacher had died, and I was wandering a bit, in the world and in my mind. One of the places I found myself was with the Dalai Lama – although I didn’t find myself there (nor in Sri Lanka, Bhutan or Tibet).

And so finally here I am under the fig tree where the Buddha achieved enlightenment. I eat cookies, drink tea and return to Poland, to make it back before the new virus. I lock myself up at home. From this closure I return to everyday, intense practice.

At the peak of the pandemic, in November 2020, I receive the Buddhist precepts from a new teacher and formally embrace the Buddhist path. I do this quite basic thing, almost 10 years after I supposedly took Buddhism up seriously. I enter a stream of Buddhist teachings on Zoom. In front of my computer, I vow to observe the precepts, I receive my Buddhist name. The remote ceremony ends; I go to empty the dishwasher. Then a walk with the dog, and my wife can finally hand me over our daughter.

Buddhism has penetrated into my life in such a way that I don’t know where the boundary lies. It’s a bit like with that most vital Buddhist tree.

This text is part of the series “A Personal Journey Across Buddhism” by Juliusz Strachota.

How Was I Supposed to Not Know?
A Personal Journey Across Buddhism (Part 2)

Reading / society
An author and practising Buddhist discusses his manyfold spiritual path – and how he chose which school to follow – in the second part of our new series about Buddhism. Juliusz Strachota
Czytaj 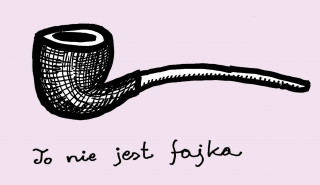 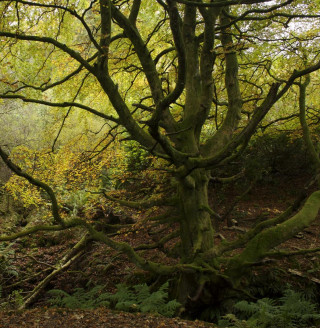 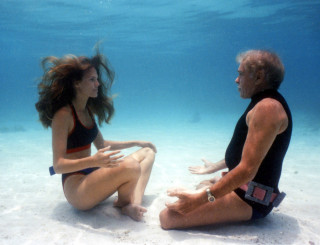 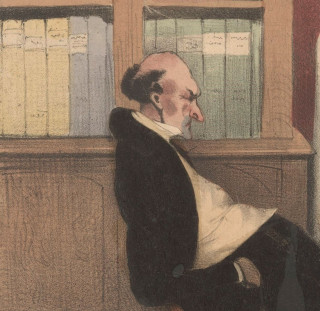 Reading / society
The concept of ‘positive thinking’ is ubiquitous throughout society – from social media to home décor. What then, of adopting an approach grounded in negativity? Enis Yucekoralp
Newsletter