Przekrój
Our eternally pessimistic correspondent gives his historical highlights for the month of May.
2021-05-01 00:00:00

May in history, according to an eternal pessimist.

Mozart’s opera The Marriage of Figaro premiered in Vienna. It was a real celebration for music lovers, but a problem for political censors and defenders of morality. Nothing to worry about though, with Salieri in the audience...

A baby girl was born in Szczecin (Stettin) to a noble family. Her parents named her Sophie Friederike Auguste, but they will call her Fike. Although she was a princess, her life was no fairy tale. Her mother would have preferred a son, the family wasn’t very rich and Fike’s days were filled with boredom. Fortunately, there were some good fairies around – namely, influential relatives. They arranged for Fike to marry Peter, the future Tsar of Russia. She herself would become known as Empress Catherine the Great – a true evil godmother in the history of Poland.

A peace treaty between Poland and Sweden was signed in Oliwa, under the terms of which the Poles were meant to regain their stolen works of art. So gullible! The Swedes in fact had no intention of giving back what they stole.

In a beautiful palace in Kamenets in Prussia, the Emperor Napoleon Bonaparte signed an alliance with an envoy of the Persian Shah. Everything would ultimately come to naught: the empire, the Shah’s rule, even the palace itself.

The young boxing champion Mike Tyson turned out to be a speed demon. Fortunately, he did not knock out the police officer who stopped his car, but Tyson’s troubles would not end with speeding tickets…

Amid continued German aggression towards its neighbours, the Polish daily Ilustrowany Kuryer Codzienny published a letter to the editors about candidates for ‘human torpedoes’, ready to sacrifice their lives for Poland in suicidal attacks. We never got to have our own kamikaze – still, the atrocities of war in Poland surpassed all fears, anyway.

During an earthquake, the dome of the Hagia Sophia basilica in Constantinople collapsed. The Emperor Justinian the Great would order it to be rebuilt even higher, in excess of 55 metres. So many men would try to build something more impressive, yet fail.

The famous horror film Dracula starring Christopher Lee made its premiere, marking the beginning of a long and popular series. This Dracula cannot be killed!

The first readers of Hans Christian Andersen’s Fairy Tales awoke after a sleepless night. The only question is whether they were too scared to fall asleep, or simply stayed up all night reading.

Christopher Columbus discovered the Cayman Islands. It would be some time before ‘banksters’ would get into the habit of setting up offshore accounts there.

Julian Ursyn Niemcewicz unveiled a statue of Nicolaus Copernicus, funded by Stanisław Staszic. Both Niemcewicz and Staszic were freemasons. How long would it be before Copernicus’s theory would also turn out to be a masonic invention...

Quentin Tarantino’s controversial film Pulp Fiction was screened at the Cannes Film Festival. But the true uproar would come 11 days later, when it won the Palme d’Or. 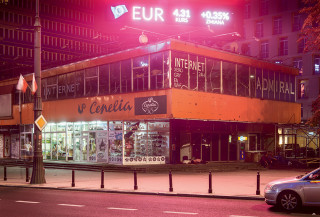 Media / Photo
The internet, despite being widely available, remains elusive as a virtual entity. Its visualization (what we know as ‘the internet’) is a collection of blue images, implicating digital modernity. Underneath those notions, however, hide the addresses of companies that provide services and management of the internet.
Czytaj 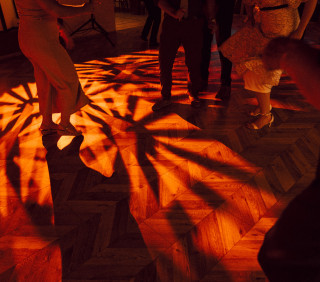 A Toast to Tradition
The Joys of a Polish Wedding

Reading / society
The Polish wedding reception (or ‘wesele’) is a thing of legend that has to be experienced at least once in a lifetime. It’s also an evening of joy, full of the warmest Polish traditions. Richard Greenhill
Czytaj 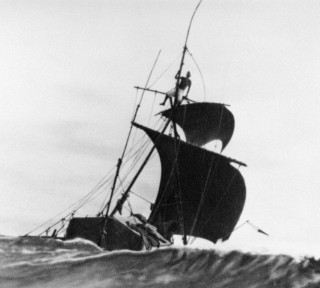 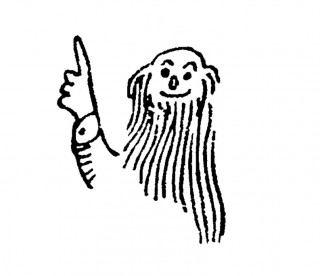 Magazine / society
Buddhism and ecology both refuse to separate the human and natural worlds – and demand that we act accordingly. David P. Barash

The new British Prime Minister Winston Churchill announced in a speech that the only things he had to offer his countrymen were “blood, toil, tears and sweat”. How about that: a politician who tells the truth!

The barely five-year-old Louis XIV became king of France. His would-be successors would not have it so easy. The Sun King would spend 72 years on the throne and only finally relinquish it to his own great-grandson!

The “Exhibition of Rejects” opened on the banks of the Seine, featuring the paintings of artists who had been rejected by the conservative jury from being shown at the famed Salon de Paris. Everyone was there! Cézanne, Manet, Whistler, Pissarro... Hardly anyone remembers their rivals today.

Michael Jordan was named NBA Rookie of the Year. Even he was once just a promising novice.

Fidel Castro offered the Americans to exchange more than 1000 prisoners taken in the Bay of Pigs for 500 bulldozers. A truly revolutionary barter.

A festival held in Moscow to celebrate the coronation of Tsar Nicholas II ended in tragedy. Instead of promoting gratitude among his subjects, it turned out that 1389 people were trampled to death during the distribution of gifts. The Tsar, however, did not announce a period of national mourning, which the people saw as an omen of bad things to come – for both the Tsar and his country.

Oscar Wilde was released from the prison in Reading where he’d spent two years for homosexual offences. He was now merely a shadow of his former self and no longer the life of the party. He would die just three years later. Victorian morality would survive him by many years.

A ceremony was held in Warsaw’s Saxon Square to consecrate the Church of St. Alexander Nevsky, a symbol of Russian domination over Poland. Several years later, with the restoration of the Polish state after World War I, the 70-metre building would be dismantled.

A football match between Ruch Chorzów and Union Touring ended in the final score of 12:1, with Ernest Wilimowski from Upper Silesia scoring 10 goals! This was a fantastic record in the Polish professional league. Wilimowski is not fondly remembered, however, as soon he would be scoring even more goals... wearing a jersey with a swastika on it.

Jane Fonda divorced Ted Turner after 10 years of marriage. And it had seemed that two bright stars could shine together.

While returning from battle, the 18-year-old Joan of Arc fell into the hands of the Burgundians, who in turn gave the French heroine over to the English. It was meant to be the end of her, but it became the beginning of her even greater, though tragic, glory.

Samuel Morse used his code to send the first telegraph in history. The message was a solemn quote from the Bible: “What hath God wrought!” The first message ever sent online, in 1969, was much less dignified: “lo”. It was supposed to say “login”, but the system crashed...

At the stadium in Ann Arbor, the American athlete Jesse Owens set four world records in just 45 minutes, winning the 100-yard dash, the long jump, the 200-yard dash, and the 220-yard low hurdles race! It was an amazing feat, but today this African-American athlete is known mainly for irritating Hitler during the 1936 Olympics in Berlin.

Martin Luther was declared a heretic by an imperial order. A long period of religious wars began, which would claim millions of victims.

Peter the Great founded the city of Sankt Petersburg. If he had known how many times the name of the city would change, he probably would have chosen something simpler.

A solar eclipse happened to occur during the battle between the Lydians and the Medes on the Halys River. The frightened enemies quickly made peace. Had they listened to Thales of Miletus, who had predicted this eclipse based on calculations, they wouldn’t have been so surprised. But who listens to philosophers, anyway?

Bing Crosby recorded his hit song White Christmas. To date, 50 million copies of the single have been sold, an absolute record! If only it could actually help to make it snow on Christmas Day...

Alexander the Great was feeling pretty rough after a night drinking with his friends to celebrate another military victory. He started to feel better in a few days – as often happens right before someone dies. On 5th June, the pain returned, and his plans for further glorious conquests had to be abandoned. On 9th June he said goodbye to his friends, dying days later on 11th June. Before he was mummified, his friends started to wonder if one of them may have poisoned him. These accusations were brought up again and again, unleashing a long fratricidal war over Alexander’s succession.

The King of Naples, Charles I of Anjou, was preparing for a duel with the King of Aragon, Peter III, with dominion over Sicily at stake. The enemies racked their brains all night, and the next day arrived at the duel location at different times. Brilliant! That way they were both able to declare victory.

Media / Photo
The internet, despite being widely available, remains elusive as a virtual entity. Its visualization (what we know as ‘the internet’) is a collection of blue images, implicating digital modernity. Underneath those notions, however, hide the addresses of companies that provide services and management of the internet.
Czytaj

A Toast to Tradition
The Joys of a Polish Wedding

Reading / society
The Polish wedding reception (or ‘wesele’) is a thing of legend that has to be experienced at least once in a lifetime. It’s also an evening of joy, full of the warmest Polish traditions. Richard Greenhill
Czytaj

Magazine / society
Buddhism and ecology both refuse to separate the human and natural worlds – and demand that we act accordingly. David P. Barash
Czytaj 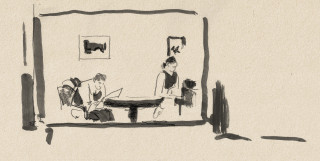 Stay in and Play
Pandemic Diaries

Reading / society
The pandemic has been difficult for many, especially when marital problems arise. A writer retells the story of one of his friends. Luka Kurjački
Czytaj 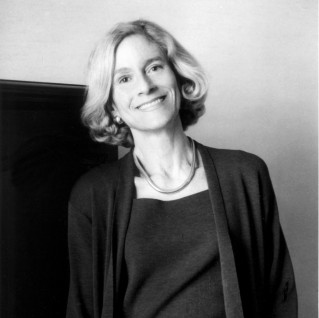 Rage and the Polish Question
An Interview with Martha Nussbaum

Magazine / society
Martha Nussbaum talks about nurturing the delicate flower that is liberal democracy, why the excluded shouldn’t have short memories, and the reason why she prefers the reformed synagogue to the Protestant church. Tomasz Stawiszyński
Czytaj 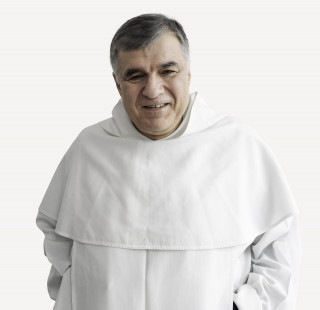 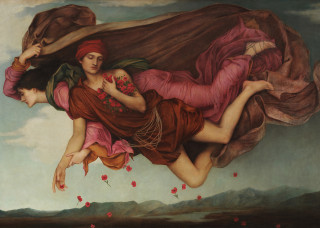 Making Sense of Dreams
The Cultural Value of Sleep

Magazine / society
Dreaming is not simply a biological activity that usually takes place during the night—it can play an important role in one’s waking life, too. Ewa Pluta
Newsletter