Traditional Chinese medicine views the human body, soul and mind as a unity, and endeavours to keep them in harmony. The key to ensuring the proper functioning of this holistically understood system is the control of meridians – a network of channels through which the vital energy, called qi, flows. Working with this energy map of the human body enables us to make whole again what has been broken apart.

Excerpts from Chuang Tzu, “The Lost Pearl” in The Way of Chuang Tzu, translated by Thomas Merton.

‘Nothingness’ from the story of the Yellow Emperor is something devoid of self, form or mind. It symbolizes a more profound, extrasensory perception of the world and penetrating knowledge of its essence. The study of meridians brings us closer to this form of knowing by moving beyond the idea of ‘mind’. Although scientists are investigating this subtle energy system that controls the body, to really conceive of its complexity and gravity you need to switch off your mind. While breathing during qigong practice, you have to surrender yourself to the profundity of the experience and accept that your mind might not embrace it.

Bong-han Kim, a Korean medical surgeon who was researching meridians in the 1960s, described the set of pathways along which the vital energy flows as the “primo-vascular system” (PVS). This incredible system of meridian channels and points, also known as acupoints, is the first that humans develop before other systems evolve. Building on Kim’s work, researchers from Seoul National University (SNU) found out that what is flowing through the meridians is a primo fluid, which can be compared to liquid crystal since it displays bioelectric activity. Not only does it supply the bodily tissues with vital energy, but also works as a transmitter, enabling communication between different body parts and organs.

The old drawings depict meridians on the surface of the human body as a complex line layout. Qi flows through each of those lines, as if through a micro-optical fiber. If it flows smoothly, a person enjoys good health and feels well. If there is a blockage, however, they might experience a wide range of symptoms. As Dr Liu explains: “If a meridian doesn’t work properly, it becomes vulnerable to evil which passes through it deep into the body. To diagnose a specific disease, we need to closely observe meridians: what they look like, how hard they are, what their temperature and shape are.”

Once, when I suffered from indigestion, Dr Liu advised me to rinse the outer parts of both legs (from the bottom up). The human body comprises 12 principle meridians, and three of them, running along the legs, are responsible for the urinary bladder, gallbladder and stomach. Meridians transmit the information between the interior and exterior, upper and lower parts of the body.

Grandmaster Xi-Hua Xu, who has long served as a professor of Taoist philosophy at Yunnan University in China, shares his knowledge of meridians with his students through qigong practice and deep meditation. In his free time, however, he uses energy healing to help prominent Chinese people. This is more than knowledge, since it enables the overcoming of the limitations of the material body and the conscious regulation of its functions – accelerating or slowing the heart rate, influencing brainwave frequencies till they disappear (like in the case of brain stem death), and increasing body temperature, which grandmasters do.

Xi-Hua Xu claims that meditation and the ability to switch off his mind gave him a better insight into the intricate structure and workings of meridians. A crucial part of this practice is to move beyond the constraints of one’s ego; to step outside oneself, as they say, and dive deep into the essence of things. In short, to understand meridians, one needs to turn into the ‘Nothingness’ from the story of the Yellow Emperor.

According to Xi-Hua Xu, the meridians that represent different organs are their energetic counterparts, much more powerful than the organs themselves. To illustrate the difference between their energy level, an organ is like a single house while meridians resemble a whole district.

Traditional Chinese medicine has been successfully using acupuncture, acupressure, moxibustion, gua sha massaging and qigong to regulate meridians. The flow of energy can be influenced directly through the body. It is important to know both the location of specific points and the relationship between them. A successful therapy isn’t only about finding exact points, but also about respecting the great wisdom of the body and its mechanics. One regulates meridians through the material body, but the soul also becomes affected.

Meridians are our telecommunication network, which allows organs to exchange information and adjust their role and functions; to increase or decrease temperature, to release water or control emotions.

In traditional Chinese medicine, each organ is associated with a corresponding emotion – the kidneys with fear, the liver with anger, the heart with joy, the spleen with worry, the lungs with sorrow. Emotional imbalance and a prolonged exposure to these emotions negatively impact the flow of energy through meridians. This can result in low mood, lack of energy and apathy, and eventually lead to organic diseases and dysfunctions. To keep meridians in balance, it is essential to act preventatively and take care of your psyche. According to traditional Chinese medicine, it is not enough to invigorate and relax your liver to control anger. You also need to ensure its harmony with the other four organs responsible for different emotions.

For the flow, the flow

Following the principle ‘like cures like’, the Chinese balance meridians by practicing qigong, which involves movement and breathing exercises enhancing qi. Traditionally, qigong is practiced by the elderly to improve body strength and vitality, and is recommended for the convalescents. However, as the example of Xi-Hua Xu demonstrates, it can also serve as a tool for spiritual work with energy flow.

In the morning, on my way to school, I passed by the elderly, who either in groups or individually were practising qigong. Their favourite spot was under the big tree and behind the ping-pong table. Deeply focused, they made slow moves. They looked as if they were immersed in a different, denser reality. Some of them, instead of exercising, were punching their backs at the level of kidneys, outer and inner thighs, and arms to induce energy flow. My favourite couple, on the other hand, was practicing tai chi – the husband with the spear, the wife with the sword. They stood close to each other, focused on their own sequence of movements. They could probably fight a duel, but chose to direct inwards the energy generated through movement. They knew that conflict quickly consumes energy, so it simply wasn’t worth it.

In Beijing, you can get a massage almost everywhere. There are many small and cheap studios, where masseurs are blind. At first, you might feel a little uncomfortable with another client right next to you, but you will forget it the moment you start experiencing different massage-induced sensations. One can choose between the standard, buffalo horn or Chinese bubble massage. Before I first went to the studio, my students warned me that it would hurt. They were surprised that I volunteered to go through hell. Although their parents would still get massages, for them it was too painful a form of entertainment. And they preferred a life without pain. It hurt like hell indeed, but I realized for the first time in my life that suffering can lead to enlightenment. The effect was staggering: better mood and the awareness that I have a body, which for a person who lives in her head is not that obvious.

The ‘torture’ equipment for massages is made from minerals. Jadeite, rose quartz and rock crystal are the most popular ones. The Chinese believe that each mineral is endowed with specific properties. Jadeite, for instance, is known for its restorative, regenerative and protective powers. Rose quartz, on the other hand, strengthens the heart – known as the “Emperor of all organs”. Chinese women enjoy gua sha facial massages with jadeite rollers. It is sometimes called a natural lifting, since it boosts energy flow in the face, neck and cleavage meridians. If undergone regularly, it makes a person look younger. It is quite painful though.

Mind, body and soul are a unity. Working with the topography of meridians is the key to bringing them together when they break apart. 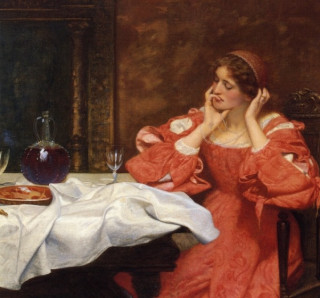 Magazine / science
Fasting might sound like a painful idea, but according to a recent MIT study, it can have serious health benefits. Anna Maślanka i Łukasz Grzesiczak
Czytaj 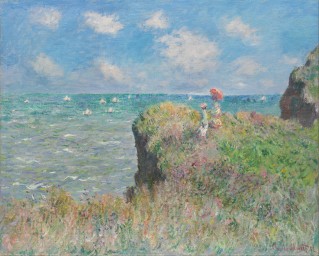