Przekrój
Our eternally pessimistic correspondent gives his historical highlights for the month of April.
2021-04-01 00:00:00

April in history according to an eternal pessimist. 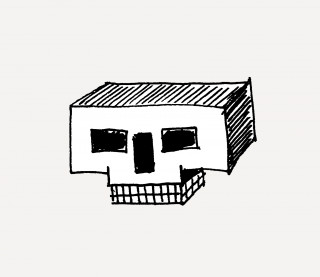 March in History
Diary of an Eternal Pessimist

BBC Radio 2 warned listeners of the upcoming Jovian-Plutionan gravitational effect that was going to suddenly reduce the Earth’s gravity. Indeed, the radio station received many telephone calls from listeners, confirming the phenomenon taking place. Little did they know it was just an April Fools’ joke.

A boy named Giacomo was born to a family of Venetian actors. For most of his childhood, he was considered sickly and mentally handicapped. And yet, Giacomo Casanova grew up to be the most famous seducer in history! Even the greatest pessimist would have to admit that this was quite a feat.

Edmond Halley met Johannes Hevelius in Gdańsk. What a conjunction! Gdańsk became the astronomical centre of the universe. For once.

4th April 1507
The humble, confused novice Martin Luther was ordained to priesthood. Little did the Catholic Church know his humble thoughts and writings would leave quite an impact…

On this day, Varsovians celebrated the opening of the first stationary bridge on the Vistula River. This magnificent feat of engineering lasted just 30 years, only to be defeated by an ice floe. After that unfortunate event, the people of Warsaw had to make do with makeshift solutions for a long time…

The first modern Olympic Games opened in Athens. The idea was noble, but ancient Greeks would not have been impressed. Cycling? Tennis? And why are all those people wearing clothes?

The largest python in history was caught in Malaysia. It was a staggering eight metres long! The animal ended up in the Guinness Book of Records. Luckily, not doubling as a leather cover.

Empress Catherine II annexed Crimea to the Russian Empire, having taken it from the Tatars. Little did she know how severe and long-lasting the consequences would be…

Mount Tambora erupted in Indonesia. Those happy that the catastrophe took place so far away from Europe would not be pleased for long. It emitted so much ash into the atmosphere that it led to a global cooling and a disastrous famine. The next year, 1816, was remembered as “the year without summer”.

The Bishop of Kuyavia, Florian Czartoryski, announced that torturing those accused of a crime and suggesting the names of their potential accomplices with no proof would be punished by anathema. The priest was way ahead of his times. Even today, such practices are forgiven way too often!

Gustave Flaubert published Madame Bovary. “One finds it hard to believe the author was dragged to court twice for this novel. Had he written it twenty years later, people would have deemed it too tame,” complained writer Henryk Sienkiewicz, known for his dislike of naturalism.

The Altarpiece by Veit Stoss, stolen by the Nazis, was finally returned to St. Mary’s Church in Kraków. Just to think how many other, less famous art pieces never found their way back from Germany…

Édith Piaf was enjoying her growing popularity, when she was suddenly arrested and interrogated about the murder of her impresario Louis Leplée. Our little sparrow did not end up in a cage, but the scandal was hardly good PR.

The construction of the Warsaw Metro began, yet again. A bold idea, considering the crisis raging in the country. And yet, 12 years later, the first few stations were finally opened.

Pharaoh Thutmose III defeated the rebellious coalition of Canaanites in the Battle of Megiddo. It happened so long ago that nobody would care to remember it, if not for two reasons. First, it was the first battle in history to be recorded in writing. And second, it originated the term ‘Armageddon’, meaning the final battle between the forces of good and evil that will take place when the world comes to an end.

On Palm Sunday, Hernán Cortés’s conquistadors left the Mayan city of Potonchan with a group of women gifted to them by the chieftain. One of them was the teenage Malintzin, who became the Spanish captain’s lover and interpreter. Thanks to her, Cortés flooded Mexico with blood ever so efficiently.

In the early morning hours, an earthquake along the San Andreas Fault destroyed three-quarters of San Francisco, killing several thousand people. Since then, Californians have been living in constant fear of even worse natural disasters.

The British explorer James Cook noticed a foreign shore from his ship: Australia. Less than a quarter-century later, the first British settlers reached the continent. This was not great news for Aboriginal Australians, who were almost entirely slaughtered by the colonists. Nor was it a happy development for British prisoners – for the first few decades after the discovery of the new land, many of them ended up on the Antipodes.

Andrzej Wajda’s feature film Canal premiered in cinemas. Over 60 years later, it is still considered the best movie about the Warsaw Uprising. Was it because of the director’s talent, or perhaps the lack thereof in his successors’ works?

The legendary German pilot Manfred von Richthofen, also known as the ‘Red Baron’, was shot down near the Somme. We know who was firing the shots – a Canadian and soldiers of the Australian forces – but nobody knows for sure who hit the famous pilot. Paradoxically, even this uncertainty only adds to the story.

The production of the iconic Polish car FSO Polonez was suspended. For almost 25 years of its existence, over one million vehicles came off the conveyor belt. That’s what we call the end of an era.

Napoleon III received a letter with an explanation of how French and British engineers wanted to go about building a tunnel below the La Manche channel. The emperor was impressed. Little did he know he was never going to see the result – it would take 127 years from the first designs until the completion of the Eurotunnel.

Sweden proudly retrieved their massive 17th-century ship Vasa from the sea bed. Strange thing to be proud of, considering the vessel drowned during its maiden voyage, having covered less than one nautical mile. Still, in its new role of a museum, it does better than many more accomplished ships.

A 30-year-old Sigmund Freud opened his Rathausstrasse clinic in Vienna. At first, he struggled to find any patients at all. No wonder why – as it turned out, the good people of Vienna had plenty to hide…

Petrarch climbed Mont Ventoux in the Provence Prealps. Apparently, the poet liked to aim high. And having described his travel (probably adding some flair), he started a new trend of mountain trekking.

Impoverished and blind, the poet John Milton sold the publishing rights to his most celebrated piece – Paradise Lost – for £5 (the equivalent of £800 today). He may not have lost a paradise, but it surely was worth a little more than that…

The British ship HMS Bounty was sailing past the Friendly Islands when hostile murmurs began to arise aboard. The crew was sick of their brutal Captain William Bligh. The rebels put their tormentor in a lifeboat, along with a few of his loyal men, and left. Bligh and his people survived, even though they had to travel across the Pacific ocean for almost 7000 kilometres. Meanwhile, the crew of Bounty arrived at the island of Pitcairn and made it hell on earth.

During the siege of Berlin, Adolf Hitler married Eva Braun in his bunker. There were no celebratory fire salutes at the ceremony.

The last rebelling tailors in Wrocław laid down their arms. The riots lasted for a few days, as the apprentices, drawn to the ideas of the French Revolution, stood up to the all-powerful masters and social inequalities. Nowadays, we no longer have to fear the wrath of the tailors – not because the world became a fairer place, though. They’re simply on the brink of extinction.

March in History
Diary of an Eternal Pessimist