Have you ever woken up in a new place and noted with disappointment that you are still tired? I am thinking, for example, of the first night in a hotel at the start of your holidays, a night staying with friends, or the first night of a business trip. We aren’t talking here about the first night with a new lover, because then there are other variables at play that might give false results in the study we want to conduct.

Magazine / science
The architecture of sleep is surprisingly complex, consisting of various cycles made up of multiple phases. Łukasz Kaniewski

The phenomenon of FNE, or ‘first night effect’, has been known of for a long time. Thus far, scientists haven’t been able to come up with a reasonable explanation for it, which has kept sleep researcher Masako Tamaki awake at night. So, she brought together a team of experts in human brain processes and began to look for answers. After examining dozens of brains of people while they slept in a new place, it turned out that the activity of both hemispheres of the brain was significantly different from normal.

In a new place, we sleep a little like some animals. One hemisphere gives in to the embrace of Morpheus, but the other remains alert. This is what happens with, for example, dolphins. In humans, the second hemisphere also goes to sleep, but this is an unusually shallow and vigilant sleep. This is in order to react to potential threats. Of course, in the majority of cases, we are not at risk of being torn apart by a tiger, but evolutionary changes have not kept pace with our lifestyle changes. This is why, during the first night in a new environment, almost any noise can wake us up; the creaking of a door, or the distant barking of a puppy. In most cases, the left hemisphere is on night watch. Will we always be like this? Another scientist, Yuki Sasaki, claims that, because of the relative peace and security of our existence, over time this function of the human brain will be extinguished as unnecessary.

Meanwhile, when turning out the light in a new place, it’s best to give up on any hope of a good night’s sleep. Evolution works slowly. 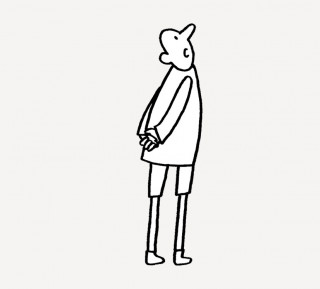 Magazine / science
We present you with an alternative history of the world, in which humans join hibernating animals with a deep sleep through the winter months. Adam Węgłowski
Newsletter