At the start, there is chaos. The horizon cuts off at a distance of 20 to 30 metres. Your vision wallows in a wall of twigs, leaves, trunks, bushes, broken branches and fallen trees. Hundreds of mosquitoes and botflies swarm about.

There’s nothing to fix your gaze on; you need but a moment to lose your direction. In spite of the sunny day, twilight is king in the Primaeval Forest, as the leaves of the trees block the light. No, not trees, rather giants, soaring oaks the trunks of which even three people wouldn’t be able to embrace. It isn’t until a few minutes pass that the solemn gravity of this place hits your consciousness.

The Białowieża Primaeval Forest requires something more than just reason and flawed human logic. You need to make a substantial effort to fully understand it. Otherwise, all you’ll see is a tangle of trunks and branches, an explosion of greenery and unbridled vegetation. The Primaeval Forest requires awareness and conscious observation. Only then can you feel the power of the uninterrupted existence of a great organism, independent of human influence: the forest.

For our ancestors living in the Early Middle Ages, the Primaeval Forest belonged to the sphere of the sacred. The majesty of nature was tangible and obvious. You can still feel it today, as soon as you veer off the forest trail.

For many years, archaeologists considered the area of the Białowieża Primaeval Forest to be deprived of any cultural heritage. This was somewhat due to the location – the dense woods and sparse roads (mostly dirt roads) do not provide the proper conditions for archaeological research. So it was no wonder that the penetration of this terrain was fragmented. As you walk – or rather force your way – through the wilderness, they’re easy to overlook. Sometimes they’re about a metre or two high, although most are knee-high at best, as if they were crushed by the centuries past. The primaeval tumulus, or burial mound.

The research conducted by Alfred Götz, who was assigned to work at the German Military Forest Administration in Białowieża during World War I, is considered to be the first archaeological excavation of the Primaeval Forest performed in accordance with modern scientific methods. In 1918, he catalogued over 300 burial mounds and conducted excavation work in 35 of them.

Reading / science
American acoustic ecologist Gordon Hempton takes us on a sound trip to the first quiet park on Earth, where we can hear the gentle sounds of the Zabalo River, nestled deep in the Amazon rainforest. Gordon Hempton

Nearly 100 years later, in 2017, the sound of power saws echoed in the Primaeval Forest. The dispute over the logging operation – deemed an absolute necessity by foresters, and an unlawful and harmful intervention by naturalists – finally ended up in the Court of Justice of the European Union, which ruled to immediately stop any work.

At the climax of the battle for the last natural forest in Europe, a gigantic archaeological inventory project of the Białowieża Primaeval Forest was carried out. The contracting authority was the General Directorate of the State Forests, and promoting the project in the public arena was the then Polish Environment Minister Jan Szyszko. The purpose of the research programme was to prove that the territory of today’s Białowieża Primaeval Forest was once heavily populated, and in consequence, that the Forest itself was planted by people.

The inventory survey was conducted using airborne laser scanning (ALS) to scan the ground using pulses of light. Using the data collected in this manner, a team of scientists at the Cardinal Stefan Wyszyński University (Uniwersytet Kardynała Stefana Wyszyńskiego – UKSW) created a digital model of the area. Analysis of this model allowed for a detailed look into what the Primaeval Forest was hiding.

And while Minister Szyszko spoke of 20,000 archaeological features, including the remains of settlements and cropland, it turned out that the dominating artefacts in the Białowieża Primaeval Forest are clusters of burial mounds. Around 800 embankments and hills were identified throughout the forest, and can be interpreted as Early Mediaeval cemeteries. Only a few of them have been archaeologically verified.

The uncovered necropolises vary in size. Some have a few graves, while others have a dozen or even several dozen. The largest known cluster of burial mounds, located in the Szczekotowo Reserve, has 130 such graves. The centuries-old tombs are not too impressive. The oval or round embankments are usually around five to six metres in diameter and 50 to 60 centimetres high. They are nearly invisible on the forest floor; you can walk over them and not notice.

The places that archaeologists investigated more closely show what a funeral might have looked like over a thousand years ago. Found in the top part of the mounds were tiny fragments of burnt bones, indicating that bodies were cremated. But we don’t know if that was done at the burial site or if the ashes were transferred there. Researchers also discovered pieces of ceramic vessels in the burial mounds. Their intended purpose is unclear. It’s quite possible that they were used to carry the ashes, although Götz presented a different hypothesis. In his opinion, a part of the funeral rite was the collection of mourners’ tears.

They found skeletons in some of the burial mounds. Some of these skeletons had jewellery – bracelets, glass bead necklaces and earrings – which would suggest the high social status of the people buried there.

But the real mystery for researchers are empty burial mounds – their purpose is ambiguous. They seem to resemble burial sites, but archaeological sounding excavations have not revealed anything that would suggest the presence of skeletons or human ashes. The only thing researchers managed to dig up was burnt matter and pieces of charcoal. We will probably never find out why they were created.

A journey in time

Yet the latest technology (scanning the ground with a laser or sophisticated ground-penetrating radar used by archaeologists from UKSW) does not always win with a common ally of scientists, namely blind luck. In the western part of the Białowieża Primaeval Forest, the remains of ancient ceramics were pushed to the surface by… moles.

The area of the Sacharewo Forest District, with its gentle slope and stream nearby, provided favourable living conditions. A comprehensive examination of the area revealed that one of the very few settlements in the region was located here. In the course of excavation work, researchers found ceramic fragments from varying periods, hearths, ovens, pits used to store food and many holes made by pillars supporting buildings.

What’s more, it turned out that the site in Sacharewo is unique in terms of its chronology. Scientists found artefacts from the Neolithic period there, such as stone tools, as well as features from the Iron Age and the period of heavy influence of the Roman Empire. It’s therefore quite possible that the settlement was inhabited by a variety of cultures over the centuries. This was home for people belonging to the so-called Wielbark culture, or for Goths, who were migrating south during the 2nd century CE. The last inhabitants were citizens of the First Polish Republic; attesting to this fact are coins from the times of the rule of King John II Casimir found in the vicinity of kilns used to produce charcoal.

The protection of the Białowieża Primaeval Forest, which has survived in various forms since at least the 15th century, provides the opportunity to take a multi-dimensional journey in time. On the one hand, even during a quick weekend outing, we have the opportunity to spend some time with the majesty of the ancient forest. On the other, we come to the realization that the ancient inhabitants of the region treated the Primaeval Forest like a shrine. This approach is something we could certainly learn from them. 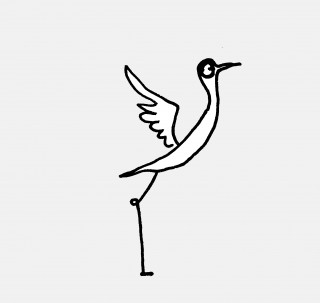 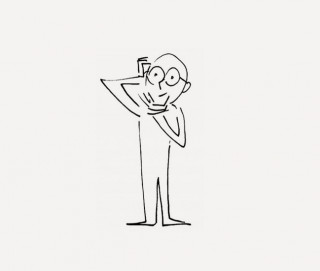 The Para-Scientific Popularity of Aura
A Journey into Morphic Resonance

Magazine / science
Aura is depicted in a variety of art and myths; it is also described by adherents of esotericism. But can it be proven scientifically? Tomasz Wiśniewski
Czytaj 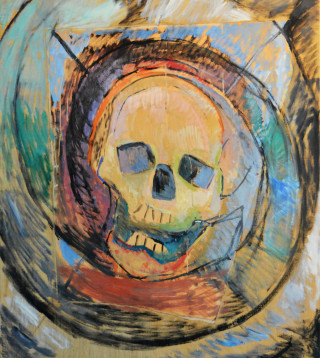 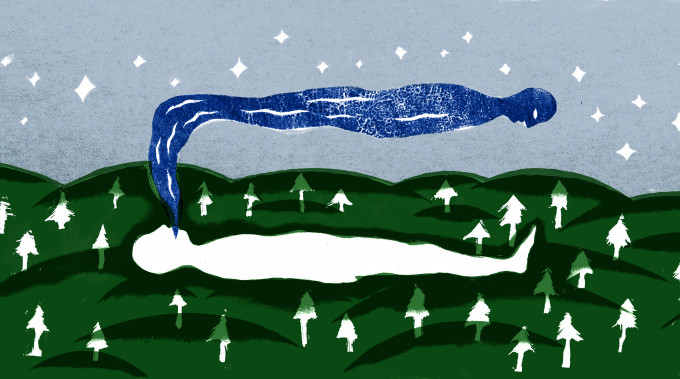 Reading / science
If you don't want to know anything about your death, consider this your spoiler warning. Kevin Dickinson
Newsletter