Magpies place leaves of grass next to the bodies of their close ones, orcas mourn their lost children, and young elephants who have witnessed their mother’s death may wake in the middle of the night crying. Scientists argue that animals mourn their dead just like humans.

In the summer of 2018, a 20-year-old female orca nicknamed Tahlequah, but known to researchers by the practical cryptonym J35, carried her dead baby for 17 days in the waters of the Pacific Ocean, off the shores of Canada. She covered more than a thousand sea miles (nearly 1900 kilometres), holding the dead calf above water. Specialists from the Center for Whale Research who watched the entire process said that the baby probably lived only half an hour after it was born. And that it was the female’s third labour in the last few years. All three were unsuccessful. Tahlequah was losing weight and getting weaker, but she did not leave the body. Researchers are certain that she was grieving, and it was an extraordinarily long process. Even though, as they say, some cetaceans refuse to part with their dead or stillborn children, and keep them above water or sometimes even throw them in the air to make them take a breath, the entire process lasts one day and not 17.

“I do believe that grief is the right word to use. One key feature of her behaviour was not only that she carried that small body, but if this body slipped off and went into the water she’s been making what whale biologists describe as a deep dive to retrieve the calf repeatedly. For me this is a very likely indicator for both her emotional connection to this little body and also to her distress,” said Barbara J. King, an anthropologist, a specialist in animal emotions and the author of How Animals Grieve, in an interview for the Canadian station CKWX. 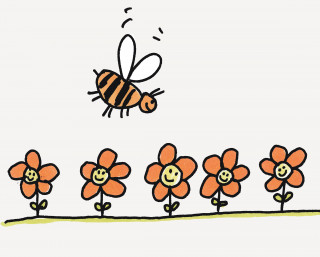 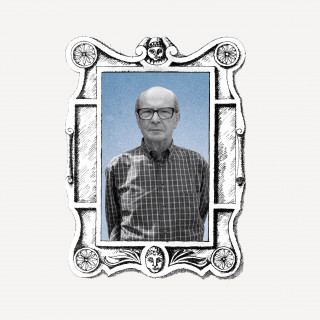 What Is Dying All About?
An Interview with Marcin Kula 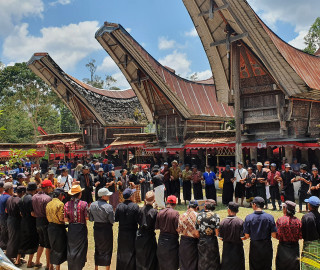 Magazine / society
Many cows live unhappy lives in industrial farms. But what about those cows who graze freely in meadows, enjoying life in a relative paradise? Dominika Bok

For years, scientists have been arguing about whether or not animals can grieve and mourn. Some believe that such emotions are exclusive to humans. Marc Bekoff, a retired professor of ecology and evolutionary biology at the University of Colorado in Boulder, one of the few specialists in the field of animal emotions worldwide, believes that: “It’s arrogant to think we’re the only animals who mourn.” On several occasions, Bekoff has written about how he once saw a phenomenon he later called “a magpie funeral service”.

“Years ago I observed what I called a magpie funeral. My friend Rod and I came upon a magpie corpse in the middle of a street in Boulder, Colorado. Here’s what we saw: ‘One magpie approached the corpse, gently pecked at it, just as an elephant would nose the carcass of another elephant, and stepped back... Another magpie did the same thing. Next, one of the magpies flew off, brought back some grass and laid it by the corpse. Another magpie did the same. Then all four stood vigil for a few seconds and one by one flew off.’ Afterwards, Rod and I also talked about how the surviving magpies seemed to tip their heads forward ever so slightly before they flew off,” Bekoff related for Psychology Today.

“I’m not surprised,” says Michał Targowski, director of the Gdańsk Zoological Garden and a biologist by education. “Corvidae are exceptionally intelligent birds. They live long and form strong family ties; they mate for years, sometimes even for life. They are no exception among birds. Take condors, of whom I might not have expected much in the way of complex emotions; yet we know that when a condor’s partner dies, the bird will spend the rest of its life alone and will not accept a new mate. And remember, these animals can live until 80.”

In scientific literature, there are numerous examples of grief among animals. We can read that some species, e.g. elephants or apes, can keep vigil over their dead for days. Researchers have witnessed cases when a female chimpanzee refused to abandon the body of her dead child and would carry it for days and hug it, even though the body was already starting to decay. In Zambia, researchers filmed a female chimpanzee who cleaned her dead baby’s teeth with dry straw. “Mothers not only carry dead babies; they’re very careful with them,” says Vanessa Woods, an Australian researcher and writer, in an interview for Time magazine.

Scientists agree that this kind of behaviour shows that the females experience the loss of their child on a deep emotional level. In nature, carrying a dead body weighing up to several kilograms, with predators roaming around, is definitely an instance of non-adaptive behaviour. Yet mothers take the risk.

Scientist and anthropologist Jane Goodall, most famous for her studies of chimpanzees, told the story of a young male called Flint who became depressed after his mother died, stopped easting, separated himself from the group and soon died. “His heart broke,” Goodall believes. Targowski adds: “I’m convinced that chimpanzees, among others, remember their close ones very well for their whole lives, even if at some point they become separated. Similarly, the death of a family member is recalled for many years. It’s no surprise – chimpanzees have the ability to think logically.”

Interestingly, some species have rituals surrounding death. For instance, gorillas can keep vigil for hours over the body of a family member. When Babs, a female chimpanzee, died of cancer at the Franklin Park Zoo in Boston, her partner wailed over her body, beat his breast, and then placed her favourite vegetable in her hand, trying to wake Babs up. Then each member of the troop approached Babs’ body and gently smelled it.

In their book Wild Justice: The Moral Lives of Animals, Marc Bekoff and Jessica Pierce write about Iain Douglas-Hamilton, a zoologist who spent over four decades studying elephants. He has registered numerous examples of empathy, particularly in the situation of death. One of the stories he told was about an ill female elephant, Eleanor, the herd leader in the Kenyan national reserve Samburu. One day, a younger female elephant, Grace, saw Eleanor fall down. She nudged her with her snout and foot, and then she pulled her to her feet and tried to encourage her to walk. When Eleanor fell again, Grace stayed with her until nightfall. Eleanor died in the morning. For the next week, other elephants visited her body, touched it or just quietly stood nearby. Even when park employees removed the tusks so that they would not fall prey to poachers, and the body was increasingly often visited by scavengers, the elephants kept visiting Eleanor’s body.

Michał Targowski tells a similar story: “We witnessed the grief of our female elephant after her female companion died. To make matters worse, we had to perform an autopsy of the dead animal. We’d been trying to do everything possible to prevent our elephant from seeing it: we hung a black plastic screen to hide what was going on in the other room. Yet she guessed what was happening and was losing her mind. We were worried she might die of a heart attack, which in the case of elephants is quite likely.” He adds: “Elephants experience the death of their close ones very deeply, they usually feel that the end is near. Elephants are a migratory species but when one individual becomes weak, the entire herd stops and waits for the ill animal’s passing; then, for many more days the herd keeps vigil over the body; only then do they continue on their route. And since elephants often go back to the same sites, they are able to find their way to a cemetery where they left somebody; they pause there for a while before continuing their journey.”

Joyce Poole, who has studied African elephants for several decades, writes that young orphaned elephants who witness the death of their mother – for example, at the hands of poachers – often wake up in the night crying. According to the researcher, grief and depression in orphaned animals are a common phenomenon.

Interestingly, as Bekoff and Pierce note, elephants can also grieve the dead of other species. In 2007 in Zimbabwe, a young female elephant Mundebvu suffered after the loss of her companion, a black rhinoceros who had been shot by poachers. They cut off his tusk and buried the body. The desperate elephant dug for hours trying to reach the rhinoceros’ body. She roared and squealed; two other elephants dug with her.

Scientists agree about one thing: grief has no adaptative function, so from an evolutionary perspective, it has no value for animals. Yet – as research shows – many species have a deep emotional response to the death of their close ones. Barbara King has no doubts: “What else is this, if not grief?”

Translated from the Polish by Adam Zrdodowski

What Is Dying All About?
An Interview with Marcin Kula 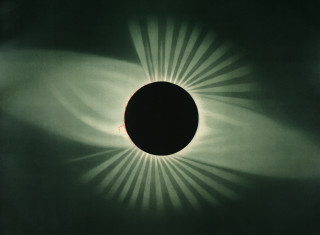 Magazine / culture
The myths and history of the ancient Greeks and Romans reveal the ways in which they viewed the sun. Paweł Janiszewski
Czytaj 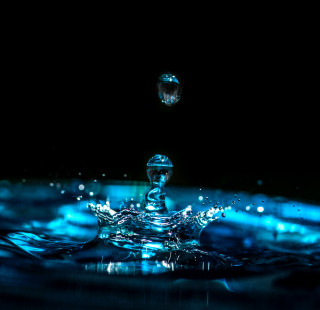 Let It Flow!
How to Manage Water Use

Magazine / society
Managing our water use is one of the most important steps we can take in influencing the local microclimate and living ecologically. Łukasz Nowacki
Czytaj 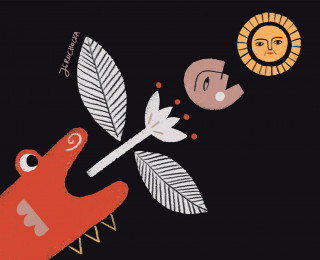 Descendants of the Sun
Death and the Inca

Magazine / society
Inca customs around death and the afterlife not only involved mummification – they were also influenced by beliefs in the cult of the sun. Tomasz Wiśniewski
Newsletter