Can we inherit memories? According to classical Darwinism: no. Yet sometimes the lived experiences of parents are echoed in their children.

As with many stories in biology, this one begins with mice. A few years ago, the American scientists Brian Dias and Kerry Ressler showed that mice can inherit some olfactory associations. The lab animals were exposed to acetophenone (a chemical compound that smells of dried roses), which was paired with small electric shocks. The mice soon developed a fear response to the smell. This wouldn’t be at all unusual, had it not been for the next stage of the experiment.

The mice – only males were selected in order to control for the effects of pregnancy and caring for pups – became the fathers of the next generation. As it turned out, this generation inherited their parents’ fear of smell, despite never having any contact with acetophenone or being negatively conditioned by the scientists. Moreover, not only the pups born through in vitro fertilization were scared of the smell of dried roses, but also their children – the grandchildren of the original experimental cohort.

Does this open up the possibility of inheriting memories and other acquired characteristics? Unfortunately, as is often the case with science, the truth is complex, and the answer can be summarized only with the German word jein meaning ‘yes… and no’.

Let’s begin with the basics, that is, with our DNA. It is sometimes said that the genome – a set of genes that each of us has – contains a blueprint of the whole body. Biology students are taught early on that this is an oversimplification. Genes do not determine the appearance of a body in every detail, just as blueprints do not determine the appearance of a building or a machine. Richard Dawkins coined a better metaphor: DNA genes are like a cookbook. The recipe for a traditional Polish hunter’s stew (called bigos) can be very specific – 1.5 kilograms of sauerkraut, two onions, a glass of red wine, stew on the hob for four hours – but in every home the dish will taste a little bit different, even if everyone uses the same cookbook.

The DNA in our cells is like the aforementioned cookbook. The thing is, almost all of our cells have exactly the same genome. So how do liver cells know that they are liver cells and should behave accordingly, and not, for example, like neurons? If DNA provided an exact, rigid blueprint for every cell, we would end up as a shapeless mass, formed by billions of identical cells! Obviously we don’t, and scientists have long wondered why. It turns out that the answer has much to do with something known as epigenetic changes.

It’s amazing how far you can stretch a good metaphor. Have you ever seen an old cookbook, one that was passed from generation to generation? The pages are yellowed and sometimes loose; stained, with notes in the margins. Somebody has corrected an Easter shortbread recipe, suggesting the addition of lard to the crumbly dough; someone else suggests more egg yolks. Epigenetic changes are precisely the equivalent of these notes in the margins. 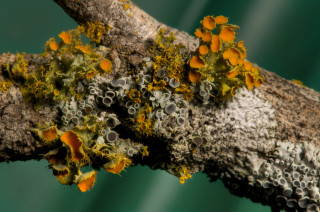 Magazine / science
Our perception of time can be affected many factors, including age, culture, and even what event we are waiting for. A writer investigates why exactly this happens. Agnieszka Fiedorowicz
Zobacz

Archaic and Eternal Time in the Mediterranean Sea ♫

Media / Audio
The Mediterranean Sea is a crossroads of the dispossessed, a place that bears witness to both watery deaths and renewed lives. Jarosław Mikołajewski reflects on its timelessness, and what it might reveal about humanity.
Czytaj 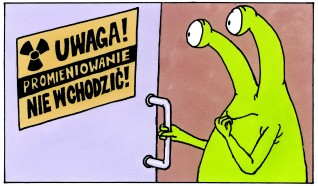 The Scream Through Time
The Problem With Labelling Nuclear Waste

It’s a bit hard to take it all in, but strangely enough, each of us has already seen or maybe even stroked a living example of epigenetic changes. You’ve probably all seen a cat with red and black patches. It’s called a tortoiseshell cat. And if you’ve seen it, it was almost certainly female. That’s because the genes responsible for fur colouring live on the X chromosome. Females, unlike males, have two of these chromosomes, and each can carry a gene variant responsible for a different colour: one variant for the red; the other (on the second chromosome) for the black. The cat’s mother may have been black, while her dad may have been red. However, only one X chromosome can be active in a cell, so at an early stage of development certain chemical modifications occur in each cell (like notes in the margin of a cookbook), switching off one X chromosome – for the most part randomly.

Epigenetic modifications are hugely important for cell specialization. As a result of them, most cells cannot change their specialization. If all the meat recipes in a cookbook were scribbled over with a felt-tip pen, you’d become a veggie, whether you liked it or not. If all the pages with dessert recipes have fallen out, your dinner will end abruptly after the second course.

Once introduced, the modifications forever reprogram a cell. When a cell divides, both copies inherit the modifications. This is what makes cloning a living creature from an ordinary cell so difficult. To make the cookbook useful again for all cell types, it has to be repaired and the notes in the margins removed. Such a ‘reset’ occurs in a fertilized egg.

Children of the ‘Hunger Winter’

Despite this ‘reset’, lived experiences are sometimes passed on to subsequent generations, including human ones. One of the most shocking examples comes from the recent history of the Netherlands. In November 1944, occupying German forces introduced a blockade in retaliation for a railwaymen strike organized in order to help the Allies. Cities were cut off from food and fuel supplies. The Hongerwinter famine (which literally translates to ‘Hunger Winter’) affected four million people, with 20,000 fatalities. As the health service and state institutions were still operating, the whole period is well-documented. We know precisely what the food rations were; all births and deaths were registered. The famine ended in May 1945, almost as suddenly as it began. Nonetheless, its effects were far-reaching. Dutch children born immediately after the war experience more chronic health issues – primarily diabetes, obesity, and cardiovascular diseases. However, this only applies to children whose mothers were malnourished during the first few months of pregnancy. If the pregnancy was already quite advanced in November 1944, the above effects did not occur.

Dutch scientists proved that children whose fetal life began during the famine underwent certain epigenetic modifications. For example, in the insulin-like growth factor 2 (IGF-2) gene, which is responsible for coding a protein linked to obesity and a higher risk of diabetes. What’s more, they also inherited the effects of their fathers’ malnourishment, suggesting that disorders weren’t only caused by the pregnancy environment. In addition, this didn’t only affect the children of the Hunger Winter – their children also have a higher risk of health problems.

According to the British scientists Charles Hales and David Barker, this mechanism is an evolutionary adaptation to periods of hunger. Let’s imagine that long periods of easy access to food are punctured by long periods of scarcity. It would be beneficial if children were somehow prepared to live in such a world. In the case of the Netherlands, diabetes, obesity, and cardiovascular diseases were merely side effects of the relatively quick disappearance of hunger. If the famine had continued, the modifications might have proved advantageous, enabling more efficient use of available food. To date, we don’t know whether this is the case, but the hypothesis is worth testing.

Here’s another unfortunately sad example. It was discovered that adults who have experienced childhood sexual abuse undergo certain epigenetic changes. These changes are distinct enough to determine with certainty whether someone was sexually abused. Moreover, these changes have also been discovered in the sperm cells of the studied men. Thus the possibility exists that children will also indirectly suffer from the wrongs inflicted on their parents. We do not yet know the precise nature of these effects, as it is difficult to distinguish changes resulting from cultural and environmental factors from those that are inherited epigenetically.

The mystery of the reset

Epigenetics is a fascinating science, but we must remember that its greatest achievements and most vibrant research are about cell development, not intergenerational transmission. As for the latter, we only have a handful of examples: mice that fear the scent of roses, the Dutch famine... and that’s basically it. In order for epigenetic changes to be transmitted to the next generation, they must survive the ‘reset’ that occurs after egg fertilization. We’re only just beginning to learn about the mechanisms behind this.

The good news is that we human beings can actually inherit memories. Not just from our grandparents, but across tens, even hundreds of generations. We can inherit the memories of people we’re not related to, remember their experiences, dreams, fears, hopes and joys. And you don’t need hunger or electric shocks to do this.

You just have to be able to read.

Magazine / science
Our perception of time can be affected many factors, including age, culture, and even what event we are waiting for. A writer investigates why exactly this happens. Agnieszka Fiedorowicz
Zobacz

Archaic and Eternal Time in the Mediterranean Sea ♫

Media / Audio
The Mediterranean Sea is a crossroads of the dispossessed, a place that bears witness to both watery deaths and renewed lives. Jarosław Mikołajewski reflects on its timelessness, and what it might reveal about humanity.
Czytaj

The Scream Through Time
The Problem With Labelling Nuclear Waste 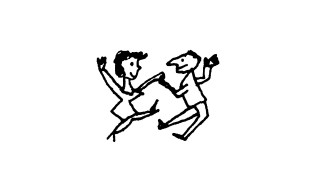 Media / Audio
The genome is like a cookbook; an old one with stains and notes in the margins. A biologist describes the fascinating discoveries of epigenetics. Original publication by January Weiner.
Zobacz 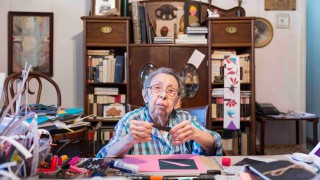 Media / Audio
Geta Brătescu is a Romanian artist who made a great impression on us during the last Venice Biennale. We tell the story of an exceptional figure, who became an international star only in her eighties.
Newsletter