Reeds, tall thick grass, waterlogged alder trees, and a glistening water surface. The colours of Biebrza change with the seasons. In the spring, the river overflows its banks and the entire valley glistens like silver. In the summer, the lush green dominates the landscape. In the autumn, yellowed reeds and meadows reign supreme. In the winter, the snow covers the Biebrza Valley, transforming it into a boundless, immaculately white plain.

I haven’t seen it white for a long while.

The Biebrza Wetlands are an important place on my personal map. Less than 60 kilometres separate me from this gem of nature, whose value cannot be overrated. This is where Poland’s largest national park is located, covering an area about the size of Warsaw. The Biebrza Valley is the biggest marsh and peat bog complex in Poland (and one of the biggest in the continent), the largest and most significant refuge for wild birds in this part of Europe, with a high capacity for water retention and carbon sequestration: the list of categories in which this unique region on Earth is number one is really long.

The Biebrza Wetlands are a grand monument to nature: one of the very few in Europe and comparable to the Pripet Marshes in Belarus, or the Danube Delta in Romania. Over thousands of years, the Biebrza River – only 165 kilometres long – formed a meltwater channel, which can store as much water as Poland’s largest retention reservoirs. The Biebrza River Valley – from the river’s headwaters near the Polish-Belarusian border to the Wizna region where it drains into the Narew, a tributary of the Vistula River – is like a massive peat sponge, which retains water and provides shelter for hundreds of rare fauna and flora species.

Disaster in the kingdom of birds 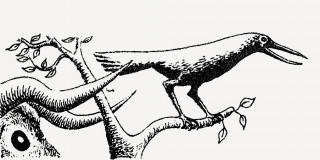 Birds doubtlessly reign supreme in the Valley. Over 250 species have been recorded here, which accounts for over 80% of all species found in Poland. Among them are, for instance, the ruff (which also embellishes Biebrza National Park’s logo), the great snipe, and the crane. Wetland birds find the Valley’s slight land elevations and large sedges in open marsh areas to be the perfect environment for nest-building.

The Valley is also inhabited by birds of prey such as the lesser or greater spotted eagle, and, most of all, the two largest and rarest raptors in Poland: the golden eagle and the white-tailed eagle. It is one of only a few spots where the black grouse and the short-eared owl can be found. The Biebrza marshes are also one of the last remaining refuges for the globally threatened aquatic warbler, whose survival depends directly on the preservation of the wetland ecosystem in an unchanged form. In the Biebrza National Forest there is at least a thousand aquatic warbler singing males, accounting for about one tenth of the entire population. The springtime bird breeding season in the overflow areas of the Biebrza River is a highlight for ornithologists from all over the world.

The Valley also provides habitat for many different species of mammals. Wolves and 10 species of bats, for instance, hide in the ruins of the old Tsar’s Fortress in Osowiec. The true rulers, however, are elks, with around 600 of them inhabiting the area. The overflow areas of the Biebrza River are the only place where they managed to survive Wold War II.

Local flora is another story. There are both rare species here – such as sundew – and relict ones, like the dwarf birch. In the marshes, there are 20 varieties of orchids.

This is partly why the wildfire, which by 26th April 2020 had consumed an area the size of Warsaw’s suburban Ursynów district (or of half my hometown – Białystok), has had such catastrophic effects. The habitat for many species has been destroyed, and many nests with eggs and baby birds have burnt down.

I’ve heard people comparing Biebrza National Park to the Notre Dame Cathedral. To me – pardon my French – the fire in the Paris landmark isn’t half as tragic as the Biebrza meadows fire. One reason is that even this great Gothic cathedral is like a children’s jigsaw puzzle when compared to the intricate entanglements of the Biebrza Valley ecosystem. What is more, so far we’ve proven ourselves capable of destroying the Biebrza Wetlands. Nobody is able to restore them, though. It is precisely the systematic destruction of this unique ecosystem that is the real reason behind the recent fire. For this tragedy to happen was only a matter of time. And history can repeat itself.

Who destroyed the marshes?

One answer is: drought. This year’s drought is expected to be the most severe in 100 years. The previous drought in the Biebrza region was observed last year, and the one before in 2018. The situation isn’t simply bad: it’s dramatic. Suffice to say, last year, in Podlaskie Voivodeship, where the Biebrza River has its source, and where it drains into the Narew, the annual rainfall was one third lower than the average over many years. In the spring season, most water flowing into the Biebrza comes from the melting snow. This year, however, almost no snowfall was recorded. When comparing the Biebrza fire to the Australian wildfires, which the world was watching at the turn of the year, we need to remember that in Australia it was the bush that was burning: the dry thickets. In the Biebrza Valley, the fire consumed wetlands, which at this time of the year could normally be entered only in waders. Every water gauge in Poland clearly indicates that we’re facing climate catastrophe.

Apart from climate change, the reason why smoke will envelope Biebrza sooner than expected is also human activity. Still, harmful activities of this sort usually take place at a lower-level and are relatively easy to stop. The bigger impediment to improving the situation in the Biebrza Wetlands is a thick wall of human ignorance and a strong tendency to dismiss facts. Because how else can we understand the decision to excavate new irrigation ditches and deepen the old ones, which was done with eagerness and the use of heavy equipment a few years ago in the Biebrza National Park’s buffer zone? How else can we describe the words of Marek Gróbarczyk, Polish Minister of Marine Economy and Inland Navigation, who claims that the only thing that can protect us from drought is the modernization of canal and water facilities, which in fact will only make the wetlands dry up faster?

How else can we describe the government’s plans to build the new expressway S16, which the General Directorate for National Roads and Highways envisions as a huge flyover running right across the Biebrza Valley? This absurd idea brings to mind the Rospuda Valley case.

Back then, in 1998, the government was also trying to build an expressway across the unique marsh valley of the Rospuda River. They were planning to build a one-and-a-half-kilometre-long flyover supported by massive concrete pillars, which would pierce the peat bogs. This would have led to the total destruction of the relict ecosystem of the valley, which is the last remaining refuge for many species in Europe. At the end of 2006, the European Commission intervened and many protests took place, with some activists chaining themselves to the trees to protect them from being cut down.

Eventually, the roundabout construction was stopped. The road, which is part of the Via Baltica route, was completed in autumn 2014, running where the environmental activists originally suggested: far from the Rospuda Valley. As in the case of Rospuda, in the Biebrza Valley the road builders insist on concreting the gems of nature, ignoring the fact that a dual carriageway express road is not what is needed there, to put it mildly. According to natural scientists, it will divide this valuable area into two parts, which will upset the balance of the wetland ecosystem.

Another fire in the Biebrza Valley might turn out to be the last extinguishable one. Although the April fire caused immense damage, it didn’t reach the peat layers deep in the ground. Such disaster would probably mean the end of the area’s hydrological system, which has been developing here for thousands of years. And there is no guarantee that next time we will be so lucky. The marsh fire is practically inextinguishable: it smoulders deep in the ground for weeks or even months.

Only long-lasting heavy rainfalls and a snowy winter can put the fire down – and it seems unlikely that we will observe either of these this year.

Reading / science
As humans disperse from urban areas as a result of COVID-19 restrictions, wildlife is returning to our cities. But to what extent is this true? And for whom is it beneficial? Mikołaj Golachowski
Zobacz 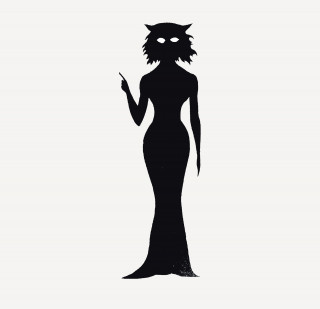 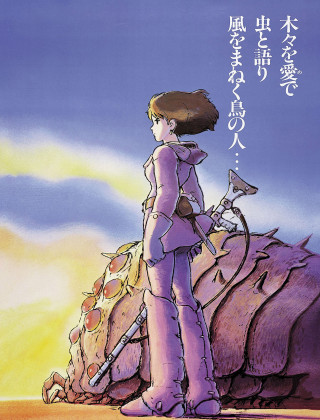