The almost 40-year-old Edgar Allan Poe is depressed. He cries for nights at a time. Drinks without stopping. Takes opium. On 2nd November 1848, he stuffs himself with laudanum and boards a train from Providence to Boston. But for him this journey is to end somewhere else entirely. At least that’s his plan.

Reading / culture
The supernatural prose of Stefan Grabiński reveals a plethora of earthbound horror that is right before our eyes. This is particularly apparent in his collection of railway-themed uncanny tales, “The Motion Demon”. Sam Pulham

Why was Poe in such a gloomy mood? Was he so affected by what he wrote? Was the darkness of the American’s own art coming out of him? After all, he was the author of the gloomy poem “The Raven”, the shocking crime story “The Murders in the Rue Morgue” and the tale of horror “The Masque of the Red Death”. But he also wrote things with a wink and a nod, funny and grotesque. And even educational. It was in 1848 that he published “Eureka”, an essay “on the material and spiritual universe”. He saw it as his opus magnum, but it didn’t win the recognition he expected. It bored or appalled even Poe’s friends. But this was just one of the many blows that fell on the writer during that period. Another brick in the wall.

Less than two years earlier, Virginia Clemm had died – the cousin he had picked out as a wife while she was still a child. At the time of the wedding she had been less than 14, while Poe was almost twice as old, at 27.

They spent a dozen years together. But not long before Virginia’s death after a long illness, rumours were circulating about the writer’s affairs. And when he lost his wife, the solitude hit him twice as hard. He started to make advances towards three women at the same time: the 27-year-old Marie Louise Shew (earlier his wife’s nurse); 28-year-old Nancy “Annie” Richmond (wife of a rich industrialist), and 45-year-old Sarah Helen Whitman (a widowed poet and a fan of Poe).

Unfortunately, Marie Louise cut off contact with him, because “Eureka” offended her religious sensibilities. Sarah Helen showed no signs of wanting to remarry. So on 2nd November, Poe was with Annie in his thoughts. He sent a letter to her with a reminder that she had promised to be there for his final moments. Then he took another dose of laudanum, which was meant to kill him.

The devil of indecision

Nothing of the sort. While he was still at the post office, Poe began to vomit. The uncharitable would say that he was in such poor condition that he couldn’t even manage to commit suicide. Resigned and mistreated, he returned to Providence. And there he started on another letter: to Sarah Helen Whitman! He wanted her to become his wife. Clearly, he himself couldn’t decide what his heart was telling him, because on 7th November he wrote again – to Annie. He said he loved her and life without her was agony. His condition is attested to by a picture taken on 9th November in Providence. In it the writer is emaciated and pale, with swollen eyes indicating exhaustion and fear.

Meanwhile Whitman, up against the wall, agreed to marry Poe. But a few weeks later someone would helpfully tell her about her future husband’s romance with Annie. The star-crossed lovers broke off their engagement, never to meet again. Poe was on the edge again. And suddenly he remembered something.

In the abyss of hopelessness

March, 1831. Poe was 22, an orphan, not managing in his studies at West Point. He felt that he had nothing and no one that bound him to his native country. “I intend by the first opportunity to proceed to Paris with the view of obtaining, thro’ the interest of the Marquis de La Fayette, an appointment (if possible) in the Polish Army,” he wrote in his farewell to his commander at the military academy. In Poland, the November Uprising was under way. West Point had a connection to Tadeusz Kościuszko, and was sympathetic to the Poles. La Fayette was a French hero of the American War of Independence, who in 1831 had established in Paris a committee to support Poland. Thus Poe had nothing to lose. Everything fit together. But the American didn’t make it to Poland to take part in the uprising. If he had, his life would certainly have turned out differently. Maybe he wouldn’t even have managed to become a writer, falling in the defence of the Wola Redoubt, and nobody would have ever heard of “The Raven”.

We don’t know why Poe didn’t leave for Europe (though years later he spread rumours about a journey to Russia – most likely to deceive creditors who were pursuing him for debts). It’s possible that in this escapade he was hindered by the death of his brother Henry Poe. This young rake, vegetating on the border of alcoholism, died of tuberculosis in 1831.

He had talent, too. In one of his works, he even described Edgar’s teenage love for a certain Sarah Elmira Royster. Unfortunately, the young suitor didn’t please the parents of his chosen one, and they gave her hand to a striving businessman. It was only after the death of his wife, Virginia, that Edgar renewed contact with Sarah Elmira, who, nota bene, had become a widow in the meantime. But after his unsuccessful suicide attempt in November 1848 and his failed attempts to start a new relationship with a woman, Poe started to wonder whether he shouldn’t spend the rest of his life with his former teenage love.

He bade farewell to Whitman and Richmond with a pair of poems, titled respectively “To Helen” and “For Annie”. In the summer of 1849, he met with Sarah Elmira and asked for her hand. She replied that she needed to think. That’s no surprise. Her children opposed the relationship. She had also heard talk of Poe’s problems with alcohol. It’s hard to even call it drunkenness; Edgar clearly suffered from an alcohol intolerance, but he couldn’t set it aside, even though after just one glass of wine he was unsteady on his feet. “It remains an open question whether he really drank as much in his whole lifetime as a modern successful American drinks, without comment, in six months,” another author, George Bernard Shaw, would write years later.

Old love never fades: Sarah Elmira decided to marry Edgar. Unfortunately, he died suddenly. The story from November of 1848 repeated itself. Once again, he was on the edge. He was still suffering from the loss of Virginia, couldn’t accept the failure of “Eureka”, showed signs of a persecution complex. He was found drunk, dirty and delirious in a tavern in Baltimore. He died on 7th October 1849. Not even a year had passed since the disastrous November of 1848. That autumn he didn’t get out of the hole; he only extended the chronicle of his death foretold.

Magazine / society
You never know when Lucifer might rear his evil head! Keep a look out with our pocket guide to malevolent beings from across the world. Adam Węgłowski
Czytaj 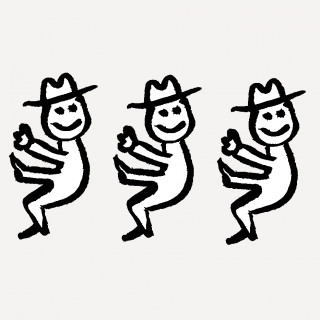 Oh Freedom, Where Art Thou?
The Art of the Prison Break 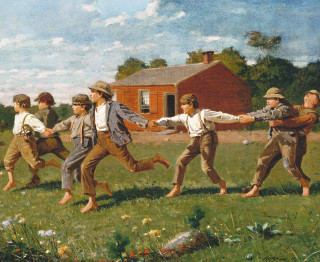 Magazine / society
We present you with an alternative history of the world, in which the Children’s Crusade was a success. Adam Węgłowski
Newsletter