The Barents Sea is my route to work. I sail through it on a ship filled with tourists when, as a guide, I travel north to show people the wild beauty of Spitsbergen, Franz Josef Land, and the North Pole itself.

Although it’s now merely a shadow of its former glory, the Barents Sea is still full of life. A few years back, I saw my first blue whale here. What a sight it was! Whenever a blow (absurdly called ‘a fountain’ in Polish) is spotted, passengers get excited, especially if it is a few metres high. Whales blow air forcefully, as if they are sneezing. Their breath contains compressed air, some steam, a bit of water from the blowhole, and a lot of snot.

Everyone hopes for the blue whale, but its slightly smaller cousin the fin whale is much more likely. Only when we come closer and see the grey, spotted back with a grotesquely tiny triangular dorsal fin, rolling by slowly and for much longer than other whales, do we rejoice. Loud shouts erupt all over the ship.

It’s not only the whales that make the observers ecstatic. I think the word ‘orcasm’ best sums up what happens on the deck when the huge, black-and-white bulks of killer whales appear nearby. They are the only real apex predators in the world. Polar bears avoid large walruses; lions must look out for buffalo; but orcas, if they fancy a fish liver, can hunt for the great white shark.

Sometimes even more extraordinary encounters take place in the Barents Sea. It was here that I saw my only northern bottlenose whale. They are among the most mysterious and least studied oceanic creatures. Not that large, they can dive very deep, up to 1.5 kilometres into the depths.

I treasure all of these memories, though my first contact with the Barents Sea was traumatic – in 2007, one tourist decided to commit suicide here by jumping into the waves. I remember how difficult it was to spot her corpse, dressed in white, floating among the ice.

And I can’t help thinking bitterly that now it would have been easier to spot her, for there is much less ice. 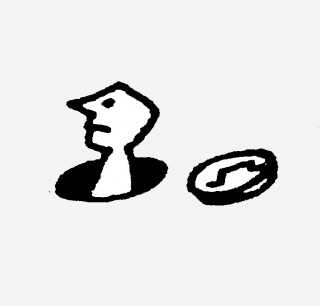 Magazine / science
The genome is like a cookbook; an old one with stains and notes in the margins. A biologist describes the fascinating discoveries of epigenetics. January Weiner

For thousands of years, the Barents Sea owed its uniqueness to ice. When it melted, it coated the entire reservoir with a layer of water slightly colder and sweeter than that of the Atlantic Ocean. However, since 2000, the sea’s temperature has risen on average by 1.5°C, especially in the northern regions. Sigrid Lind from the Institute of Marine Research in Tromsø wrote recently in an article published by Nature Climate Change that the characteristic water layers in the Barents Sea are disappearing. Not enough ice, icebergs or other shards from glaciers reach this part of the world, meaning that the blanket of colder, sweeter water cannot prevent Atlantic waters from rising to the top. The sea is now turning into a body of water typical of temperate oceans. Right before our eyes, the Atlantic is swallowing a chunk of the Arctic.

The problem with the disappearance of ice is that it’s self-perpetuating. White ice reflects solar energy (thanks to the so-called ‘albedo effect’). When there’s less of it, energy gets absorbed by dark seawaters or by land. Then it gets warmer, resulting in even more ice melting away. Because of this feedback loop, the Barents Sea has lost some of its essential characteristics forever, literally during the last few years. One consequence predicted by climate scientists is extreme weather conditions in Europe, especially during winter. If you look out the window, you might be able see this effect already.

Or better yet, let’s return for a moment to the glory days of the Barents Sea, which stretches between northern Scandinavia and the archipelagos of Novaya Zemlya, Franz Josef Land and Svalbard. In the Middle Ages, Russians, Pomors and other nearby peoples called it the Murmansk Sea – a name that shared its root with the biggest Arctic town on the Kola Peninsula, the fat tail of Scandinavia. ‘Murman’ probably derives from ‘Norman’, meaning ‘man of the north’. The Pomors had lived on the White Sea coasts for centuries, where they exploited those waters, rich in fish, whales, seals and walruses. We don’t know who arrived there first, but the sea was methodically studied between 1594 and 1597 by the famous Dutch navigator Willem Barents, who was looking for the Northeast Passage to Asia. He is officially credited with discovering Svalbard, the archipelago of which Spitsbergen is the largest island. And, of course, he gave the sea its name.

Barents himself died of cold and hunger when he was forced to winter on Novaya Zemlya. However, his discoveries opened up the treasure vault of Svalbard for Europeans. In subsequent centuries, the archipelago was ruthlessly exploited – some even refer to ‘the rape of Svalbard’. Relatively shallow waters surrounding it force cooler water towards the surface, a phenomenon known as ‘upwelling’, which is beneficial for unicellular algae called phytoplankton. Thanks to this constant enrichment and the light of the polar day (lasting for 24 hours in the summer), the algae multiply like crazy. They provide food for krill, which in turn sustain fish and bigger invertebrates, who are then eaten by birds and sea mammals. As a result, Svalbard has always been one of the most fertile regions in the already fertile Arctic. No wonder that industrial hunting for whales, walruses, seals and later also reindeer, foxes and polar bears developed alongside fishing. For centuries, once one group was hunted to near extinction, people simply moved on to another.

I sometimes think that Arctic tourism – thanks to which I earn my living – constitutes yet another (fortunately, the least harmful) phase of exploitation in this region. But I’m also aware that thanks to sightseeing cruises each year, thousands of people come home filled with awe, convinced that it’s an area worth protecting.

During each trip, we collect rubbish from Svalbard’s beaches with tourists. The Arctic itself doesn’t produce much waste, but ocean currents bring a lot of plastic and other pollutants from all over the world. For me, the most telling example was a Japanese-style flip-flop. This most un-Arctic of objects had wandered all the way up to the Barents Sea.

Scientists estimate that there are 72,000 tons of plastic in the Barents Sea. In addition to the ubiquitous microplastics, there are larger objects, half of which come from the fishing industry. The other half are our very own plastic straws, bottles, bags and cigarette lighters. Over 70% of birds surveyed around Svalbard have traces of this rubbish in their stomachs. Carefree animals swallow up plastics because 100 years ago practically everything that floated to the surface (excluding perhaps drifting trees and ships, which were of interest only to kraken and certain sea snakes) was fit to eat. Land animals are more picky, as they encounter stones, sticks and other inedible objects. Sea animals, however, eat whatever they find. Clogging their stomachs with useless plastic, they die of hunger.

Plastic and global warming. In the Barents Sea, you can see exactly what we are doing to our planet.

And it’s ever more easy to observe, for there is less and less ice with each passing year.

Magazine / science
The genome is like a cookbook; an old one with stains and notes in the margins. A biologist describes the fascinating discoveries of epigenetics. January Weiner
Czytaj 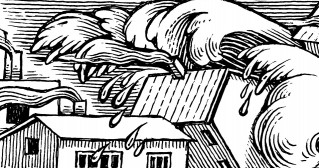 Storm Before the Calm
The Impending Collapse of the West

Magazine / society
Across the last few centuries, the West has established global domination. Yet change is coming, in part spurred on by our overindulgence in economic growth and fossil fuels. Kacper Pobłocki
Czytaj 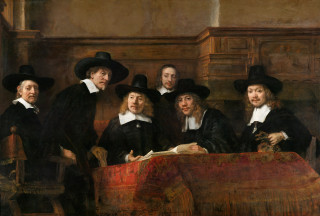 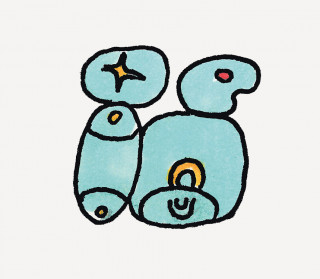 What Kind of Mayan Are You?
The Mayan Horoscope

Magazine / culture
The Mayan Horoscope is extraordinary – why not find out what your Mayan zodiac sign is?
Newsletter