In the Valdemar Questionnaire, we give voice to translators who reflect on their work and role as intermediaries between languages and cultures. In this instalment of our series, Valdemar takes on Anna Zaranko, author of the featured translation “When They Come in Our Dreams” by Kornel Filipowicz.

You can read Anna’s translation of Kornel Filipowicz’s “When They Come in Our Dreams” here. 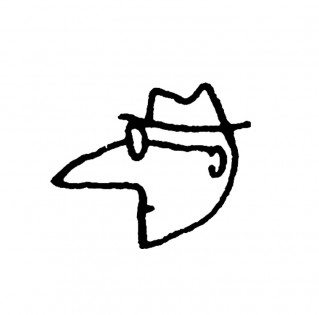 When They Come in Our Dreams

Reading / literature
Sometimes the dreams in which we find ourselves are more vivid than the realities from which we have just arrived… A short story from one of Poland’s finest writers of the form. Kornel Filipowicz
Czytaj 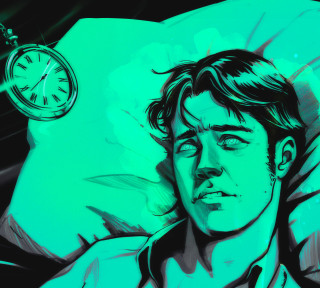 Reading / literature
Ursula Phillips speaks with Valdemar about being a Slavic librarian, the inherent compromises of translation, and wrestling with Adam Mickiewicz. Ernest Valdemar

How did you become a translator?

By accident; people kept giving me things to translate – but I didn’t think of myself as a ‘Translator’, and I certainly wasn’t up on translation theory. Then one day, I had to visit Roman Zimand in Warsaw to discuss a piece of his I’d worked on. I was terrified. He basically gave me a pretty brutal, but incredibly useful workshop, in which I learnt all about the art of nuance, among many other things.

Knowing that you’re going to turn over every single word in a book; translating is the most in-depth bit of reading you will ever do and whatever the outcome, it’s a very special experience in itself.

When a sentence turns into a Rubik’s Cube that you just can’t finish; reading a published translation and realizing how much you’d like to change.

Following any word from any language ‘down the arches of the years’; you need good reference works to get to grips with where a word has been, as it were, and what allusions it has picked up along the way, what hidden baggage it’s carrying, from both the etymological and the cultural point of view. And then you have to find an equivalent in the target language. Polish punctuation is very different too. Sometimes you just have to take the plunge and say: stop with the one-sentence paragraphs and endless clauses – I’m coming in with the full stops and semi-colons.

Packing all your stuff, dismantling your house and rebuilding it with the same materials in a completely new place, so that it comes out completely different, but feels the same.

If the translator is the driver and the reader the passenger, it’s like driving in a foreign country where everything you see through the window is strange and new and different, but somehow the driver never goes over potholes, or speed bumps, or stops at lights, or changes speed, or does anything to distract the passenger from what they’re looking at.

Why did you decide to translate When They Come in Our Dreams?

I’m an admirer of Filipowicz’s work in general, but this particular story is eerily prescient; it seems extraordinary that he wrote in the late 1970s, long before the current plight of migrants from other continents came to the fore. The dream-like atmosphere he creates is shot through with acute and unsettling observations.

There are a lot of ghosts in this story. Do you yourself believe in ghosts, spirits, apparitions? (Valdemar wants to know)

Only when I sense the presence of an author I’m working on, sitting in the corner of the room, raising an eyebrow and wincing.

What is the quality you find most attractive in Filipowicz’s writing?

So many – but to list just a few: a wonderful quality of understatement; his empathy for children and animals; unflinching but humane observation and self-awareness.

What is your favourite sentence in this piece?

“At the end of the street, at its exit, the sun, obscured by the buildings, slanted its light low from the side, making people and objects appear as though inside an aquarium, in some strange substance which bent the light differently.”

Because in sentences like that, the original has to be completely dismantled and reconstructed...

What is the book you will translate next?

My next project is the new great epic Chłopi (The Peasants), written between 1904 and 1909, by another Polish Nobel winner: Władysław Reymont [whose ghost haunts the “Przekrój” Warsaw offices at Górnośląska 16, where Reymont passed away in his apartment in 1925 – says Valdemar]. Its four volumes follow the life of the peasants in a remote Polish village through the rhythm of the seasons, beginning with autumn. It is full of drama, colour, and passion – ranging from the beautiful and lyrical, funny and bawdy, to the shocking and poignant. Among its many challenges for the translator, the greatest will be to create a vivid vernacular for the language of the peasants.

Being told that someone likes your version as much as the original.

Behemoth the cat in The Master and Margarita.

Is there any author you are afraid of (translating)? (Valdemar wants to know)

19th-century poetry in general. Please don’t make me do it.

A New Forest pony or a wolf.

A freelance editor and translator, primarily from Polish, but also French and Russian. She is the translator of Julia Fiedorczuk’s short stories. Zaranko’s most recent books include Kornel Filipowicz’s novel The Memoir of an Anti-Hero (Penguin, 2019) and the Russian anonymous spiritual classic The Way of a Pilgrim: Candid Tales of a Wanderer to His Spiritual Father (Penguin, 2017). She was born in and lives in the UK.

When They Come in Our Dreams

Reading / literature
Sometimes the dreams in which we find ourselves are more vivid than the realities from which we have just arrived… A short story from one of Poland’s finest writers of the form. Kornel Filipowicz
Czytaj

Reading / literature
Miroslaw Lipinski speaks with Valdemar about his conversations with (the long-deceased) Grabiński, his love for trains, and returning as Tarzan in a future life. Ernest Valdemar
Zobacz

Media / Audio
A corpse has been discovered at a retirement home run by nuns, but Zofia is not convinced that the death was entirely natural... Antonia Lloyd-Jones translates an excerpt from the first novel in a period crime series featuring Zofia Turbotyńska.
Czytaj