A tale about a girl who decided to be herself

I once had a friend who, when she turned 33, finally decided to be herself. It was all because of her personal trainer, who had terribly messed with her mind. During one of the sessions, she heard this: “To be yourself, you have to start competing with yourself.”

She took this advice very seriously, and experienced all the possible consequences. When she bought a new dress, she would immediately become jealous of herself and would have to buy another one. When she was successful at work, she would start to hate herself right away, feeling that she had to be even more successful. In a certain sense, she turned into two different people. When one of them bought a new Ford, the other would slash her tires and go out to buy a Mercedes. When she was the first to find out about the Mercedes, she would break all the windows in it. It was really a pity to watch this absurd battle, especially since my friend had been falling deeper into debt, which her competitor was deliberately not paying off.

Reading / literature
“those are your Sunday rules / that you kill the rooster...” Marcin Orliński presents a piece by a young Polish poet. Antonina Małgorzata Tosiek

The climax came when the girl left the dentist’s office, and, having caught a glimpse of her competitor’s beautiful teeth, immediately hit her in the jaw with a fire extinguisher pulled from the wall, thus knocking out both her front teeth.

Today, after prolonged and difficult psychotherapy, my friend shares the same thought with everyone: “My best advice: never try to be yourself.”

A tale about travelling

Every single time Stefan left Poland, he would end up back in Poland.

It’s hard to believe, but that’s the way it was. He would board a train bound for Vienna, but when he arrived, he would discover that he was in Radom. He would go to Paris, and find Sieradz there instead. He would leave for Prague, but end up in Koluszki. And so on. For a while, he had suspicions that it was a conspiracy of the transport companies and the government. So he tried to get out of the country on foot, but when he crossed the Olza river which divides the Polish town of Cieszyn and the Czech town of Český Těšín, he found himself in Mława.

He understood that he could never leave Poland. Everywhere the same chimneys, the same grey pigeon on the same grey pavement, the same garbage in the hotel room, the same face in the mirror. Even the vodka in the store was the same.

In despair, he stopped travelling altogether, settled down in Kutno, and started to design advertising brochures. He would market Greece with Polish breaded pork chops, advertise Mallorca with oscypek smoked cheese from the Polish mountains, and promote Easter Island with Polish white sausage. It turned out to be a great idea, because the travel agency he was working with made a fortune.

Stefan led a comfortable life and never again had any intention of travelling. 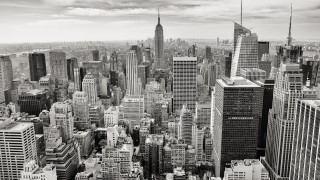 Reading / culture
A scholar remembers a journey he made to New York in the 1980s, and reflects on the relationships he encountered, some of which were better avoided. Ziauddin Sardar
Czytaj
Ziauddin
Sardar 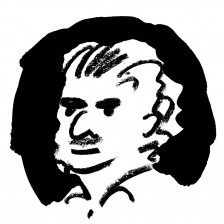 Reading / culture
A scholar reflects on two types of journeys, described in Islam as 'rihla' and 'safar', and discusses how they can enrich our understanding of the world.
Czytaj 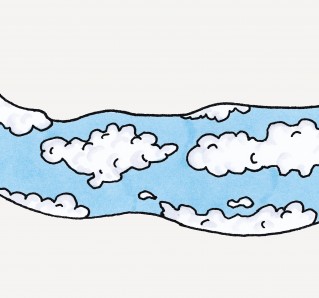 Reading / literature
“Are you going to Świder? / Because I’m going to Świder.” A poem by a “Przekrój” favourite. Konstanty Ildefons Gałczyński
Newsletter