What did Stanisław Lem imagine the future to be like? It turns out that we live surrounded by technologies and gadgets, the development, introduction and workings of which were accurately predicted by the writer half a century ago – from the internet through smartphones to 3D printers. What other formerly dreamt tomorrow is still awaiting us?

The internet and Google (Lem: the Trion Library)

“Trion can store not only luminescent images, reduced to a change in their crystal structure, that is images of book pages, not only all kinds of photographs, maps, images, graphs and tables – in other words, anything that can be observed by sight. Just as easily, Trion can store sounds, the human voice as well as music, there is also a way to record scent.”

“We use it today without even thinking about the efficiency and might of this great, invisible net which enlaces the globe. Whether it be in one’s Australian studio, or in a lunar observatory, or on board of an airplane – how many times has every one of us reached for our pocket receiver and called upon Trion Library central, naming the desired work which, within a second, appeared in front of us on the television screen? Nobody even ponders the fact that owing to the perfection of the devices, each Trion can be used at any time by any number of users without them disturbing one another in the least.”

“Trion can finally include a record of ‘a production prescription’. Connected to it by radio waves, the automaton produces the object needed. Thus, even the most sophisticated whims of fancy can be satisfied: like those of daydreamers wishing they had ancient furniture or the most extraordinary clothing. After all, it is difficult to send to every part of the world the unimaginable diversity of goods which are only longed for occasionally.”

“[…] as a result of gradual merging of computing machines and memory banks there emerge continental, and later even planetary computer networks […].” 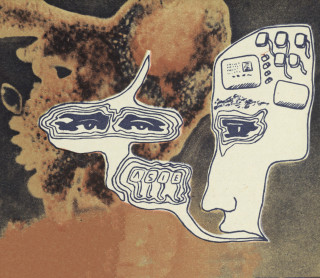 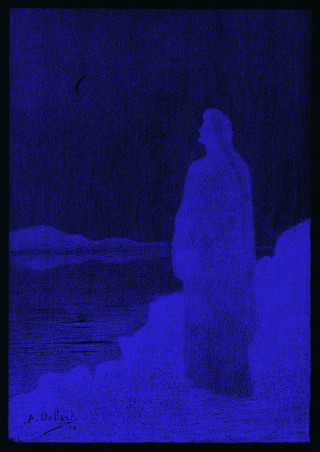 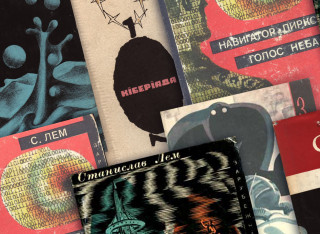 Reading / culture
A scholar talks about why Polish science fiction writer Stanisław Lem was so well-received in the Soviet Union – and why he continues to be popular in Russia to this day. Dariusz Kuźma
Czytaj

The Polish Road to Motorization

Reading / culture
In 1957, future sci-fi legend Stanisław Lem wrote for “Przekrój” about the role of cars and motorization in Polish society – and how it differed from the West. Stanisław Lem

“I spent all afternoon in a bookstore. There were no books in it. None had been printed for nearly half a century. And how I have looked forward to them, after the micro films that made up the library of the Prometheus! No such luck. No longer was it possible to browse among shelves, to weigh volumes in hand, to feel their heft, the promise of ponderous reading. The bookstore resembled, instead, an electronic laboratory. The books were crystals with recorded contents. They can be read with the aid of an opton, which was similar to a book but had only one page between the covers. At a touch, successive pages of the text appeared on it.”

“What can a person connected to a phantomatic generator experience? Everything. He can climb the Alps, wander around the Moon without a spacesuit or an oxygen mask, conquer medieval towns or the North Pole while heading a committed team and wearing shining armour. He can be cheered by crowds as a marathon winner or the greatest poet of all time and receive a Nobel Prize from the hands of the Swedish king; he can love Madame de Pompadour and be loved back by her; he can enter into a duel with Iago to avenge Othello or get stabbed himself by Mafia hitmen. He can also experience enormous eagle’s wings growing on his back; he can fly and then become a fish again and spend his life on a coral reef; as a shark he can career with his mouth wide open toward his victims; he can even capture the swimmers, eat them with great relish, and digest them with gusto in a quiet corner of his underwater cave. […] he can be a prophet, with an additional guarantee that all his prophecies will be fulfilled 100 percent; he can die and be resurrected many times over.”

“Yet, it turns out that freedom of expression sometimes presents a greater threat to an idea, because forbidden thoughts may circulate in secret, but what can be done when an important fact is lost in a flood of impostors, and the voice of truth becomes drowned out in an ungodly din? When that voice, though freely resounding, cannot be heard, because the technologies of information have led to a situation in which one can receive best the message of him who shouts the loudest, even when the most falsely?”

“Some of the pseudoinsects could pierce the human body like bullets; others could be used to create optical systems throwing sunlight over wide areas, altering the temperature of large air masses so as to produce heavy rainfall or fair weather, according to the needs of the campaign. There existed ‘insects of meteorological forces’ corresponding to nothing we know today. The endothermic synsects, for example, absorbed large quantities of energy for the sole purpose of causing a sudden drop in temperature over a given area, resulting in a thick fog or the phenomenon known as inversion.”

“Weapon Systems of The Twenty First Century or The Upside-down Evolution” in: One Human Minute (1986)

“But optons were little used, the sales-robot told me. The public preferred lectons which read out loud and which could be set to any voice, tempo, and modulation. Only scientific publications of a very limited distribution were still printed, on a plastic imitation paper.”

“The first work of bitic mimesis to gain world renown was a novel by Pseudodostoevsky, The Girl (Devochka). It was composed during a phase of relaxation by a multimember aggregate whose assignment was to translate into English the collected works of the Russian writer. In his memoirs the distinguished scholar of Russian literature John Raleigh describes the shock he experienced upon receiving the Russian typescript of a composition signed with what he took to be the singular pseudonym of hyxos.”

“A History of Bitic Literature” in: Imaginary Magnitude (1973)

On the horizon of all prognoses

“Yet, these naive and ingenuous prognoses, or rather little prognoses, will in fact lose any significance in the first half of the approaching century, because the universal phantomatisation caused by the introduction of pocket phantomats, slightly smaller than a modern Walkman, will surround and wrap a person with a vision of such a world against which paradise will become a storeroom for old wellies.”

Introduction translated from the Polish by Agata Masłowska

Reading / culture
A scholar talks about why Polish science fiction writer Stanisław Lem was so well-received in the Soviet Union – and why he continues to be popular in Russia to this day. Dariusz Kuźma
Czytaj

The Polish Road to Motorization

Reading / culture
In 1957, future sci-fi legend Stanisław Lem wrote for “Przekrój” about the role of cars and motorization in Polish society – and how it differed from the West. Stanisław Lem
Czytaj 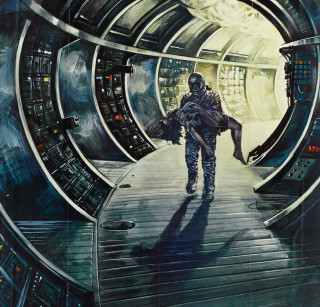 Magazine / culture
The Space Race was a secretive time for the Soviets. So secretive, that the cosmic spacecraft watercolours painted by the Russian architect Galina Balashova have been completely forgotten. Konstanty Usenko
Zobacz 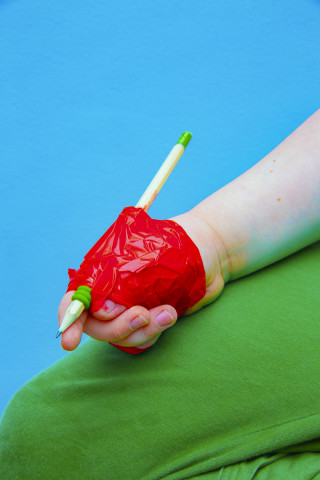 Media / Photo
“The Republics of the future depend on how their youth is raised…” This is a quote written on the wall of the J. Zamojski Academy. What are Polish schools like? Well, everyone in Poland knows that quite clearly. We can hear Gombrowicz chuckle from beyond the grave... Why? An attempt to investigate the contemporary educational system was undertaken by the photographer Karolina Wojtas.
Newsletter