“Mihail Petrovich Zotov, a decrepit and solitary old man of seventy, belonging to the artisan class, was awakened by the cold and the aching in his old limbs. It was dark in his room, but the little lamp before the ikon was no longer burning. Zotov raised the curtain and looked out of the window. The clouds that shrouded the sky were beginning to show white here and there, and the air was becoming transparent, so it must have been nearly five, not more.

Zotov cleared his throat, coughed, and shrinking from the cold, got out of bed. In accordance with years of habit, he stood for a long time before the ikon, saying his prayers. He repeated ‘Our Father,’ ‘Hail Mary,’ the Creed, and mentioned a long string of names. To whom those names belonged he had forgotten years ago, and he only repeated them from habit. From habit, too, he swept his room and entry, and set his fat little four-legged copper samovar. If Zotov had not had these habits he would not have known how to occupy his old age.

The little samovar slowly began to get hot, and all at once, unexpectedly, broke into a tremulous bass hum.

‘Oh, you’ve started humming!’ grumbled Zotov. ‘Hum away then, and bad luck to you!’ 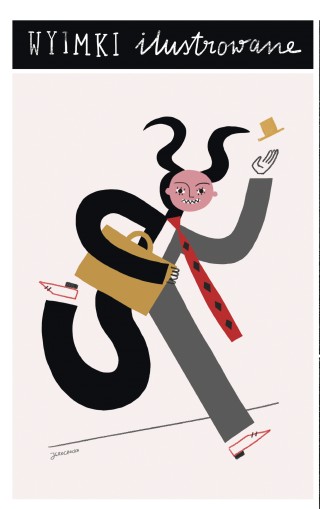 At that point the old man appropriately recalled that, in the preceding night, he had dreamed of a stove, and to dream of a stove is a sign of sorrow.

Dreams and omens were the only things left that could rouse him to reflection; and on this occasion he plunged with a special zest into the considerations of the questions: What the samovar was humming for? and what sorrow was foretold by the stove? The dream seemed to come true from the first. Zotov rinsed out his teapot and was about to make his tea, when he found there was not one teaspoonful left in the box.

‘What an existence!’ he grumbled, rolling crumbs of black bread round in his mouth. ‘It’s a dog’s life. No tea! And it isn’t as though I were a simple peasant: I’m an artisan and a house-owner. The disgrace!’”

Anton Chekhov, “The Dependents”, [in:] The Cook's Wedding and Other Stories, Project Gutenberg, 2018

Translated from the Russian by Constance Garnett

We love good literature, but what we love even more is sharing it with others. By supporting PRZEKRÓJ Foundation you help us publish selected short stories, poetry and excerpts from books on our website.

Magazine / culture
“I like bats much better than bureaucrats.” An excerpt from C.S Lewis’s “The Screwtape Letters”, illustrated by Joanna Grochocka. Joanna Grochocka
Czytaj 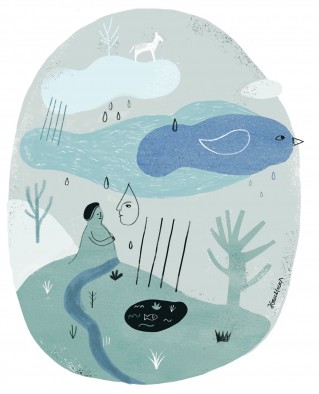 Magazine / culture
“The clouds pass and the rain does its work and all individual beings flow into their forms.” An excerpt from the ancient Chinese text “I Ching”, illustrated by Joanna Grochocka. Joanna Grochocka
Czytaj 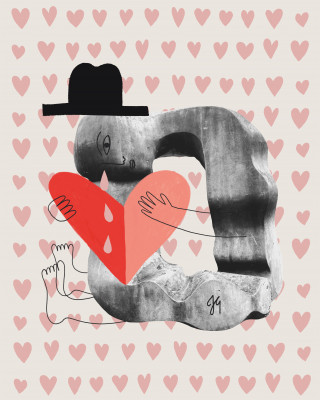 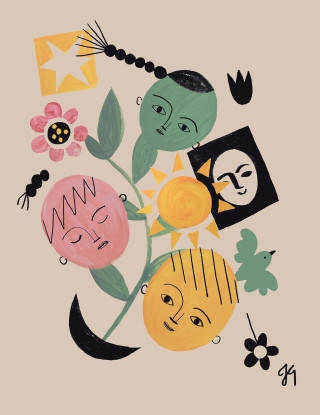 Janusz Korczak, “How to Love a Child”
Illustrated Snippets 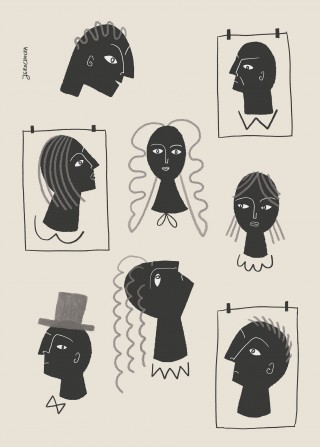 Magazine / culture
“We must picture hell as a state where everyone is perpetually concerned about his own dignity and advancement...” An excerpt from C.S Lewis’s “The Screwtape Letters”, illustrated by Joanna Grochocka. Joanna Grochocka
Newsletter