Here is the first photographic album in history, a perfect combination of science and art. Its author, Anna Atkins, remained anonymous for over 100 years. Today, her blue world regains its shine.

The fact that Anna was born in 1799 in England was not conducive to her scientific career. In the Victorian era, with its biological determinism and puritan morals, a woman was seen first and foremost as a mother and a matron. Anna’s own mother – having fulfilled her main social duty – got ill in childbirth and a year and a half later orphaned her baby. The bitter irony of this stroke of fate is perhaps such that this tragedy helped Anna to fulfil her passion. The strong bond with her father, John George Children, allowed her to progress in a field that transgressed the narrow stage assigned to the social role of a woman. The father, a respected chemist and zoologist, secretary of The Royal Society, not only inspired his daughter’s interest in nature, but also facilitated her contacts with scientific circles. And this was a breakthrough time in the development of natural and technical sciences. Already at the age of 24, Anna – combining her botanical interests with artistic flair – made her debut as the author of drawings for Genera of Shells by Jean-Baptiste Lamarck, the precursor of the theory of evolution (the book had been translated from the French by Anna’s father). 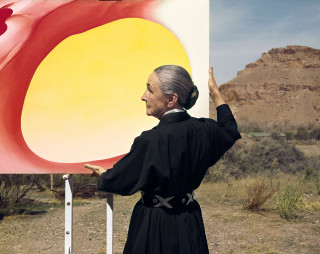 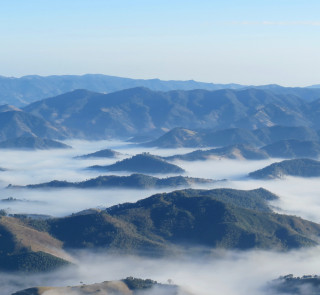 Magazine / society
After years of documenting death and suffering, the Brazilian photographer Sebastião Salgado turned his lens towards life – the biodiversity of our planet’s flora and fauna, and its indigenous peoples who live in harmony with nature. Agata Kasprolewicz

Hand drawings have proven to be an insufficient technique for archiving the wealth of scientific records coming together in those days. At the time, Louis Jacques Daguerre in France and William Fox Talbot in England were working on a method of capturing images on photosensitive material. Their aim was to record aesthetic impressions, creating images faithful to reality; at that point, nobody thought of the archiving power of photography. The Frenchman was supported by his government, and his daguerreotype – announced in 1839 and using metal plates as carriers for the fixed images – gained more popularity. In the same year in London, Talbot gave a talk On the Art of Photogenic Drawing to members of The Royal Society. He summed up his years-long research of the calotype technique, in which the image from the camera was fixed on photosensitive paper saturated with silver nitrate. George Children and his daughter, both Talbot’s friends, immediately tried their hands at this new technique, which made Anna the first woman – next to Constance Talbot, the calotype technique inventor’s wife – to take a photograph.

Anna was, however, more interested in cyanotype, the technique invented by the third pioneer of photography: the photographer, chemist and astronomer John Herschel. John, just like our protagonist, shared the interests of his dad William, who discovered the planet Uranus. Clearly, science in Victorian England was rooted in family. Herschel’s first attempts at creating colour photograms started with experimenting with natural dye obtained from flowers in his own garden. Paper with an image imprinted on it was saturated with them and then exposed to the sun, which lightened the colour, creating a positive. The downside of this method was the period of light exposure, counted in hours or even days. Herschel was looking for a more sensitive material. He acquired some potassium ferricyanide and, to his surprise, this photosensitive, dark-red chemical compound when exposed to light, instead of going paler, turned into a negative with a blue background. Herschel recognized a pigment well-known to painters: Prussian blue.

In 1842, when Herschel presented his invention to The Royal Society, Anna decided to use this technique to document botanical collections. The following year, she began creating a series of cyanotypes of algae in the south-east of England. It was an incredibly labour-intensive process, but at the same time more efficient and precise than the drawings she had produced before. This new technique allowed for faithful reproduction of those specimens that were too small to be drawn in a lot of detail. Each seaweed was placed by the nature archivist on a soaked sheet and pressed down with a glass pane, then exposed to light for 15 minutes before being developed.

The album British Algae: Cyanotype Impressions, the result of Atkins’s work, consists of plates presenting a collection of over 400 algae specimens. They seem to be dancing in the midst of an ocean of Prussian blue. Due to exposure, some images are ethereal and almost three-dimensional. The simplicity and amount of detail introduce the viewer to a microcosm of the underwater world of primal matter. What’s notable is the excellent composition of each frame and the handwritten captions below each item. The letters that create the titles of each chapter seem to be made of fragments of algae. The level of care, sense of composition and authorial markings below the photograms make this a pioneering achievement in the field of book arts. The set was created over a span of 10 years and the date of the publication of the first volume (October 1843) makes it the first photographic album in history (the whole set consists of three volumes; consecutive editions may differ slightly in content). In those pioneering times, cyanotype, as a positive-negative technique, did not allow for making copies, therefore each print was created individually and was unique.

Undertaking this revolutionary work, Anna Atkins didn’t care about recognition for her own input and only signed the album with the letters ‘AA’ which, apart from being her own initials, could also mean ‘Anonymous Artist’. The book was designed as a supplement to Manual of British Algae by William Harvey. Ultimately, the supplement proved much more important than the book it was supposed to illustrate.

Up until recently, in studies devoted to the history of photography, William Talbot’s The Pencil of Nature was listed as the pioneering publication using this technique to its full extent. And nothing would have changed if not for the young photographer and historian, Larry Schaaf who, in the 1970s (at the time he worked for the University of Texas in Austin, now he is at Oxford) stumbled upon several blue photos in The Gernsheim Collection acquired by his university a decade earlier. Helmut Gernsheim and his wife Alison, authors of the impressive The History of Photography, assigned the blue photograms to Herschel in the second edition of their book. The probing young photography scholar called this attribution into question. He carried out a historical investigation, which took him to London, where he discovered Anna Atkins’s legacy in the form of several three-volume sets of British Algae in the collections of the British Library and The Royal Society, among others. This convinced him that the author of cyanotypes was indeed Atkins and that she should regain her rightful place in history.

In contrast to The Pencil of Nature, Atkins’s album was never officially published, promoted or commercially distributed; the author published it on her own over the span of 10 years, gifting consecutive copies to scientists and friends sharing her botanical interests. In 1985, Schaaf wrote a monograph of the artist, entitled Sun Gardens: Victorian Photograms by Anna Atkins. True recognition of her art has come in recent years, thanks to an exhibition organized on the 175th anniversary of the release of the first volume in New York Public Library (NYPL), which has a copy of the album in its collection, gifted by Atkins to Herschel.

Altogether, the NYPL devoted two exhibitions to the photographer: one presented her original pieces; the other showed art inspired by Atkins’s works, especially from the mid-19th century, focusing on themes topical for contemporary art, such as the role of the female artist and women’s voice in art, the link between art and nature, ecology and scientific discourse.

After her father’s death in 1852, Anna stopped working with algae, but continued her cyanotype adventure. Together with her childhood friend, Anna Dixon, she focused on ferns and feathers, often arranged into complex compositions. Those late achievements shifted the significance of her work from the documentary towards the artistic.

Anna Atkins died in 1871. Her grave in Halstead does not mention her pioneering achievements. The inscription informs us simply that Anna Atkins lies there, wife of John Pelly Atkins and daughter of John George and Hester Children. 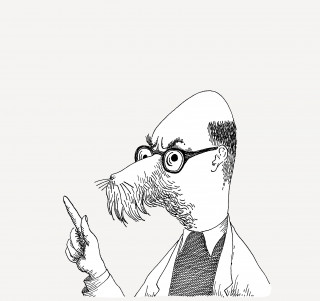 Is That a Quantum in Your Nose?
The Science of Smell

Magazine / science
Fragrant perfumes, a freshly-baked loaf of bread, the odours of a summertime rush-hour bus – smells are all around us. But from a scientific perspective, what exactly are smells? Maciej Świetlik
Czytaj 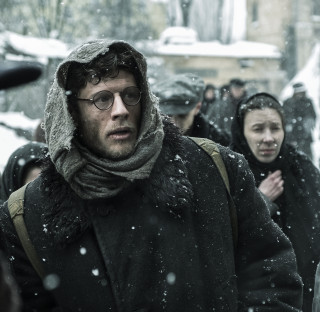 Reading / culture
Agnieszka Holland talks about her new film “Mr. Jones”, and how we find ourselves at a timely moment for a story about a journalist uncovering brutal facts amid perfidious misdirection. Mateusz Demski
Zobacz 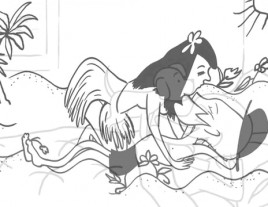 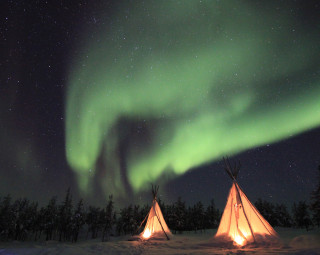 The Great Outdoors Is Nature’s Healer

Magazine / culture
Urban living brings with it great intellectual gains, yet living outside in nature can bring manifold benefits, too. Jill Neimark
Newsletter