I am a lazybones. That’s not me being cute; it’s the brutal truth. I wouldn’t be particularly worried about it, as at retirement age this attribute is perfectly justified. After decades of honest work, every old person deserves the inalienable right to twiddle their thumbs and relax whenever they want to. Relaxing, resting, recharging run-down batteries – that’s what people (including me) need when they still want to take on some task from time to time. But for a true lazybones, that’s not how it works. In order to relax properly, a true lazybones (reminder: me) doesn’t just need to rebuild their physical strength, but also to restore order in their head. To fully satiate your sloth, you have to eliminate the merest shadow of thinking about work. And how am I supposed to keep my thoughts in order when, for example, I take a week off during which even if I lie motionless, sprinkled with elegant water and fanned by beautiful women, thoughts surge through me about everything I have to do in a couple of days? Even increasing the intensity of sprinkling and fanning doesn’t help.

Well, okay, somebody will say. Take two weeks off, or a month. That’s what people do. Ha, ha, ha – people, maybe, but not lazybones. If I merely think about the amassing of things put off for ‘a month from now’, I go weak. 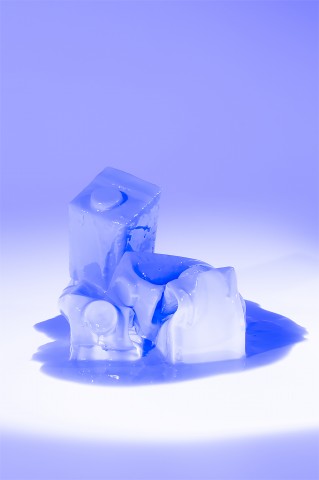 Media / Photo
Some years ago, I began refusing to eat meat entirely. My objection being based neither on ecological nor ethical grounds, I could only guess at what mechanism of a personal eschatology drove my alimentary choice. – Ksenia Yurkova

The question is whether there’s any way out of this snare. Well, there is.

You have to create a situation in which doing nothing is a state independent of us, irrevocable and irreducible. A state in which there’s no repetition of reflections such as: “Man (here any other exclamation can be inserted), I’m lying on this bloody sand again, rather than quickly doing what I’ve put off, and no longer having to think about it.” How can we achieve such an unshakable alibi for mental motionlessness? I have a few suggestions, though citizens who are close to me in spirit will certainly make up quite a few more. Here are a few examples of simple situations that free a lazybones from pangs of conscience:

– we spend two or three days (the choice is yours) a week in a pension in the Alps, beautifully appointed but cut off by an avalanche from the rest of the world, and, of course, from the internet.

– we’re passengers on a luxury cruise liner, which, while waiting for help, drifts through the vastness of the ocean. In an attack of madness, the captain has ripped out the ship’s wheel and all the cables, making any communication impossible. The bars and restaurants are plentifully stocked.

– we’re spirited away by an incredibly charming princess (or prince) who’s fallen in love with us, to a mysterious land at the end of the world. We have everything except our freedom. The prince or princess’s feelings will last as long as necessary: thought-free relaxation guaranteed.

So using any of these examples, or creating new ones, modified but meeting the basic boundary conditions, will allow anyone to gather their strength without any fear that this process will be disturbed by untimely pangs of conscience.

Lazybones of the world – unite!

Media / Photo
Some years ago, I began refusing to eat meat entirely. My objection being based neither on ecological nor ethical grounds, I could only guess at what mechanism of a personal eschatology drove my alimentary choice. – Ksenia Yurkova
Zobacz 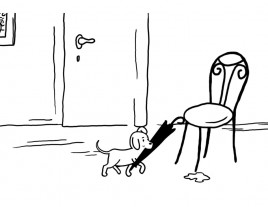 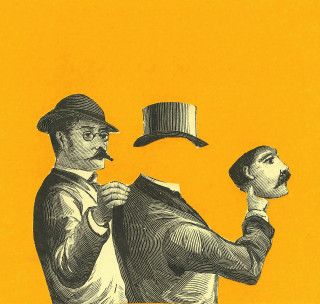 Why After All This One and Not the Rest?
Wisława Szymborska’s Extraordinary Postcards

Reading / culture
Wisława Szymborska is mostly known across the world for her poetry. Yet the Nobel Prize winner had another talent up her sleeve - since the 1970s, she’d been making witty collages pasted to postcards. Adam Zdrodowski
Czytaj

Magazine / society
In this edition of “Miracle Diet”, we look at how to cook with the fruit of the rowan tree, the history of the parsnip, and life living on an allotment. Monika Kucia
Newsletter