This anecdote, read somewhere a long time ago, resurfaced lately from the depths of my memory: the Indian Jesuit Priest Anthony de Mello was walking with a friend by the edge of the sea where thousands of jellyfish had been washed ashore to certain death. Without interrupting conversation, de Mello would bend down every few moments to collect the unfortunate creatures and put them back in water. His interlocutor noticed: “You are not going to save them all, why bother?” De Mello replied: “Ask the ones I rescued.”

I don’t know whether saving jellyfish stranded on a beach is the right thing to do or not. However, that is not the point of the anecdote. I read it rather as making a declaration: an act motivated by empathy is never insignificant – even if its practical consequences are minimal. It is so easy to say: “That won’t change anything.” But for whom? This little story shifts attention from the human interest and the values professed by our culture (that an activity must be effective, that is to say, remunerative in one way or another, in order to be worthwhile) to that of an animal – in this case, a very inconspicuous one, gelatinous and certainly redundant when considered with human economy in mind. In this shift of attention, I read a premonition of an environmental logic, one that will certainly not rescue our civilization but perhaps something else, without which this civilization is not exactly worth rescuing.

Reading / feuilleton
Interconnectedness – the idea that everything is connected with everything else – is a pertinent example of how science can meet with poetry and spirituality.

Much has been said and written lately about the neoliberal tendency to transfer the responsibility for ecological crisis, including that which scares us most, that is to say, the accelerating climate catastrophe, to individual consumers. Placing the blame on us, ordinary people, is one more trick of the corporations, which in this way can continue to exploit the remainder of our common resources. Maciej Rosiński, among other commentators, has written interestingly on this topic, taking a close look at some of the metaphors of the Anthropocene, including that of carbon imprint, which ascribes a ‘portion’ of damage to individual consumers.

In the dramatic situation in which we currently find ourselves, we must demand systemic solutions. Without a radical restructuring of the global economy, without profound social and political changes, we will not survive – that is now a known fact. But does that entail that all individual effort – to reduce the amount of garbage we produce, especially plastic, to support fair trade, to choose ecological means of transportation, to respect local water supplies, cut down on meat – are meaningless? “That won’t change anything.” I don’t know how many times I have heard this mantra in recent months. My answer is: it won’t change anything for whom? A single plastic bag is enough to strangle a turtle. Sure, sorting our garbage won’t save the planet, but at least we may limit our contribution to the Sixth Great Extinction. Playing down the importance of individual effort as not productive enough seems to me to be dangerously in sync with the logic of the system that causes the catastrophe, because that system values productivity above all else.

In light of unfolding catastrophe, I would like us to remember about one turtle, one jellyfish, a stretch of woods without garbage, a clean beach, one neighborhood where old trees have not been cut down. We are not alone here and other creatures are not just numbers, ‘pieces’ and kilograms, but also individual beings. Lack of respect for more-than-human life on Earth, independent of us and not necessarily ‘useful’, the inability to look at life though a different lens than that of economy and profit is not some secondary issue. It is, in fact, one of the essential qualities of our suicidal civilization.

Besides, where will the vision of a new, reformed, ecological and more empathic world come from unless we acquire – all of us together and each of us individually – a greater empathy; unless we learn a more ecological way of thinking and acting? How, without personal practice, could we invent and imagine a new and better future?

We must fight the system. This really is the most important challenge now. We must act, organize ourselves in groups, demand systemic solutions. At the same time, we must become responsible consumers – consumer pressure works! We must buy less. Set the trend for second-hand goods. Save food and water. Choose trains instead of airplanes. It is not just about whether or not we will save the planet. It is also about how we are going to live together with others in the time that is left; it is about who we are, for whom.

Reading / feuilleton
Interconnectedness – the idea that everything is connected with everything else – is a pertinent example of how science can meet with poetry and spirituality.
Czytaj
Paulina
Wilk

Reading / feuilleton
On 14th June 2019, 13-year-old Inga Zasowska started her climate strike outside the Polish parliament. It’s children like Inga and Greta Thunberg who can bring us hope – if only we would listen to them.
Czytaj
Jarosław
Mikołajewski 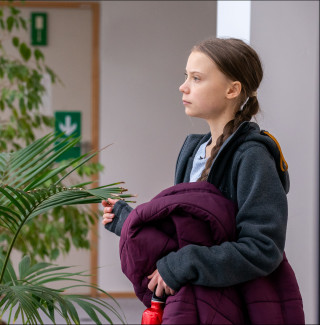 Magazine / society
Today, Greta Thunberg is an icon of the battle against global warming. The unassuming 16-year-old has brought impetus to a worldwide youth movement, but what comes next? Paulina Wilk
Czytaj 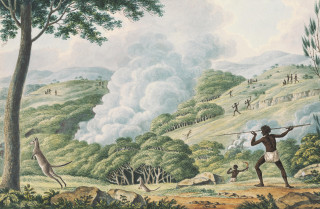