In the 1960s when I was growing up, bodies awaited burial at home. In the block of flats where we lived, the caretaker would hang out a black flag above the entrance and all the neighbours would tiptoe past the wreath attached to the unfortunate person’s door. To me the smell of candles, flowers, perfume and shaving lotion became the scent of death.

Neighbours – even children! – were expected to express their condolences to relatives and attend the wake with the body displayed in its coffin in the middle of the living room. I remember an uncle whose jaw had to be tied and an aunt wearing a headscarf, though not the threadbare one she wore all her life but a brand new black one made of the finest fabric. And the body of a child, a year or so younger than me, the sight of which paralysed me with guilt: had I gone with him, could I have persuaded him not to go climbing on the railway carriages?

A decade later, my grandmother died and her open coffin was displayed in a funerary chapel at the municipal cemetery outside town where we also received condolences. After her, dying moved into hospitals. We would bid our farewells at closed coffins, even those less frequently as urns became more common.

A part of my brain was never able to link the person I knew with that small metal pot of ashes.

When my mother died the year before last and I received a call from the hospital, the nurse asked me whether I wanted to see her. I felt like my affirmation had caught her by surprise (I hope she didn’t pick up on my hesitation, my fear of facing the body.)

In the heroic times of ancient Greece and Rome, champions died in public, before an audience on the battle field or at home. In the Middle Ages, every thought was supposed to be geared towards death and even centuries later people wore reminders, small skulls, like the small medallion on the hat of one of Holbein’s ambassadors, whose motto is Memento Mori.

When, towards the end of the 19th century, Ivan Ilyich is dying in Tolstoy’s eponymous masterpiece, death is already hidden away in the room. His dying is the first example of modern death: finding a diagnosis, medication, and especially a false optimism when everyone around the ill person acts as if things are more or less normal. Ilyich suffers when he has to participate in this charade, pretending that everything is as usual, but he cannot muster the courage to stand up to them – a conformist life leads him to a conformist death.

With the growth of health systems and an increase in hospital beds, dying is finally moved into specialized institutions. When people fall critically ill, they are taken to hospital and, if nothing that can be done for them, we receive their ashes from the crematorium.

We can imagine illness and death in old houses and flats, but is there anything harder to associate with it than the metal and glass of banks and shopping centres? Let me quote one of my own literary characters, “...and it dawned on me why I like shopping centres so much. Because they are larger than life. Here there is no old age and death, no ill people. I once saw a woman collapse, grabbing her chest. She was taken away immediately – she had no business dying in a shopping centre! This is a place for the healthy and the young, here life is as it should be in a world ruled by a God that is good.”

The old lady standing outside the beauty shop is living proof that their concoctions don’t work. The old man limping past the shop with orthopaedic aids is exposing their lies.

We live in an era where appearances are the tyrant we all serve. The world in which there are ever fewer young, and health is ever more tailored for them. Just think of the gig economy: uncertain, temporary work that used to be undertaken by trainees, comforted by the knowledge that it would last only a month or two. Now it is for life, and those undertaking it have no right to fall ill or grow old. They can also not plan their future because a perpetual present is all that they are offered.

Old age is no longer wise but just useless. After a certain age, a person can no longer find employment and this age keeps getting lower. Gradual changes in relationships and values in society are like the fabled frog that gets itself cooked without noticing.

Then along comes COVID-19, the virus that most badly affects the old and the ill (as is now noted: with underlying illnesses), and all of a sudden our marginalization of the old and the ailing, our Instagram-world of total influencers, has been given an acceleration – we have ended up decades in the future. The old and the ill are locked at home, good people drop off food outside their door, and if they do go out, they can do so during the invisible hours reserved for them. In Serbia, they can go shopping at 4am! They have thus literally become creatures of the night, the living dead, like vampires.

There is nothing wrong, of course, with excluding the vulnerable at times of acute danger and it is only right that we protect them. But when will this danger end? Once excluded, when with these people become included again?

In isolation you wither and quietly die, because isolating creatures that are made for living in society and socializing can end no other way. There have been other examples of killing off the old and economically unviable, such as the mythical lapot in Serbia or ubasute in Japan.

COVID-19 has given us an insight into the future, leaving us at a crossroads: will we continue along the path towards segregation according to age and health, or will we turn our step towards a more inclusive society?

When governments present the public with plans for restarting their economies, they should also present plans for re-inclusion of the excluded. 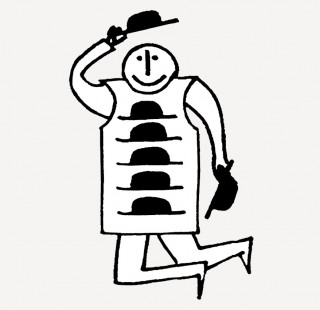 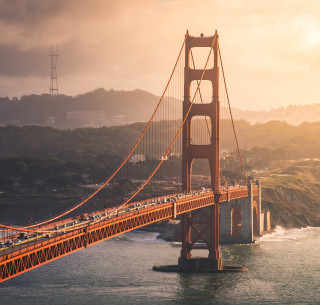 Magazine / science
Positioned between red and yellow, this fiery hue is often hidden in plain sight—be it in the paint decorating the Golden Gate Bridge or on the leaves of most plants. Szymon Drobniak
Newsletter